The "Reconnecting Communities" program will fuse racial equity into roads while dismantling long standing highways and awarding millions in grants to address feelings of harm. 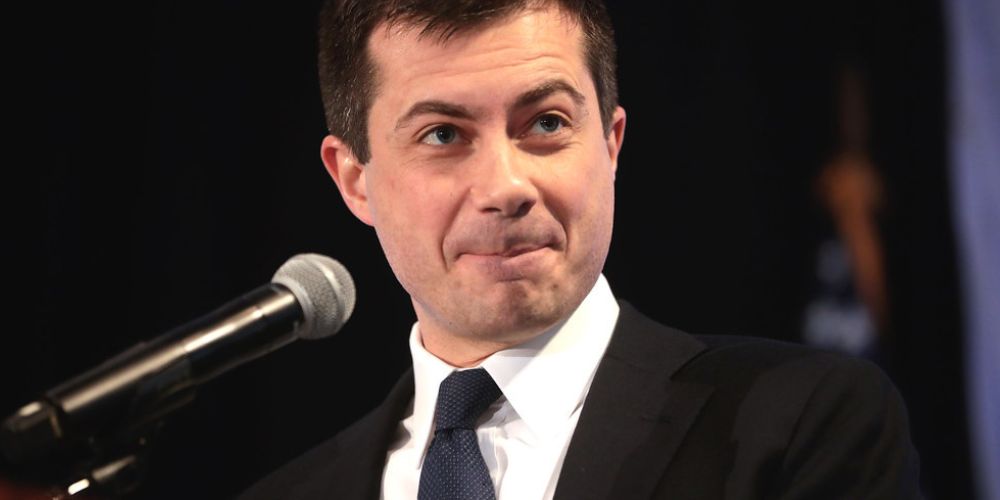 NPR describes this endeavor as a "first-of-its-kind pilot program aimed at helping reconnect cities and neighborhoods racially segregated or divided by road projects."

Buttigieg had been loudly preaching that there was racism built into America's roads since he became Transportation Secretary. In April of 2021 he said that "there is racism physically built into some of our highways" and he laid the foundation for the Reconnecting Communities program when Biden announced his $2.2 trillion infrastructure package.

In November 2021 the "Bipartisan Infrastructure Law" passed and Buttigieg fielded questions about what the package entailed at a press conference. He was asked by CNN's April Ryan, "can you give us the construct of how you will deconstruct the racism that was built into the roadways?"

Buttigieg didn't get into too many details but said,"I'm still surprised that some people were surprised when I pointed to the fact that if a highway was built for the purpose of dividing a white and a black neighborhood or if an underpass was constructed such that a bus carrying mostly Black and Puerto Rican kids to a beach, or that would have been, in New York was designed too low for it to pass by, that that obviously reflects racism that went into those design choices."

Buttigieg implicitly referred to the leftist myth that New York City civil engineer Robert Moses designed the underpass to Rockaway Beach for racist reasons. The myth originated in Robert Caro's 1974 book The Power Broker and has been consistently laundered into public discourse since.

Buttigieg's modus operandi is consistent with application of Critical Race Theory which purports that any statistical disparity among ethnic groups is hard evidence of racism. Pursuing "equity" is not synonymous with pursuing equality under the law. Rather, to pursue racial equity one starts by looking at a statistical disparity, in this case regarding infrastructure, assuming the disparity is from racism and then skewing or adjusting the system to favor the group deemed disadvantaged.

According to ABC News, "Under the Reconnecting Communities program, cities and states can now apply for the federal aid over five years to rectify harm caused by roadways that were built primarily through lower-income, Black communities after the 1950s creation of the interstate highway system." The qualifying analysis for "harm" is unspecified but NPR reports that it revolves around if a group "feel racially harmed."

The solutions to correct these feelings of "racial harm" are new rapid bus lines, bike lanes, pedestrian walkways, all of which are ubiquitous goals in the infrastructure package anyway.

Some new goals are the repurposing old rail lines and, most significantly, removing highways that are felt to be harmful. $195 million in grants will be awarded with $50 million to "planning studies" alone.

Finally a "thriving communities" plan will launch with the help of  Housing and Urban Development Department ostensible to help communities thrive.

"This is a forward-looking vision," Buttigieg said. "Our focus isn't about assigning blame. It isn't about getting caught up in guilt. It's about fixing a problem. It's about mending what has been broken, especially when the damage was done with taxpayer dollars."