BIDINFLATION: Prices of goods and services skyrocket yet again

The US is experiencing the highest inflation rate in almost 13 years, with US consumer prices rising 5 percent from just a year ago. 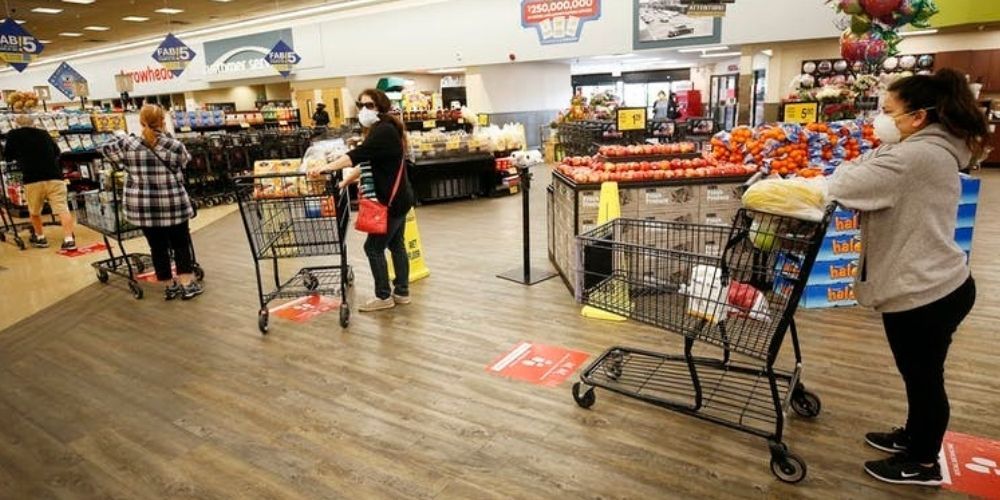 The US is experiencing the highest inflation rate in almost 13 years, with US consumer prices rising 5 percent from just a year ago.

A report from the Labor Department states that May's increase in consumer inflation is the largest the country has experienced since August 2008, when the US was in a deep recession after the housing bubble burst.

May's jump follows a 4.2 percent rise for the year ended in April. The core-price index, often excluding volatile categories of energy and food, rose 3.8 percent in May from the year prior, marking the largest jump since June 1992.

Used cars jumped 7.3 percent from the previous month, which drove one-third of the rise on the overall index.

According to the Wall Street Journal, "The annual inflation measurements are being boosted by comparisons with figures from last year during Covid-19 lockdowns, when prices plummeted because of collapsing demand for many goods and services. This so-called base effect is expected to push up inflation readings significantly in May and June, dwindling into the fall."

The rise in prices comes from a number of reasons experts say.

The shortage of computer-chips for new cars have caused the prices for those cars to skyrocket, pushing the public to seek out used cars, the price of which has also increased. Rental-car prices rose due to companies selling off their fleet last year as demand fell, only to see the demand for travel boom this spring.

Companies experiencing higher prices for wages and raw materials are passing the bill to customers.

"U.S. gross domestic product rose 6.4% at a seasonally adjusted annual rate in the first quarter. Economists surveyed by the Wall Street Journal in April forecast the economy to grow at an 8.1% annual rate in the second quarter, leaving it poised for its best year since the early 1980s," the Journal reported.

The Fed expects inflation to rise temporarily this year, with the potential for the central bank to make aggressive moves to achieve its 2 percent average inflation goal.

"The central bank's inflation goal is based on the Commerce Department's price index of personal-consumption expenditures, which tends to run a bit below the CPI. The Fed has said it would hold rates near zero until PCE inflation is averaging 2% and full employment has been achieved," the Journal reported.

According to chief US financial economist at Oxford Economics Kathy Bostjancic, the Fed intends to overshoot that 2 percent goal by a moderate amount "because that could be good for the economy."

"Higher inflation would mean higher interest rates, which would give the Fed more room to cut rates in the next economic downturn." she said.

9.3 million job opening were available in April, the highest since records began in 2000. White House press secretary Jen Psaki said last month that the raised unemployment payments were not to blame for people choosing not to work.

Chipotle Mexican Grill has raised prices for its menu by around 4 percent to cover the cost of wage increases as well as higher commodity prices, said Jack Hartung, chief financial officer of Chipotle.