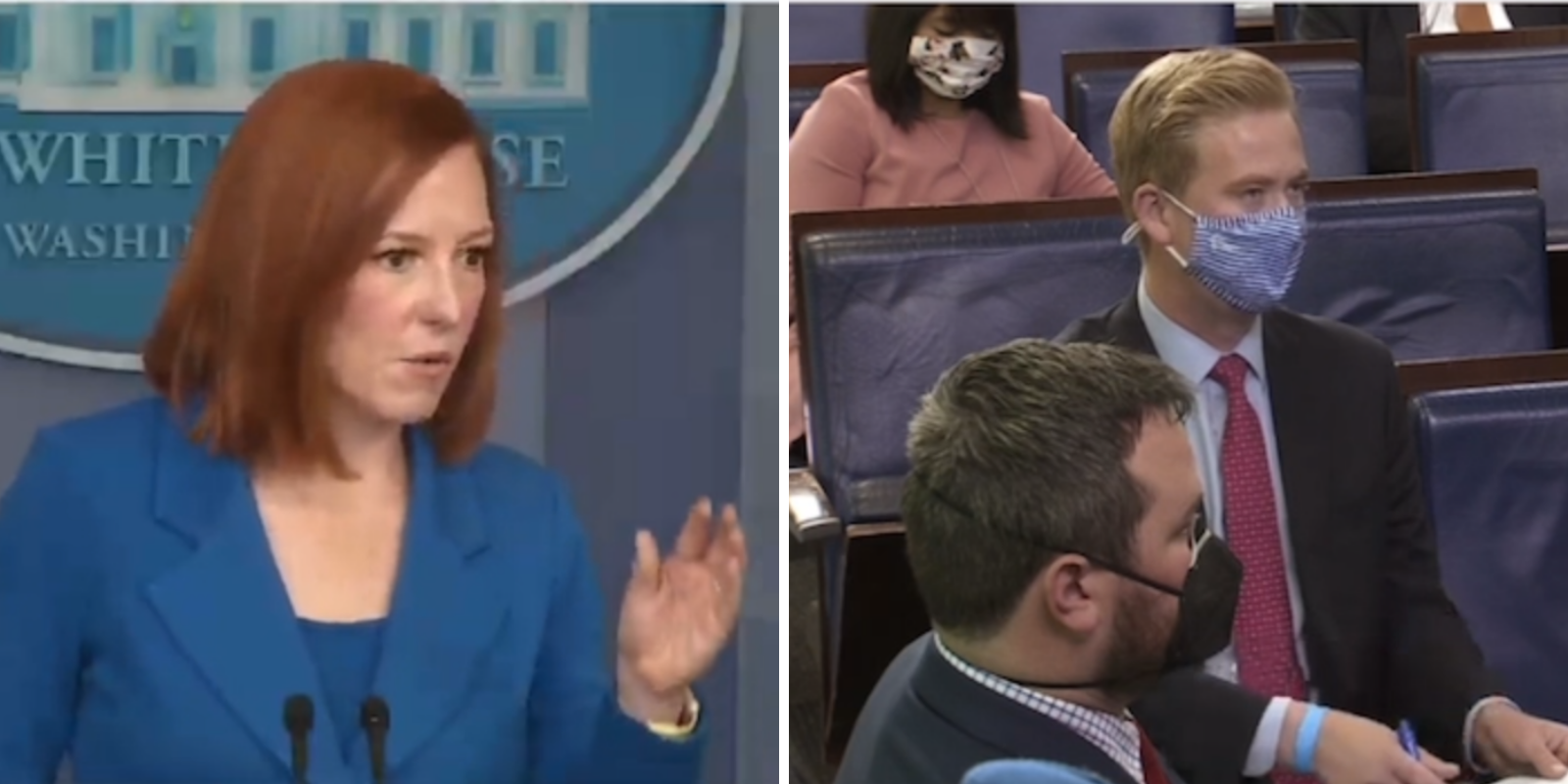 White House Press Secretary Jen Psaki continued on Monday to deflect concerns that the increased federal unemployment benefits, that aren't set to expire until September, are contributing factors to the sluggish jobs numbers released on Friday.

"Employment only rose by about 266,000 jobs in April, out of 7.4 million or so  job openings," Fox News' Peter Doocy asked Psaki. "How does the White House know that people are just choosing not to apply for jobs because the extra unemployment benefits are so good?"

"First let me say that we have looked at the data, and Secretary Yellen alluded to this on Friday, we don't see much evidence that the extra unemployment insurance is a major driver in people not rejoining the workforce. We actually see the data and our analysis shows that lack of vaccination, the lower rate, which is why I referred to the data in the week that it was taken. It has an impact.

"Childcare has an impact. Schools reopening has an impact. But there is also the need to pay a livable, working wage, and that's one of the reasons the president will talk about that this afternoon."

"Bank of America economists who were cited in a Bloomberg story say that anyone who is making less than $32,000 a year is financially better off just taking the unemployment benefit," Doocy said. "So is the White House creating an incentive just to stay home?"

"Again, the majority of economists, internally and externally of the White House," Psaki said, matching experts for experts, "don't feel that unemployment insurance, something that was done at a time where to help unemployed people get through a very difficult economic downturn, during a pandemic, is a major driver in our unemployment data.

"That there were other factors, bigger factors, that were contributing, have been contributing to the numbers we saw on Friday. That's what we're working to address, and that's where we think our solution should be focused."

Doocy followed up with a question about what those bigger factors might be. "The commerce secretary said people are staying home is 'fear.' How does the White House know that people are scared? What is that based on?"

"Well I think what she was referring to," Psaki said, "is the fact that there was a much lower vaccination rate just a month ago. And that people are fearful about getting sick. They are fearful about whether they are going to have the conditions to be healthy, whether they can send their kids to a child care center, whether there is a child care center, so those are all factors that are consistent with the examples and reasons I just provided."

President Biden offered his attempts at damage control on Friday, saying that "This months job numbers show we're on the right track." He said that the jobs numbers shows even more how essential his American Rescue Plan, or as conservatives are beginning to call it, the American Bankruptcy Plan, really is. Biden blamed the Trump administration for the current economic turmoil.