Bill 21 is not the problem critics think it is

Anyone presently wearing a visible symbol of their faith – notably the (visible) cross, the kippa and the hijab – may continue to serve out their tenure, but new candidates must be symbol-free. In addition, face cover in the getting and giving of public services will be banned. 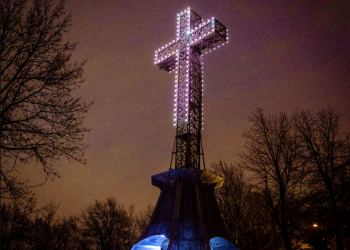 Bill 21, “An act respecting the laicity of the state,” is ramping up for passage in Quebec. It will impose complete neutrality with regard to religion-signalling on the province’s public servants in areas such as elementary and high school education, the courts and law enforcement. Anyone presently wearing a visible symbol of their faith – notably the (visible) cross, the kippa and the hijab –  may continue to serve out their tenure, but new candidates must be symbol-free. In addition, face cover in the getting and giving of public services will be banned.

The law can only pass under the rubric of the Notwithstanding Clause, because it supersedes the Charter right to freedom of religion and its expression. A clear majority of the population supports the bill, and the use of the notwithstanding clause.

Apart from the issue of separatism, I have rarely seen such a dichotomy of opinion—very heated opinion—between the “two solitudes.” All the federal parties oppose it. My colleague, Andrew Coyne, referred to the law as a “depravity.” Prime Minister Justin Trudeau declared that it was “unthinkable to me that in a free society we would discriminate against people based on their religion.” (This from a national leader who will not allow anyone with pro-life views to sit in his caucus.)

I hold the distinction of being virtually alone in the anglo punditry in offering support and encouragement for the law. It is neither racist nor irrational to ask that the public service reflect the guiding vision of the society they serve, and in this case, the vision is one of “laicité”— secularism—and integration into a common culture—we used to call it the “melting pot” school of immigration, and it used to be considered a fine ideal—which in key respects runs directly counter to the philosophy of multiculturalism that dominates the rest of Canada, pointedly summed up by Justin Trudeau’s approving characterization of Canada as a “post-national” country with “no core identity.”

Religious symbols never arose as a threat to secularism before the hijab and the niqab came into more noticeable use, and therefore critics claim the move to complete neutrality is more a reaction to female cover than to religious symbolism in general. Fair comment. Let’s face that head on instead of mincing around the subject. For it is true: Female cover, especially face cover, was certainly the tipping point in “accommodation” for highly feminist Quebec. It begat interrogation of what the cover means. Is it really a symbol of faith alone? Or is it more than the sum of its parts?

Here is a little thought experiment. Pick any group of Jews at random—observant, semi-observant or completely secular. Ask them: what is the kippa? All—from the most uninformed to the most erudite regarding their religion—will tell you it is a symbol of religious observance. Do likewise with any group of Christians regarding the cross. They will all tell you it is a marker of Christian faith.

Now gather your group of Muslims: covered, uncovered, secular. Ask them what the hijab and the niqab signify. You will receive a variety of answers. Some will say it is only a religious symbol or a family custom or a sign of sexual modesty in keeping with their faith tradition. Others will tell you that full face or complete head cover are customs associated with certain countries like Saudi Arabia and Iran, where they are linked to fundamentalism, anti-westernism and patriarchy.

Many will tell you it is a symbol of personal “empowerment.” Influential American activist Linda Sarsour, for example, admitted that before she put on the hijab, she was just “an ordinary white girl,” but after donning it, she suddenly became perceived both as a person of colour and someone whose political and ideological views had to be taken seriously. That is certainly not the case with the cross or the kippa.

(Indeed, it is interesting to note that while the first impulse after the recent New Zealand mosque massacre was a mass donning of head cover by politicians, media people and citizens to signify solidarity with Muslims, it had not occurred to politicians or media people to don the kippa or a prayer shawl after the Pittsburgh synagogue massacre, nor did media people and politicians don big visible crosses after the 2015 Charleston Church massacre. Nor should they have.)

If the courageous Raheel Raza of the Clarion Project, who heads up the Council for Muslims Facing Tomorrow, were a member of your focus group, she would tell you that face cover is for a significant number of Muslims the outward symbol of political Islam. As Raza wrote in 2015, “The niqab and burka have nothing to do with Islam. They’re the political flags of the Muslim Brotherhood, ISIS, the Taliban, al-Qaida and Saudi Arabia.”

You might find other Muslims to rebut Raza’s claims, but the fact that there is strong evidence to support her claim should be enough to tamp down accusations of “Islamophobia” levelled against those who want no part of it in public services. At the very least, it is fair to say that female cover amongst Muslim women is not the straightforward religious symbol it is for Jewish men and Christian women.

How can you call curtailment in the public sector of a phenomenon so contested within its own religious borders a “depravity”? How can critics call racist a law more moderate than similar laws the European Court of Human Rights has deemed justifiable in many European countries, all as democratic as Canada?

Ironically, one of the first cases that Court heard on this subject, in 2005, involved a human rights complaint filed by a university student in Turkey, aggrieved by that country’s ban on hijabs on campus. Turkey as we know is an Islamic country, but one that still prefers certain common forums to remain secularized. Egypt bans face cover in universities for security reasons. The bottom line on the niqab and the hijab is that the former is simply beyond dispute a form of female erasure, and distressing to see in a free society, and both represent far more complex forms of signalling than other religious symbols.

Finally, forgive me if I roll my eyes a bit at all the hand-wringing over the alleged victims of this undemocratic law. Cast your mind back to August, 1977, when the Charter of the French Language, Bill 101, was passed into law under the Parti Québécois. “Bill 101 dramatically altered the mindset and psyche of the anglophone community, which had never seen itself as a minority,” said Robert Libman, a leading anglophone-rights advocate in the ’80s and ’90s and a former member of the legislature for the Equality party. “The law clearly, clearly, established the fact that we were now second-class citizens.” And linguistically speaking, so we were, and are.

There were court challenges, of course. The Supreme Court ruled in 1984 that it was a violation of the Charter of Rights and Freedoms to force children instructed in English elsewhere in Canada to attend French schools in Quebec. And ditto for French-only signage. But Liberal premier Robert Bourassa used the notwithstanding clause to maintain French-only signage, later watered down to allow other languages if they were half the size of the French.

The result? Hundreds of thousands of anglos left the province. Those who stayed accepted the situation; some (as I did years later) even conceded that without the law, immigrants would have mostly opted for English instruction and the French character of Montreal certainly would have been very eroded. In the end, the fact that an “undemocratic” law worked to bolster the security of Quebec’s distinct character reduced the threat of separatism.

The moral of the story is: Language is every bit as central to human identity as faith. And yet, as we’ve seen, language rights can be abrogated in service to a distinct society’s greater principle (or one deemed more important by a majority of the people therein) and the society does not collapse into a totalitarian cesspool. It rumbles on quite democratically in other respects, and everyone gets used to the new normal.

So: If you can’t bear to remove your faith symbol for eight hours a day in the interest of your chosen society’s preferred vision of “vivre ensemble” (living together), then you have the option of finding work in the private sector, or moving elsewhere in Canada. The anglophones in Quebec, who became second-class citizens in 1977, also had that exact choice. Those who stayed found jobs in which lack of fluency in French was not a detriment to success. They coped and their bitterness mostly melted away. Their children became fluently bilingual, because that was what was expected of them. Today, if you’ve noticed, we’re all getting along splendidly.

I predict, once Bill 21 has been in force for a few years, the new generation will have no problem conforming with the law, because it will seem normal to them. And we will all continue to get along splendidly. And as for Julius Grey (constitutional lawyer irresponsibly calling for civil disobedience and appeals to the United Nations) I suggest, taking my cue from a former moment of anglo angst in Quebec, he “take a Valium.”