"Now, I'm 'Team Dave' but that doesn't mean I'm anti-trans. We can have two thoughts in our head at the same time." 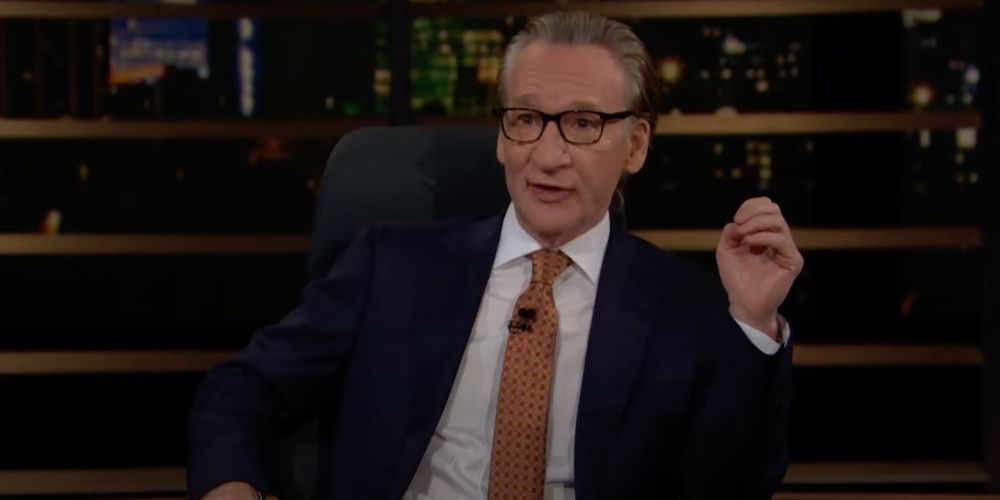 In Friday's episode of Real Time with Bill Maher, the show’s  namesake slammed the response Dave Chappelle's Netflix special The Closer received from the left, including NPR's review of the performance accusing Chappelle of white privilege.

"There isn't just one true opinion. I'm a free-speech guy," Maher said. "Now, I'm 'Team Dave' but that doesn't mean I'm anti-trans. We can have two thoughts in our head at the same time."

Maher went on condemn the accusations against Chappelle claiming that he is "transphobic."

"And when I hear transphobic phobic has a meaning, fear. I'm not transphobic if I merely disagree with you, it's not hate," said Maher.

"So one of the reactions from someone who worked at Netflix says, 'This is not an argument with two sides.' Well, right away you lost me. 'It is an argument with trans people who want to be alive and people who don't want us to be.' Well that's just ridiculous. Dave Chappelle does not want you to not be alive," Maher continued.

"It's just, you know, you're not automatically right if you're trans, you're completely equal, you're just not automatically right, and it doesn't behoove everybody to get their mind around very new changes, I mean, we were boy and girl for a very long time," he added. "It's only been 10 years since how long have we had gay marriage, you know, I mean, talking about the Democratic voter I'm sure there's a guy in Ohio going 'I just got on board with gay marriage, could you give me a minute?'"

"This idea that we're not, we're not any gender when we're born is very new and very radical that you're born, it's just jump ball – you have a penis it could mean you're a boy but that's -- I mean that's a very new idea and I'm not sure I'm down with all of it, and I don't have to be," Maher said.

Maher went on to discuss reviews of the special, including NPR's review accusing Chappelle of white privilege, and the large discrepancies in ratings between audiences and critics.

"I'm just gonna read this one from NPR, because the reviews from the critics, so at variance with the audience. Rotten Tomatoes, that's a amalgam of reviews I think in this case seven is, his special got a 43%, audience 95. Says a lot about the differentiation between real people," said Maher.

The walkout was planned by activists who had a list of demands. Those employees stated their demands as follows: "We want the company to adopt measures in the areas of content investment, employee relations and safety, and harm reduction, all of which are necessary to avoid future instances of platforming transphobia and hate speech."