"Too often in The Closer, it just sounds like Chappelle is using white privilege to excuse his own homophobia and transphobia," wrote NPR television critic Eric Deggans. 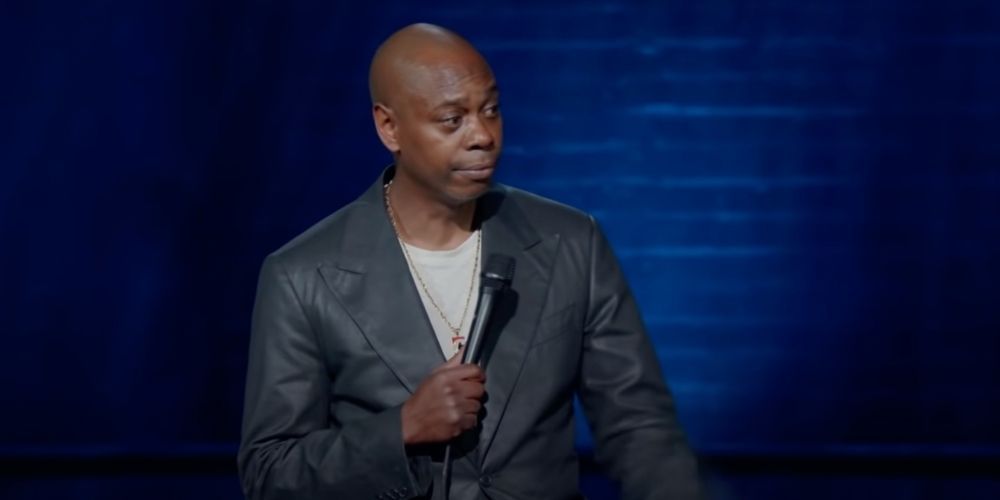 Following the release of Dave Chappelle's latest Netflix special The Closer, the famous comedian is receiving criticism for how he tackled topics of gay rights and race.

"Too often in The Closer, it just sounds like Chappelle is using white privilege to excuse his own homophobia and transphobia," wrote NPR television critic Eric Deggans.

"And the message Chappelle has for those who have criticized him about transphobic, homophobic or any other phobic jokes seems to be: Race trumps all," wrote Deggans.

Deggans points to a line where Chappelle joked that "If slaves had oil and booty shorts on, we might have been free 100 years sooner," as an example.

"But lines like that assume that the struggle over oppression is a zero-sum game — that because some gay people have access to white privilege in America, all their concerns about stereotyping and marginalization are hollow and subordinate to what Black people face," wrote Deggans.

"It ignores the fact that there are plenty of nonwhite gay people who face oppression for both their sexual orientation and their race," he continued. In defense of his argument that yes, racial issues in society trump 2SLGBTQQIA+ issues, Chappelle told a story about how he nearly got into a fight with a gay man, who then called the police.

"He picked up his phone and he called the police," Chappelle told the Detroit crowd. "And this, this thing I'm describing as a major issue that I have with that community. Gay people are minorities until they need to be white again."

In the special, Chappelle said "Clearly my problem has always been white people. I've been arguing with the whites my entire career."

Deggans also points to an earlier story in the special where Chappelle talks about rapper DaBaby, and how comments he made that were perceived as homophobic received more attention than DaBaby shooting and killing a person.

"This idea surfaces when he talks about rapper DaBaby, who was pilloried publicly for making homophobic comments during a concert in July. Chappelle jokes that DaBaby 'punched the LGBTQ community right in the AIDS' before recalling a 2018 incident in which the rapper was involved in a fight inside a North Carolina Walmart where another person was shot and killed.

"In our country, you can shoot and kill a n*gger," Chappelle says in the special. "But you better not hurt a gay person's feelings."

Chappelle also took flak for comments on the transgender community, defending author JK Rowling, who trans activists have tried to "cancelled" for being considered a TERF, or a trans-exclusionary radical feminist).

"They've canceled people that are more powerful than me," Chappelle said. "Cancelled JK Rowling. My God, JK Rowling wrote all the Harry Potter books by herself. She sold so many books the Bible worries about her. And they cancelled it because she said in an interview, and this isn't exactly what she said but it's effectively what she said, gender is a fact. And then the trans community gap man sh*t they started calling her and TERF."