"Those p*ssies that they got, y'know what I mean? I'm not saying that's not p*ssy, but that's like 'Beyond P*ssy,' that's 'Impossible P*ssy," Chappelle told a Detroit crowd. 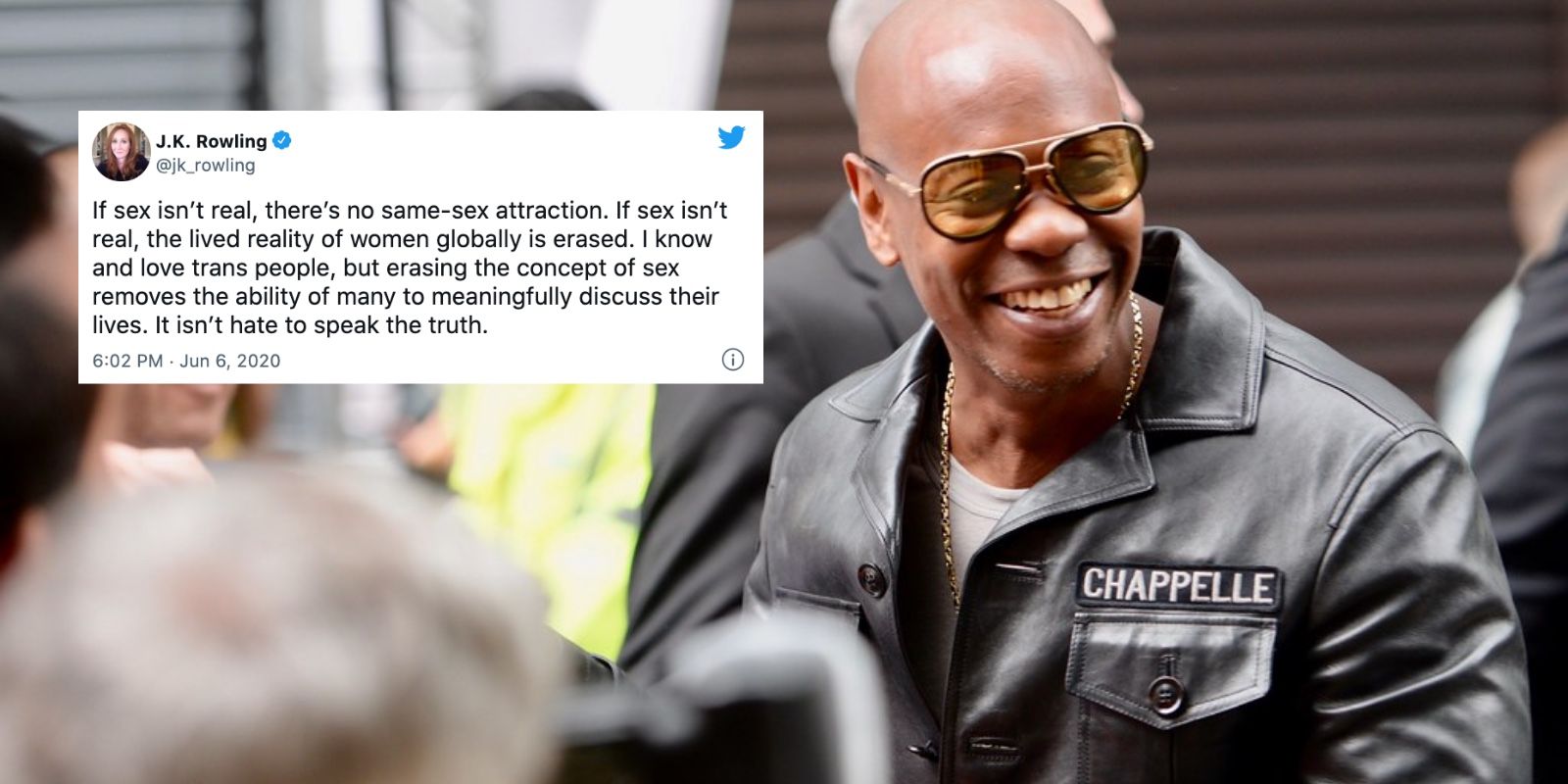 Comedian Dave Chappelle defended author JK Rowling in his latest Netflix comedy special. Chappelle, who has come under fire for jokes made about trans gender ideology and the alphabet soup of gender identities, said he agrees with JK Rowling that "gender is a fact."

Chappelle spoke of the debate over trans ideology and the demands of trans activists to redefine the word "woman" to include biologically male people who identify as women, and the fallout that comes when a person publicly posits the opposite.

"They've canceled people that are more powerful than me," Chappelle said. "Cancelled JK Rowling. My God, JK Rowling wrote all the Harry Potter books by herself. She sold so many books the Bible worries about her. And they cancelled it because she said in an interview, and this isn't exactly what she said but it's effectively what she said, gender is a fact. And then the trans community gap man sh*t they started calling her and TERF.

"I didn't even know what the f*ck that was," he said, "but I know that trans people will make up words when arguments. So I looked it up, TERF is an acronym stands for trans exclusionary radical feminists is a real thing. This is a group of women that hate transgender—they don't hate transgender women—but they look at trans women, the way we blacks might look at blackface and offends them like, b*tch is doing an impression of me!"

"The fact is," Chappelle said, "every human being in this room, every human being on Earth, had to pass through the legs of a woman to be on earth... Now I am not saying that to say that trans women aren't women, I'm just saying that those p*ssies that they got, y'know what I mean? I'm not saying that's not p*ssy, but that's like 'Beyond P*ssy,' that's 'Impossible P*ssy," he said, referencing the latest in plant-based meat options.

JK Rowling has been heaped with criticism after making the same points, in less colorful language. Rowling has said that biological sex should not be erased simply to facilitate others' feelings, and even her works that have nothing to do with trans people at all have been falsely criticized as transphobic.

The furor began in December 2019 when Rowling stated on Twitter "Dress however you please. Call yourself whatever you like. Sleep with any consenting adult who’ll have you. Live your best life in peace and security. But force women out of their jobs for stating that sex is real?" Which she wrote in support of Maya Forstater, who lost her employment after she stated her belief that biological sex is a reality.

And the acrimony increased after Rowling published an essay on her own experiences as a woman, and her understanding that biological sex, and not feelings and identifiers, are defining factors of womanhood.

Rowling wrote at the time "If sex isn’t real, there’s no same-sex attraction. If sex isn’t real, the lived reality of women globally is erased. I know and love trans people, but erasing the concept of sex removes the ability of many to meaningfully discuss their lives. It isn’t hate to speak the truth."

Reviewers of the special have said that it made them feel "terribly angry and disappointed," as David Eggers did for NPR. He said of the content Chappelle tackled in the special that "The fact is, these are all complicated topics, tough to encapsulate in a single punch line or anecdote. And watching Chappelle talk about them is like watching somebody use a chain saw as a letter opener."

Leftist and LGBTQ+ publications, or as Canadian Prime Minister Justin Trudeau would say "2SLGBTQQIA+," also took issue with the special. Indiewire said that the special "wraps up a body of work on streaming that's mostly a time capsule of one man’s obstinance in a time of great change."