Weightlifter Laurel Hubbard, who took home the gold in the 2019 Pacific Games, will likely continue to break records at the Tokyo Olympic Games. Hubbard is a trans woman who would be competing in women's categories at the international sporting event. 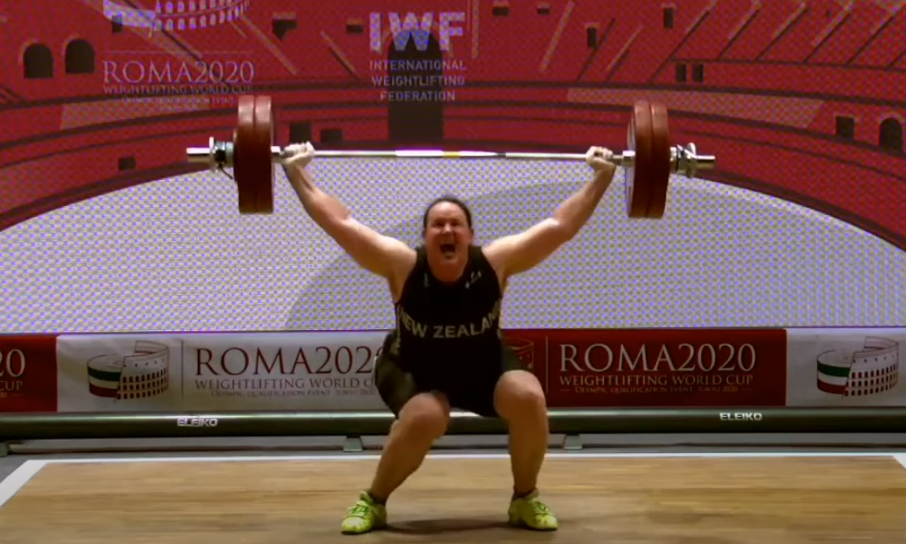 Weightlifter Laurel Hubbard, who took home the gold in the 2019 Pacific Games, will likely continue to break records at the Tokyo Olympic Games. Hubbard is a trans woman who would be competing in women's categories at the international sporting event.

Due to the new rules put in place by the IOC for COVID, Hubbard is basically guaranteed a spot on the New Zealand women's weightlifting team, in the super heavyweight category, because so many competitions were lost during the pandemic year.

Hubbard, who at 43 would be the oldest weightlifting Olympian competing, hasn't yet been named to the team, but "an International Weightlifting Federation insider confirmed to the Guardian that she would automatically qualify because of amended rules approved by the International Olympic Committee."

That insider told the Guardian that "while teams did not have to be named until 5 July, under the new qualification rules, which had come into effect after several competitions were lost because of the Covid-19 pandemic, Hubbard was sure of a place in Tokyo if fit."

Hubbard transitioned after entering adulthood as a male for 35 years and retained all the advantages of having grown up male. Hubbard has reduced testosterone levels to the point where the International Olympic Committee allows the transgender athlete to compete against women. Hubbard's 2012 transition enabled her to win many titles over the biological women for whom the competitions were made.

Hubbard went on to take the gold in weightlifting at the 2019 Pacific Games, lifting 268 kg, which was 7 kg and 13 kg more than her closest competitors. For comparison, the men's Gold Coast competition was won with a lift of 330 kg.

Hubbard gave an interview in 2017 after placing second in a world championship lifting event. "The rules that enabled me to compete first went into effect in 2003," Hubbard said. "They are known as the Stockholm consensus with the IOC but I think even 10 years ago the world perhaps wasn’t ready for an athlete like myself— and perhaps it is not ready now. But I got the sense at least that people were willing to consider me for these competitions and it seemed like the right time to put the boots on and hit the platform."

The International Olympic Committee (IOC) requires that males who identify as transwomen who want to compete in women's events must have lowered their testosterone levels to 10 nmol/liter for a period of 12 months or more. Hubbard certainly qualifies under those criteria. The IOC does not require that for a male undergo so-called "bottom surgery," or castration, orchiectomy, or vaginoplasty to compete in female sports.

Hubbard, who trounced her Samoan, female competitors in the 2019 games, caught the attention of Samoan Prime Minister Tuilaepa Dr. Sa'ilele Malielegaoi, who appealed to the Pacific Games Council.

Tuilaepa said "I made a public announcement on national TV. I questioned the legitimacy of allowing transgender to lift with women. It is not easy for the female athletes to train all year long to compete and yet we allow these stupid things to happen. The reality is that gold medal belongs to Samoa."

The fight over biological males competing against women in women's athletic competition has become fraught in the US, where many states have sought to ban the practice. Caitlyn Jenner, who competed and won in the Olympic games as Bruce Jenner, said flat out that it's not fair for biological males to compete against women. As both a former Olympian and a transwoman, her contribution to the conversation was not appreciated by detractors.