After the foundation was blasted by local BLM chapters across the country for receiving 'little to no financial support,' the Black Lives Matter foundation released documents to the Associated Press for the first time in the foundation's eight year history. 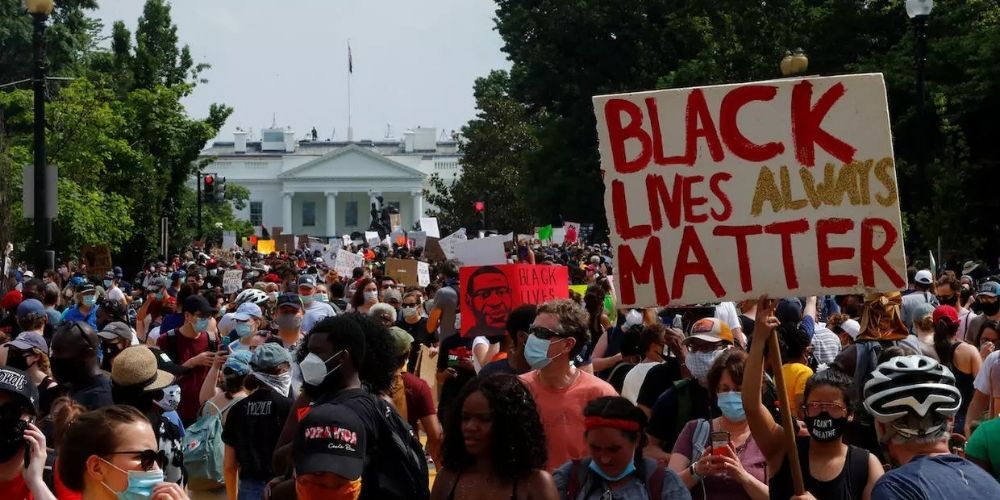 The Black Lives Matter Foundation released a report, showing the movement raked in more than $90 million last year in the midst of civil unrest that swept across the nation.

After the foundation was blasted by local BLM chapters across the country for receiving 'little to no financial support,' the Black Lives Matter Foundation released documents to the Associated Press for the first time in the foundation's eight year history.

According to the report, most of the funds raised by the foundation was from small donations– averaging a total of $30.

"We want to uplift Black joy and liberation, not just Black death. We want to see Black communities thriving, not just surviving," the organization said in an impact report.

According to the impact report, the break-down of finances include $8.4 million dollars in expenses. These expenses include, "staffing, operating and administrative expenses, civic engagement, programs and field expenses, rapid response, and crisis intervention."

Local Black Lives Matter chapters and other black-owned US businesses were given grants, costing the foundation $22 million.

At the end of the year, Black Lives Matter had a sum of $60 million.

"The foundation’s coffers and influence grew immensely following the May 2020 death of George Floyd," the Associated Press reported.

The impact report released noted the Black Lives Matter movement still has a long ways to go from their stated objectives. "We know systemic change takes time, so we’re in it for the long haul. In the meantime, we need to immediately support our Black communities through our own forms of funding and grantmaking," the report stated.

"We are now an organization that intervenes on philanthropy, which is typically an anti-Black space full of bureaucratic hoops of white supremacy."

"But these projects will not be standalone instances; to carry them out until the day we reach our vision, we will need fiscal sustainability," the report continued.

BLM co-founder Patrisse Cullors, who made headlines after claiming the BLM organization is a Marxist movement, told the AP that the foundation is focused on a "need to reinvest into Black communities."

"One of our biggest goals this year is taking the dollars we were able to raise in 2020 and building out the institution we’ve been trying to build for the last seven and a half years," she added.

The financial report was disclosed after the foundation faced backlash from all sides of the aisle, including local Black Lives Matter chapters.

"Since the establishment of Black Lives Matter Global Network, our chapters have consistently raised concerns about financial transparency, decision making, and accountability. Despite years of effort, no acceptable internal process of accountability has ever been produced by BLMGN and these recent events have undermined the efforts of chapters seeking to democratize its processes and resources."