As of today the investigation into Anderson is still ongoing. 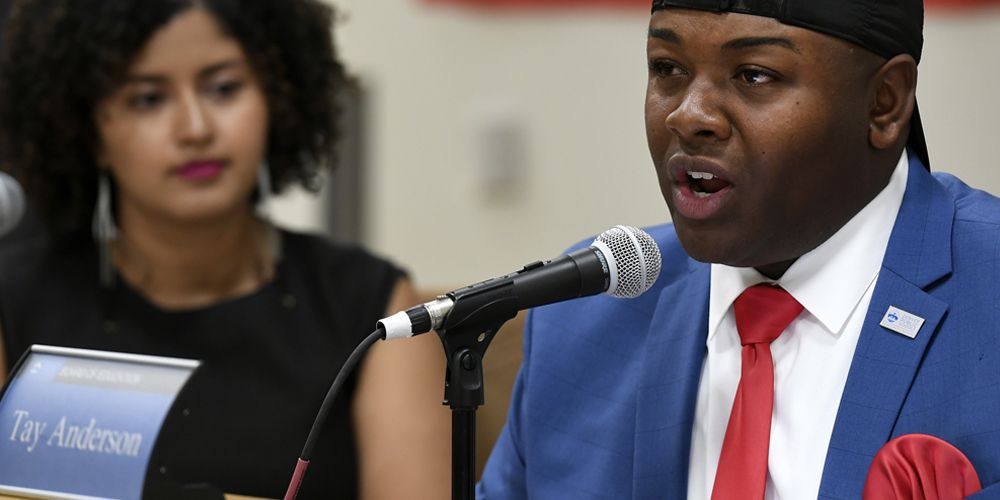 Black Lives Matter activist Tay Anderson is returning to work at the Denver School Board after stepping down a few months ago amid accusations he molested over 60 undocumented students.

As of today the investigation into Anderson is still ongoing. But that’s what compels Anderson to come back, as he believes the evaluation into his conduct has over-expanded in scope.

According to ABC7 in Denver, the investigation into allegations of sexual misconduct against him have cost the Denver Public Schools Board of Education more than $50,000 so far.

It’s also through the local ABC7 outlet that his announcement of returning to work was reported.

In a email letter to the other school board members:

"Despite promises that this investigation would be completed within thirty days, then later prior to the start of the 21-22 school year, I have fully cooperated and participated in the independent investigation being conducted by ILG. I am now told that the investigation will not be completed for at least another four or five weeks, leading us to mid-August.

"The timeline of this external private investigation has changed multiple times and the scope of its inquiry continues to change. Although I remain committed to engaging in a transparent and fair process, I can no longer wait for this process to conclude to initiate my return to serving the families of the Denver Public Schools."

Then on May 25th, the claim that Tay Anderson molested over 60 undocumented students was made in a public testimony to Colorado’s State Legislature.

He labeled it as "unsubstantiated false allegations" but agreed to step down out of respect to students until the completion of the investigation.

In response to today’s announcement from Anderson, the school board responded by saying it’s not their place to shut down the investigation early before all evidence is examined.

"One of the reasons that the Board launched this investigation was because, consistent with our values, we believed a young Black man deserved due process and a fair evaluation of anonymous allegations that were made on social media. We hired independent, neutral, and trained investigators to review these claims."