A Black Lives Matter activist has been arrested and charged with a hate crime-related assault after allegedly knocking a black conservative activist’s teeth out in an unprovoked attack at a free speech rally in San Francisco. 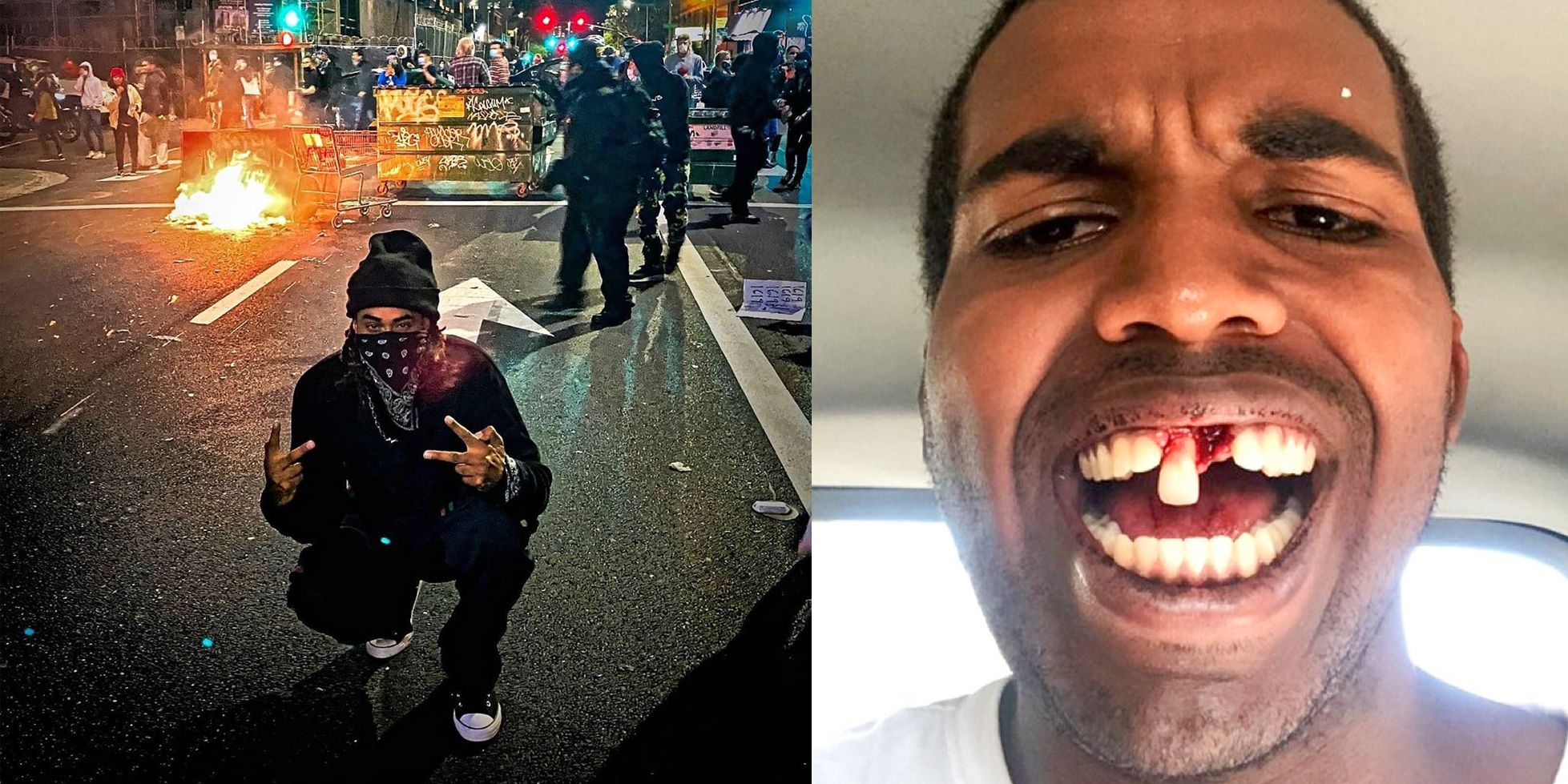 A Black Lives Matter activist has been arrested and charged with a hate crime-related assault after allegedly knocking a black conservative activist’s teeth out in an unprovoked attack at a free speech rally in San Francisco.

On Saturday, the San Francisco Police Department responded to a report of an assault near City Hall at a conservative-organized protest against Big Tech. Authorities met with “Team Save America” free speech organizer Philip Anderson. The black 25-year-old victim was punched in the face by a masked male assailant wearing tactical gloves who called him a racial slur. Philip lost two teeth and was left bloodied. Far-left protesters accused the rally of being fascist.

35-year-old Androa “Dro” Anderson, of Watsonville, Cal., was taken into custody in Oakland the day after the assault and transported to San Francisco County Jail where he was booked on charges of mayhem with a hate crime enhancement. He and Philip share the same surname but are not related. Androa’s bail is set at $110,000, according to the San Francisco Sheriff's Office.

Androa lists himself as an artist and graphic designer on his LinkedIn page. His personal social media posts show him frequenting BLM protests and pan-Africanism rallies in the Bay Area. His Instagram is filled with posts expressing an intense hatred of police.

“Caught a #ThinBlueLine #MAGA Flagga LACKIN!” Androa captioned with a video showing him stealing a pro-police flag from a car with a “MAGA” sticker in late June. “You advocate for Police Genocide [sic], harassment, abuse, rape, and mass incarceration you a threat on my family's existence and humanity. #bluelivesmatter NO #BLUELIVESMURDER.” The video shows him lighting the stolen flag on fire.

“I hold no grudge against him. He’s been brainwashed,” says Philip. He says Antifa rioters physically blocked attendees from going to his rally on Saturday. The video recording shows masked protesters calling him the n-word and trying to tear down barricades. A GoFundMe for his medical costs has so far raised over $29,000.

Philip is most upset that his accounts on Twitter, Facebook and Instagram were terminated hours after the assault. “I’m the victim and I get banned? They erased my existence.” He says he plans to organize another protest against Big Tech.

Androa could not be reached for comment. According to newspaper Santa Cruz Sentinel, Androa was arrested in 2018 for allegedly running a drug sales operation while using a medicinal marijuana card. During the bust at Anderson’s residence, law enforcement seized loaded guns and almost $100,000 of suspected drug sales profits.

In addition to Philip, three police officers were hurt by counter protesters. The investigation into Saturday’s violence is being led by the SFPD Night Investigations Unit and Special Investigations Unit. SFPD asks anyone with information to call the 24-hour tip line at 1-415-575-4444 or text a tip to TIP411.