Antifa found out about the protest and conflict quickly ensued. 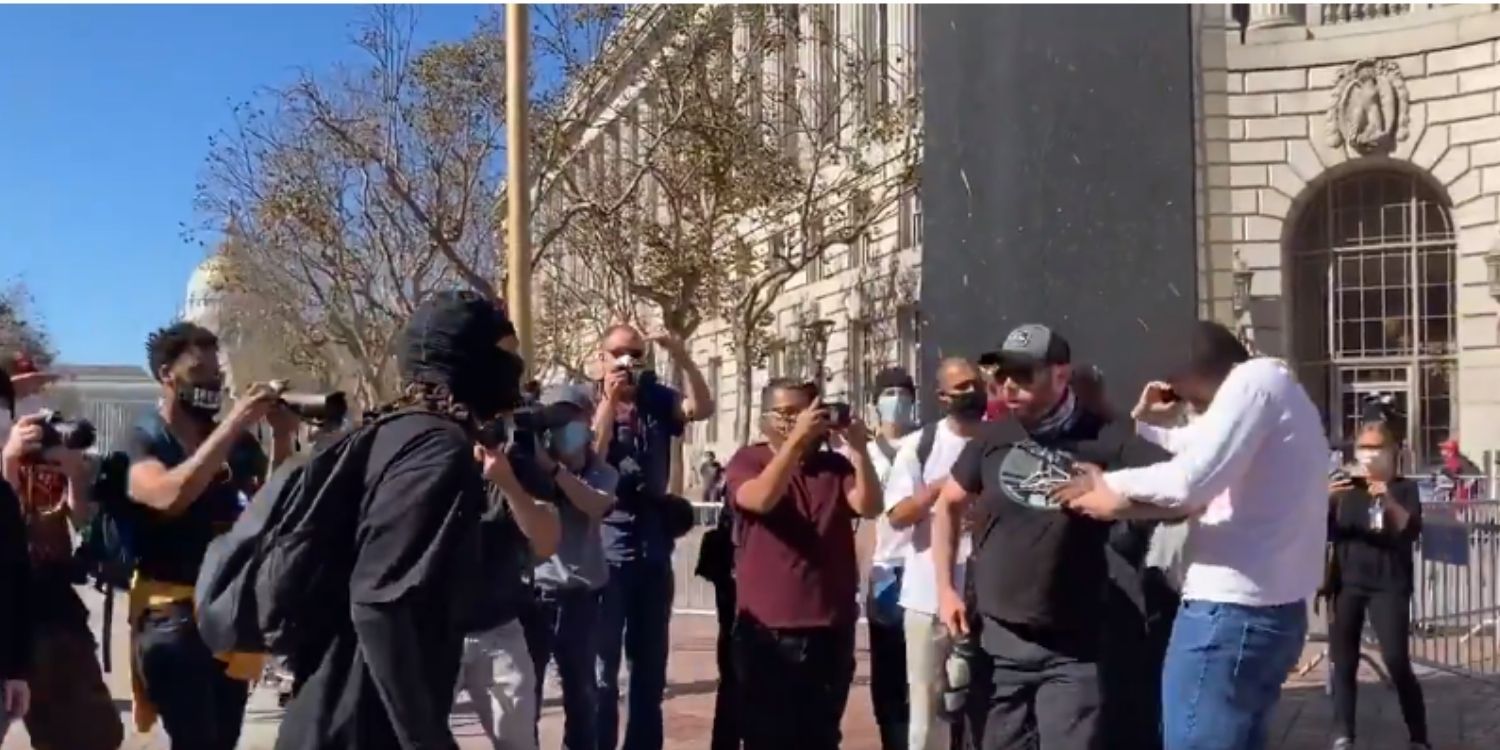 A mob of Antifa assaulted a black man in San Francisco on Saturday afternoon.

Phillip Anderson is identified as the man assaulted in the video. He is a free speech activist who runs an organization called Team Save America. According to their site, their protest was against big tech.

"Our free speech rally and protest against Twitter & Big Tech, October 17th in San Francisco California. The Protest will be right in front of Twitter HQ and the rally will be at United Nations Plaza," said the website.

Antifa found out about the protest and conflict quickly ensued.  Anderson tweeted a video of himself in the hospital, where he is seen with severe injuries to his mouth.

Supporters have now also started a GoFundMe for Anderson, hoping to raise money to fix his teeth.