Bree Newsome said that "Teenagers have been having fights including fights involving knives for eons. We do not need police to address these situations." 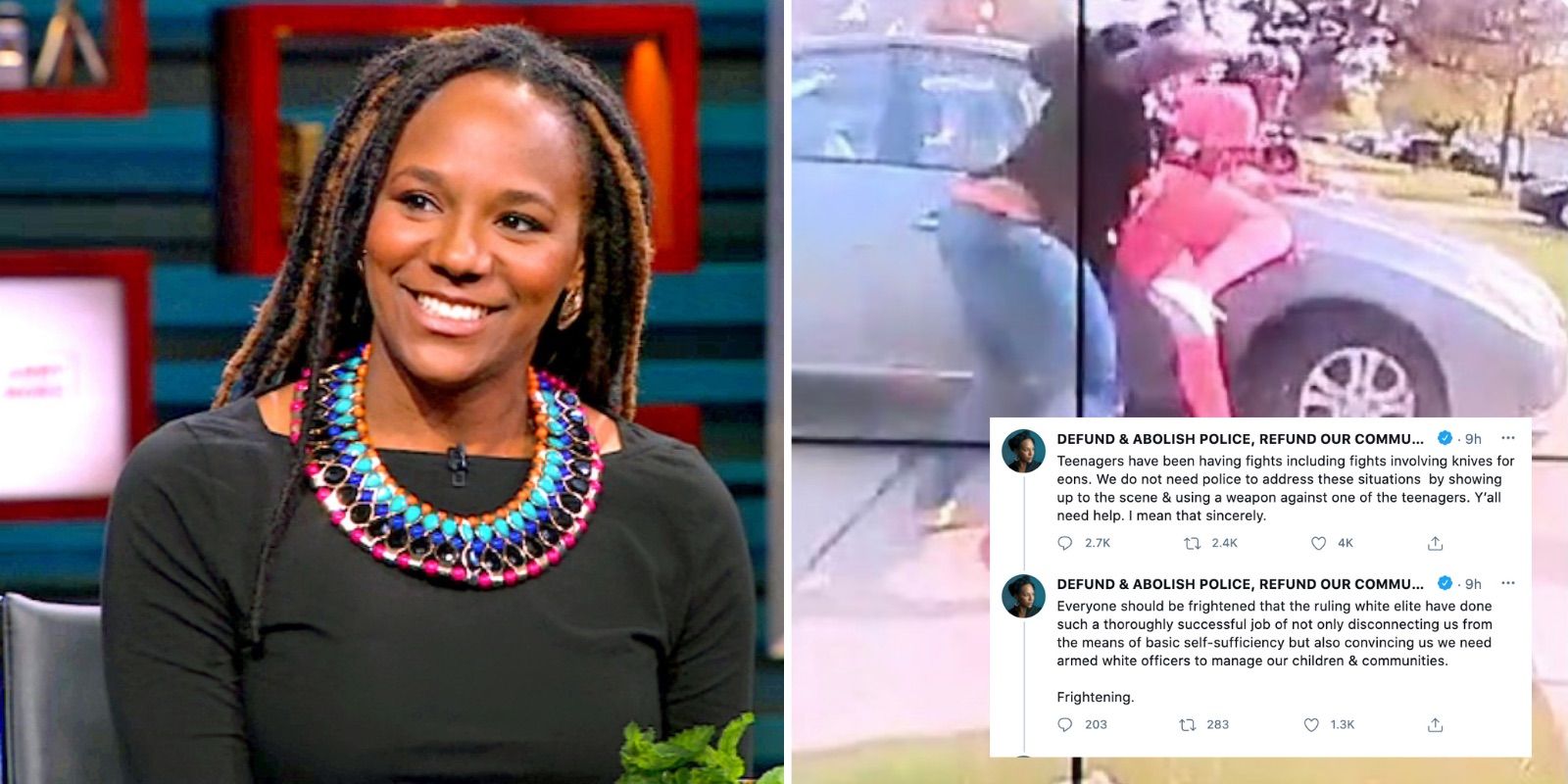 Black Lives Matter activist Bree Newsome had a new take on the police shooting of Makhia Bryant in Columbus, Ohio on Tuesday. Bryant, who was in possession of a knife, and according to police body cam footage was lunging at another woman with that knife, was fatally shot by police after they were called to the scene.

Journalists and activists were quick to rush to judgement and assume that Bryant was unarmed and innocent, but for Newsome, the incident was a moment to say that casual knife fights are just the norm and not a cause for police interference at all.

Newsome said that "Teenagers have been having fights including fights involving knives for eons. We do not need police to address these situations."

Her take was that anyone who calls police to the scene of a knife fight is the one that needs help, and she means that "sincerely." For Newsome, police being called to a knife fight is nothing but white supremacy.

But aren't knife fights, where one person is in danger of being stabbed by another, exactly the kind of situation that police should show up for?

For Newsome, who defends riots and looting, a knife fight is just no big deal, and the officer's responsibility wasn't to the person being threatened with the knife, but to the person wielding it.

"I'm definitely in the camp of defending rioting & looting as a legitimate, politically-informed response to state violence," Newsome said last week. "I've tweeted on this topic many times & I'm always willing to engage people in good faith discussion of why I hold that position."

In her rush to craft yet another narrative about unwarranted police killing, Newsome has decided that trying to stab someone is just a normal, everyday occurrence that doesn't need police to intervene at all.

Noted D-celebrity Kathy Griffin echoed Newsome's belief that a casual neighborhood knife fight was nothing to call police about, writing "that never happened in your school or neighborhood?"

Reaction to the idea that casual knife fights are perfectly acceptable, that police should simply stand idly by, or just not be called in, when one person is trying to stab another, was rather harsh. Turns out lots of people don't think teens should just be allowed to stab one another willy-nilly.

The conversation has gone from defund police, to abolish police, to let kids murder each other because that's more rational than trying to stop it.