"Let’s not jump to conclusions. Let’s wait till we have all the information (isn’t that what y’all tell us). Oh yeah, and that he had a gun (because cops carry guns)," the tweet said. 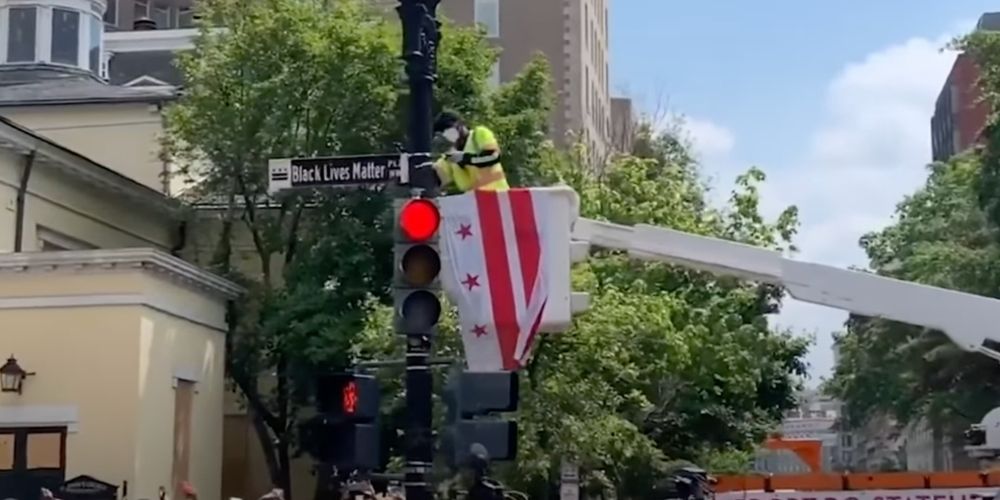 Following the Sunday shooting of a Metropolitan Police officer in Washington DC, the city’s Black Lives Matter chapter is calling for the public not to automatically hail those shot as "heroes’ before all information is released.

The organization made the call in a thread of tweets late Sunday evening urging the public to not "jump to conclusions," just hours after an officer was wounded and transported to the hospital.

"Let’s not jump to conclusions. Let’s wait till we have all the information (isn’t that what y’all tell us). Oh yeah, and that he had a gun (because cops carry guns)," the tweet said.

In their thread of tweets the group pointed out a number of other cases over the years where officers shot and killed suspects.

One of these cases referred to by the group was that of Vedo Hall, who was shot and killed by police gun May after holding his ex-girlfriend hostage, according to WUSA 9.

Following an investigation by federal prosecutors, the cop who shot Hall was not charged in the incident.

"This isn’t to say these scenarios represent what happened tonight, but it does explain our skepticism, interest in details, and highlights the difference in how people talk and act when an officer is hurt vs when they hurt a Black person. No one asks what the cop did wrong," the group wrote.

The group said the "reaction and press coverage" of the shooting was tilted toward law enforcement. "Tear jerker press conferences and proclamations of heroes coming soon. Imagine if people knew these folks’ names. Being Black in DC is more dangerous than any job."

The group posted a photo containing an incomplete list of those shot by the Metropolitan Police Department in 12021 , along with the hashtag StopMPD.

The page for the tag on BLM DC's website states that "DC is an occupied police state."

"With more than 32 independent police departments, DC is the most heavily policed city in the country. There is MPD, Metro Police, library police, housing  police, every university has a police department, park police, FBI police and Capital and Secret Service police, and so on," they wrote.

"In the fight for Black lives, one of the many rebuffs we receive when demanding an end to police violence and terror is that “not all cops are bad cops.” This assertion is almost always coupled with examples of law enforcement officials who step outside of their assigned duties to "help" Black people and champions the belief that we can change systems by changing the individuals who work within this system, but not the system," they continued.

The police officer shot on Sunday has reportedly been released from the hospital. In a tweet posted on Monday, the DC Police Department wished him a "speedy recovery and thank him for his courageous efforts."

An additional tweet was posted by the department on Monday, stating that the barricade incident "concluded without incident," and that no arrests had been made yet.