Following the altercation, Hawk Newsome, co-founder of Black Lives Matter NY, said that the organization plans to hold a protest on Monday in response to the incident. 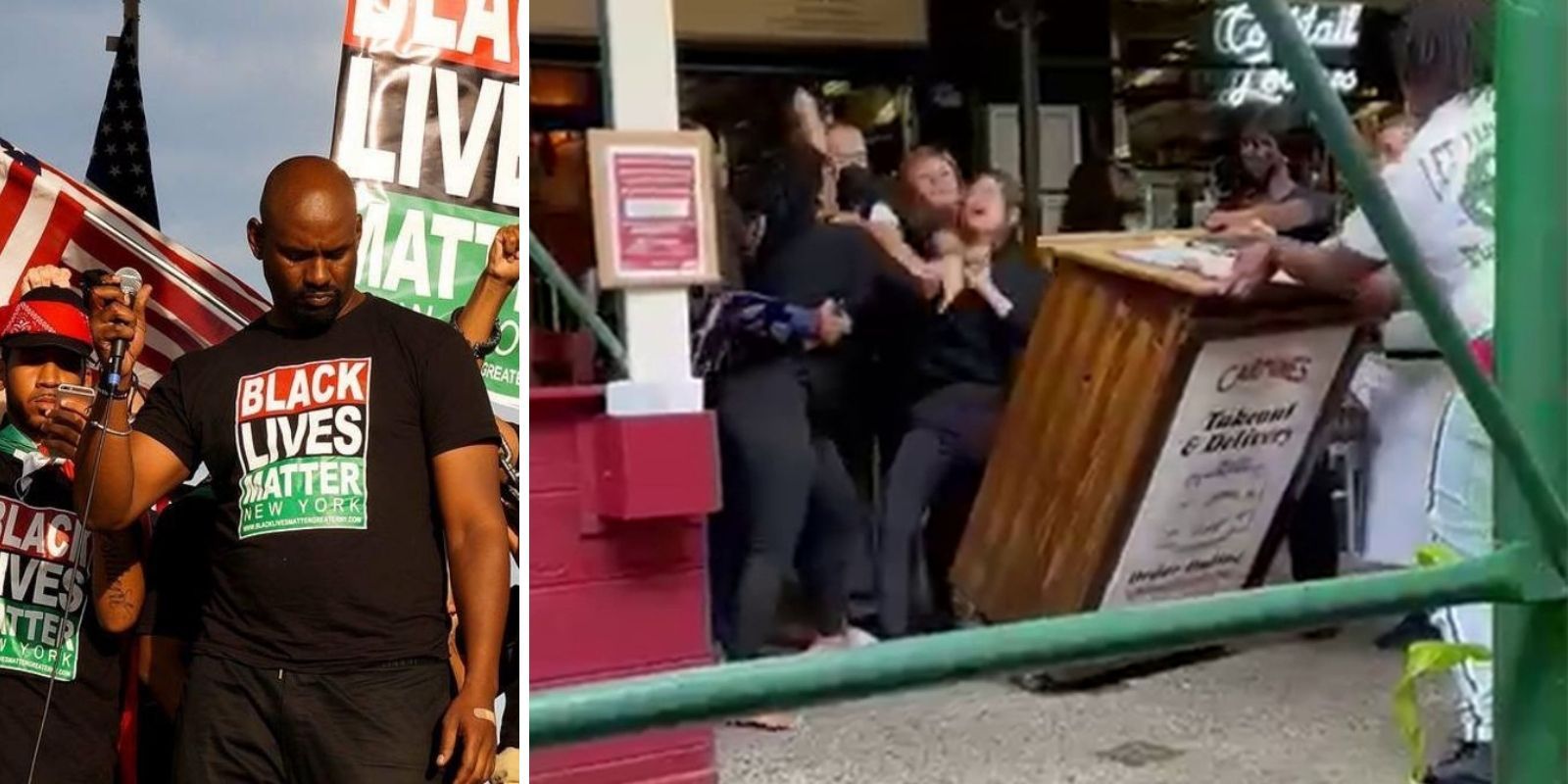 Three Texas women who were filmed allegedly attacking a Carmine's restaurant hostess after she asked for their vaccination proof are now saying that they were racially profiled and were called the N-word during the incident.

According to the Daily Mail, the trio, all of which are black women, are now calling for the 24-year-old Asian hostess to be fired from her job, alleging that she was, in fact, the aggressor. The hostess was taken to the hospital following the incident with minor injuries, with police arresting 21-year-old Tyonnie Keshay Rankin, 44-year-old Kaeita Nkeenge Rankin, and 49-year-old Sally Rechelle Lewis and charging them with misdemeanor assault and criminal mischief.

Following the altercation, Hawk Newsome, co-founder of Black Lives Matter NY, said that the organization plans to hold a protest on Monday in response to the incident. In an Instagram post on Sunday, Newsome said that the group would be holding a press conference and rally at the Broadway location of Carmine's.

"On 9/16 three Black Women were called the N-word by a White Hostess then they were assaulted and arrested by the NYPD. Carmine's used a Vaxx Card as an excuse to disrespect and Arrest Black Women," the post states.

Texas civil rights lawyer Justin Moore told the Daily News, "This hostess clearly has some anger management issues and unfortunately her aggression and her violence led to something that three Black women are being punished for."

Carolyn Richmond, a lawyer for Carmine's denied the accusations from the Texas women, stating "any claim that they were racially profiled is a complete fabrication, disingenuous, and outright irresponsible."

In a statement Friday, Moore said that the hostess "refused service to these women and got hostile with them."

"The injuries that she received were incurred by her being physically restrained by other staff at Carmine's after she was called out for racial discrimination, which she took offense to," Moore added.

Moore said that the trio was leaving the restaurant when someone called them the N-word, and they claimed the hostess "lunged" at Rankin.

"The hostess is apparently poorly trained to deal with patrols and has obvious issues with black women and has a disregard for women of color," Moore said.

The New York City restaurant reportedly asked for proof of vaccination as part of the city's vaccine passport program, in which customers must show proof of the shot before entering. The restaurant had reportedly just recently begun enforcing the policy, despite it going into effect city-wide on Aug. 17.

The CEO of the restaurant group of which Carmine's is a part, identified only as Bank by the Daily Mail, said the hostess offered the ladies outdoor seating when they did not provide their proof of vaccinations. "We follow the laws," Bank said at a news conference outside the restaurant. "I respect the vaccine mandate. We have an option, if you're not vaccinated, sit outside."

"It's ridiculous that she's sitting here saying, 'Please don't assault me.' It's just surreal," Bank said at the press briefing.