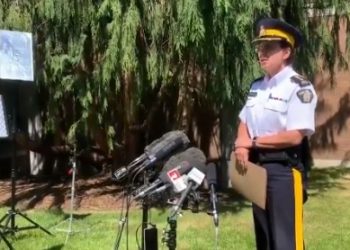 A 16-month-old infant boy has died after being left in an overheated car on Thursday in Burnaby Global News is reporting.

According to Global News’ report, Burnaby Fire Chief Dave Younger said “that firefighters were called to the 5600-block of Inman Avenue around 5:20 p.m., to reports of child locked in a vehicle.”

When first responders arrived, the boy was alive and unconscious.

Burnaby Chief Superintendent Deanne Burleigh said, “we understand that there are going to be many questions around this incident, however we would ask that the public understand we are still in the early stages of our investigation,” via a media release.

She will address media on Friday.

Investigations are underway by the B.C. Coroners Service and the police.

There have been no arrests made as of yet.