Amy Coney Barrett will be the Supreme Court's newest justice. She was officially confirmed Monday evening and will be the 115th Justice and the seventh woman to sit on the High Court. 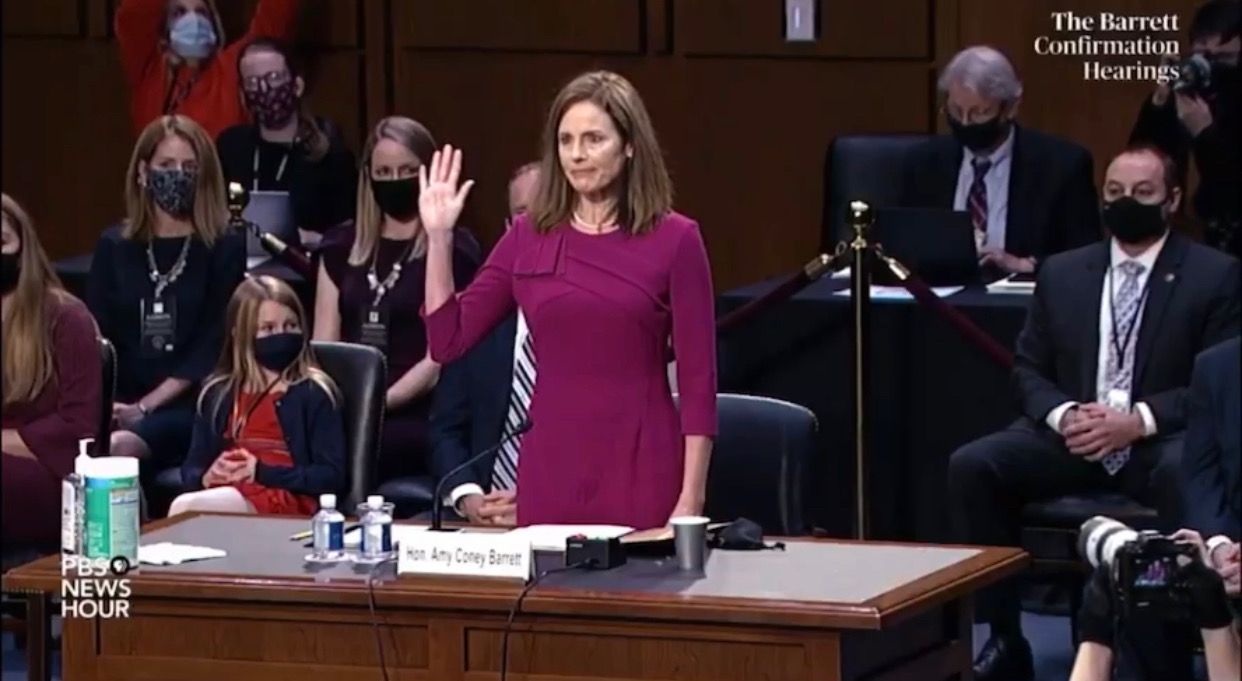 Amy Coney Barrett will be the Supreme Court's newest justice. She was officially confirmed Monday evening and will be the 115th Justice and the seventh woman to sit on the High Court.

Republicans were overwhelmingly in favor of Barrett's confirmation, given her legal bona fides and stellar reputation—the mother of seven went to Notre Dame and clerked for Justice Scalia—but that doesn't mean her confirmation hasn't been met with consternation from a segment of voters who fail to understand that when a Supreme Court seat is left vacant it must be filled in a timely manner, via the Constitution.

Protesters filled the area surrounding the Supreme Court in a largely ineffective effort to demonstrate they are not in fact a cult of histrionic leftists but a group of concerned voters who care deeply about the role of the judiciary in America.

Barrett's confirmation hearing, which the Senate Judiciary Committee held approximately two weeks ago, was largely routine, with a few hiccups from the Democrat party. For three days, Barrett patiently endured questions from Democrats as they attempted to express concern that yet another originalist Justice would be placed on the bench.

Their attempt to find Barrett lacking only succeeded in failure as they regularly asked her questions she either answered with flying colors, and without notes, or maintained she could not answer due to ethical concerns that speaking on cases she hasn't heard often presents.

As Democrats ranted, expressed frustration with the Supreme Court confirmation process, or accused her of wanting to halt the Affordable Healthcare Act, Barrett sat through her confirmation hearing with poise, patience, humor, and intellect. She answered what questions she could, ethically, and endeared herself to the American people, amazed with her patience and accomplishments.

In fact, partisan politics has played such a significant role in Barrett's confirmation, simply due to the fact that a Republican president nominated her. She will be the first Supreme Court Justice to be confirmed with support from only one party.

In addition to her Scalia clerkship, Barrett remains one of the most qualified Justices Trump could have picked for such a time as this. Trump also nominated A this professor at Notre Dame to the federal bench, the US Court of Appeals for the Seventh Circuit.

For an additional bit of happy irony, Monday happens to be Hillary Clinton's birthday and Justice Clarence Thomas, who was ruthlessly smeared by Joe Biden, the current Democrat nominee for President, administered the Constitutional oath to Barrett Monday evening.