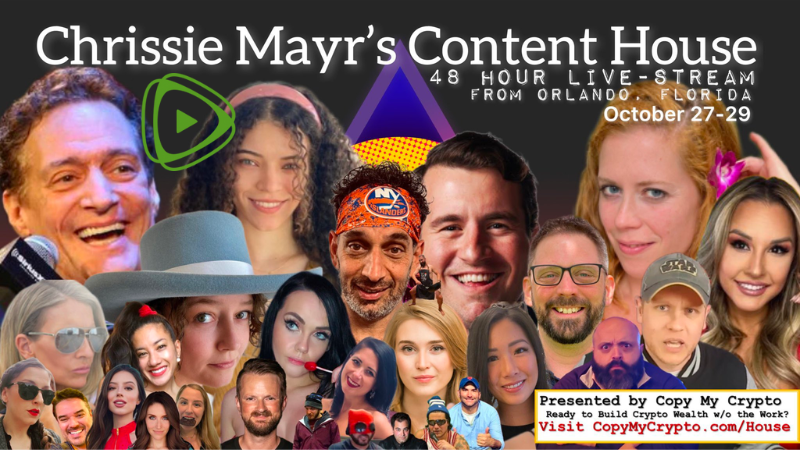 Libby Emmons Brooklyn NY
Oct 27, 2022 minute read
ADVERTISEMENT
ADVERTISEMENT
Anti-woke comedian Chryssie Mayr shared a news clip on her YouTube channel in July, and just this week, received a 7-day strike from the platform. Unable to access her channel for 7-days was not an option for Mayr, who instead of sitting on her hands and waiting for YouTube to decide that she gets to broadcast again, decided to make her debut on Rumble.

The live stream begins Thursday, 11:30 pm, on Rumble. Rumble is a platform that is dedicated to free speech.

The video Mayr shared was notorious. It showed women at a fast food restaurant freaking out, jumping over the counter, and smashing things. "I showed the video of the fight that happened at the Bel-Fries in NYC," Mayr said. "I read the article. Gave basic commentary. Played the clip." Many, many channels did this. The video was insane.

But Mayr's clip was struck for "violent or graphic content," meaning that it wasn't her words, but the video itself. That news clip which was allowed to stand on other channels was cause, months later, for a strike against Mayr. The video can be seen all over YouTube.

Mayr's debut Rumble stream will be Chrissie Mayr’s Content House, featuring a 48-hr livestream from Orlando, Florida with a mix of Comedians from Compound Media, YouTubers and influencers, and will be making their debut on Rumble tonight around midnight after their stand up show at the Orlando Improv.