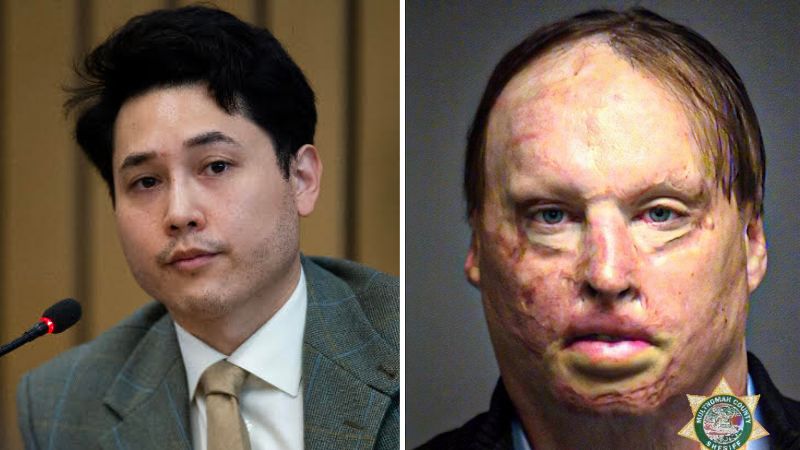 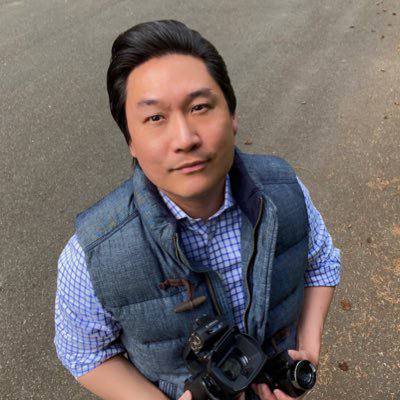 Hacker waived his right to a jury trial at the Multnomah County Circuit Court. He was facing a third-degree felony robbery charge for allegedly pouring water on Ngo and snatching his phone at a 24 Hour Fitness Gym on May 7, 2019.

Deputy District Attorney Maggie Burgess says Hacker's actions were part of an ongoing harassment campaign targeting Ngo, who testified on the stand for more than an hour. She asked Ngo if he was nervous to be in the courtroom. Ngo responded, "Yes because I'm in the presence of Mr. Hacker," who sat quietly next to his defense attorneys.

The encounter at the gym was recorded by Ngo on his cell phone more than three years ago, and was finally played in court. The shaky video is less than 30 seconds long, but prosecutors say it's a key piece of evidence showing Hacker approaching Ngo, grabbing the device, and yelling, "I will break your f*cking phone."


When Hacker eventually took the stand, he admitted to pouring water on Ngo and briefly taking his phone because he was annoyed by some of Ngo's news coverage, which he felt was unfair towards Antifa activists.

"It was an impulsive decision I wish I didn't do," said Hacker.

"Mr. Hacker had reasons to not want to be recorded by Mr. Ngo," said Scissors, who cross-examined Ngo, accusing him of weaponizing his massive social media following.

Scissors says this was not a premeditated robbery because Hacker eventually returned the phone to Ngo at the urging of gym employees.


"Theft in turn requires a specific criminal mental state. It requires that Mr. Hacker intended to permanently deprive Mr. Ngo of his phone. That's what the state has to prove beyond a reasonable doubt," argued Scissors.

Several 24 Hour Fitness employees and a Portland police officer who responded to the encounter were also called to the witness stand. After Judge Eric Dahlin delivered the verdict, he offered both men some advice in regards to their social media activity.

"If anyone is interested in actually making positive changes to society, I would ask that you all examine your own methods, and ask yourselves are these methods that I'm using helpful. Is it actually making a positive impact?"

In a statement posted to Twitter, Ngo said, "Today, Antifa member John Colin Hacker was on trial for third-degree felony robbery when he hit me and stole my phone at a gym in Portland, Ore. in May 2019."


"He claims to be a journalist and uses the aliases 'Full Revolution media' and @Johnnthelefty.' In the video of the attack, you can see him hitting me, stealing the device and shouting, 'I’m going to f— ng break your phone' as he tried to flee. He was stopped by gym staff. Despite the evidence, the judge found him not guilty."

"This is Portland," Ngo’s statement continued. "I’m continuing my pursuit of justice by suing him and other Antifa members in civil court for their multiple violent attacks on me. You can read the lawsuit in the link above and support my legal fund there. Thank you."