Footage from the incident shows John Colin Hacker stealing Ngo's phone at a 24 Hour Fitness after dumping a liquid on Ngo. 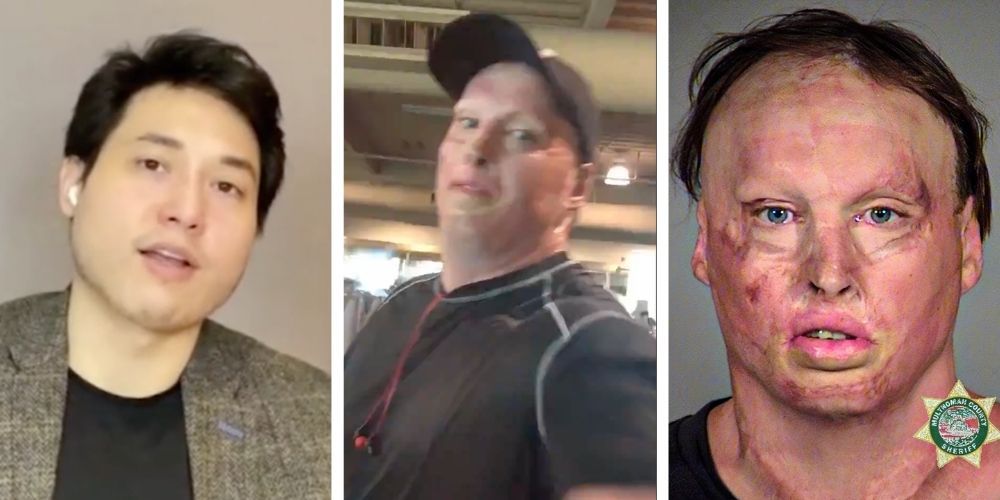 A member of Antifa in Portland, Oregon, has been indicted on a felony charge of robbery in the third degree by a grand jury in Multnomah County for allegedly violently stealing journalist Andy Ngo's phone on May 7, 2019.

Footage from the incident shows John Colin Hacker snagging Ngo's phone at a 24 Hour Fitness after dumping a liquid on Ngo. Staff members attempt to separate Hacker from Ngo.

As Hacker successfully grabs for Ngo's phone a second time, he can be heard telling Ngo, "I will break your f*cking phone."

Hacker had his gym membership for 24 Hour Fitness revoked after an investigation was carried out by the business into the incident.

An active arrest warrant has been issued for John Colin Hacker. He has yet to turn himself in at the time of publishing.

"I hope last week's indictment of Mr Hacker signals a change in the
prosecutor's office in Portland," Ngo said, according to a press release. "For years, too many violent extremists falsely claiming to be fighting for 'racial justice'
have gotten away with campaigns of terror and violence against journalists and citizens."

"The said Defendant(s), John Colin Hacker on or about May 07, 2019, in the County of Multnomah, State of Oregon, did unlawfully and knowingly, while in the course of committing and attempting to commit Theft, and with the intent of preventing and overcoming resistance to defendant's taking of property and retention of the property immediately after the taking, use and threaten the immediate use of physical force upon Andy Ngo, contrary to the statutes in such cases made and provided and against the peace and dignity of the State of Oregon," the court document reads.

Ngo filed a lawsuit on June 4, 2020, against Rose City Antifa and individuals involved in assaulting him the year prior, including one vicious attack that resulted in a torn ear lobe and a brain bleed On June 29, 2019.

Hacker countered Ngo's lawsuit with an Anti-SLAPP lawsuit, but it was denied by a judge.

"Two years later, this is finally a step in the right direction for the rule of law in Portland, where Antifa has been operating with impunity," said Harmeet K. Dhillon, CEO of the Center for American Liberty, which is represents Ngo. "There is still a long road ahead for the justice that Andy Ngo deserves. Andy has endured years of harassment, serious threats on his life, and the inability to live in his hometown at the hands of these domestic terrorists. This is a good start, but we're hoping to see more of these actions."

Hacker was arrested in September of 2020 for charges unrelated to the attack, including interfering with a police officer and harassment, but was quickly released on his own recognizance.

Ngo has been repeatedly attacked both in real life and online for his coverage of Antifa both in Portland, and across the country.

Ngo was attacked in June of 2021 by Antifa once again after being chased by Antifa in Portland. Ngo sought refuge in the Nines Hotel lobby after being tackled and punched by Antifa members.

Shortly before midnight, Hacker began asking Ngo questions, to which Ngo didn't respond and attempted to walk away. A group of people dressed in black began to surround and follow him, before one person managed to remove his mask. "That's Andy. Get him!" they yelled.

A fund has been set up by the Center for American Liberty to support Ngo's lawsuit against Rose City Antifa.