Andy Ngo, The Post Millennial's Editor-at-large, has launched a lawsuit against Rose City Antifa and individuals involved in assaulting him last year. 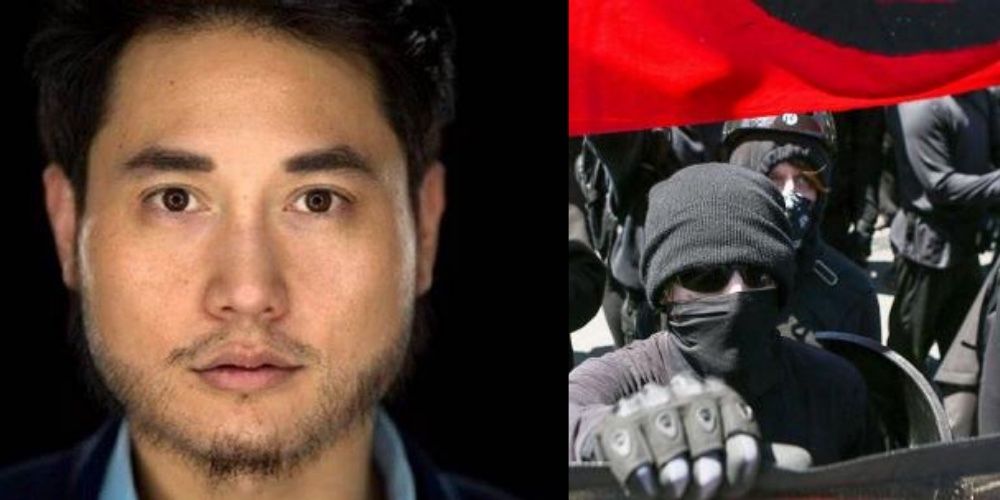 Andy Ngo, The Post Millennial's Editor-at-large, has launched a lawsuit against Rose City Antifa and individuals involved in assaulting him last year. His complaint is assault, battery, and the intentional infliction of emotional distress. The suit was filed in the circuit court of Oregon County of County of Multnomah.

Antifa brutally assaulted Ngo in the spring of 2019; they have also doxed him, attempted to break into his family's home, and spread rumours about him on social media. They have impeded his journalistic work into their practices, and maligned his reputation.

The lawsuit reads: "Defendants have sought to suppress independent journalist Ngo’s activities through a coordinated pattern of violent, harassing, and stalking behavior.

"Defendant Rose City Antifa is an offshoot of Antifa, a group deemed a "domestic terrorist group" by the US government, and widely known for its organized violence and riotous behavior.

"Ngo, with his persistent reporting, has brought to light many misdeeds of this terrorist organization and is perhaps more responsible than any other American journalist for increasing public awareness of the threat Antifa and its followers pose to public safety.

"In retaliation for Ngo’s unfavorable coverage, and in an effort to intimidate Ngo from further exposing Antifa’s illegal acts, Defendants have targeted Ngo, including by assaulting and threatening Ngo to the point of causing lasting and significant physical injuries; publicizing private and personal information about the whereabouts of Ngo and his family; and even attempting to break into his family’s home, among a multitude of other threats and acts of violence.

"Ngo brings this action seeking compensation from Defendants for the severe harm Defendants have caused, and for preliminary and permanent injunctive relief enjoining Defendants from further assaulting, threatening, stalking, or otherwise harassing Ngo."

Ngo has been one of the loudest voices to speak out against Antifa and its actions for years, and has been outspoken despite threats to his physical safety.

Ngo was violently attacked in 2019 by a mob of  members, which resulted in him having a torn earlobe and brain bleed. He has made a name for himself by exposing the hoaxes and violence dished out by far-left extremist groups such as Antifa, and he has had to pay dearly for it.

Ngo appeared on Fox News a few days after the attack, explaining that he would be suffering some memory issues for the next several months.

Over the turmoil of the recent riots, Antifa-affiliated groups such as the John Brown Gun Club, and people like Pittsburgh teen riot suspect Brian Jordan Bartels have called for and incited violence.

Ngo has also been falsely accused of creating violence by one of the Antifa leaders in Portland, Luis Marquez, who has a long and documented career of committing crimes. Many Antifa members and supporters online have regularly celebrated the assault on Ngo over the last year.

Speaking about the case, Dhillon said that they have waited to file suit to give the Portland Police Department ample time to investigate.

Ngo has given that department information and evidence about who his assailants were and the crimes committed against him, but they have chosen not to pursue the matter.

"There have been violent groups accelerating the unrest in our country that started with protests regarding the death of George Floyd," Dhillon said.

She went on to say that "We seek through this lawsuit to bring justice to Andy... And to make sure that other individuals and members of the public" are not subjected to this same kind of harassment and violence.