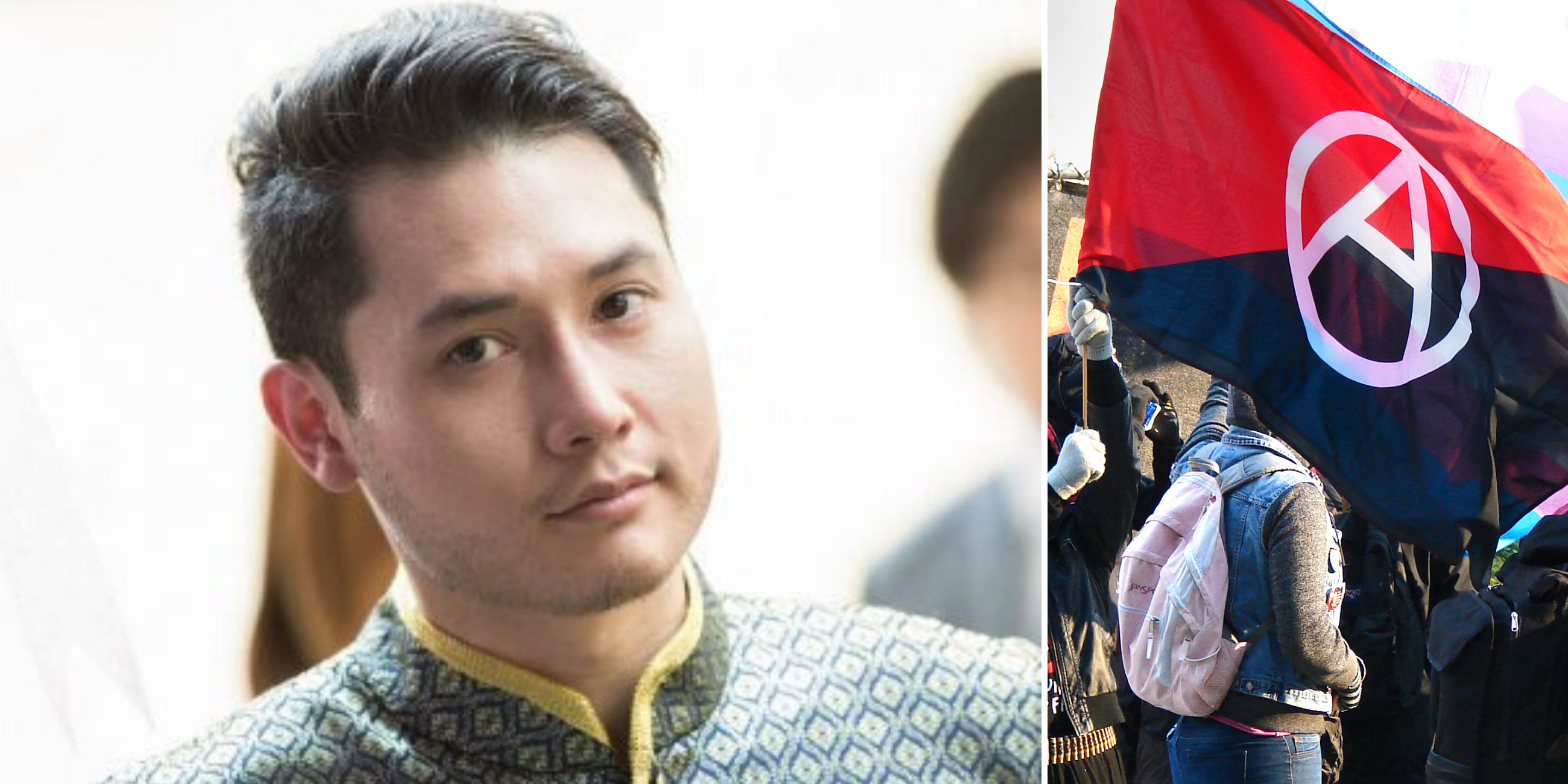 The self-professed “anarchist, anti-fascist autonomous anti-capitalist and anti-colonial” podcast, It’s Going Down, smeared The Post Millennial‘s editor at large Andy Ngo in their February 29 episode, titled “Who Let The Frogs Out.”

At 1:22:00 in the podcast, the hosts discuss Andy Ngo’s role at The Post Millennial, and the supposed dangers that he could cause, going so far as to call him a domestic terrorist who promotes “stochastic terrorism,”—a fairly rarely used term used to describe a form of “lone wolf” terrorism.

“He’s still able to do a tonne of damage at his Post Millennial job. What I’ve seen, the way people I’ve talked to be targeted by him, he’s been able to get away with being more violent, making more outrageous claims … I think say he doesn’t have all his liberal followers, well he still has a bunch more than he used to, and they’re still ready to do the bidding of his kind of stochastic terrorism.”

In response to the clip, Ngo pointed out that these sorts of comments are used to justify violence against him and his family.

This appears to be true, as the podcast self-professes that they “do not advocate or promote violence or non-violence. Movements for liberation decide for themselves on what the best strategy is to get and stay free,” essentially giving a free pass to “stochastic terrorism” from their side of the aisle.

This is a cause for concern, clearly, for a few reasons: One, Ngo has been subjected to violent, unprovoked assaults on several occasions. This includes, most famously, being assaulted by Portland antifa during a rally that caused him to have a brain bleed.

This was met by anger from those who believe journalists should be able to report on the news, and with cheers from antifa sympathizing cable news outlets.

Those who supported Ngo via donation then had their names released in an attempt to dox them.

Secondly, Ngo has had his residence visited by suspected antifa goons, who all wore cut-out masks of his face to his and his mother’s property in order to intimidate him.

With his name being smeared, Ngo’s speaking events have been the centre of controversy, as well. Recently, Ngo had a speaking event at UBC cancelled due to safety concerns posed by antifa-linked groups, who threaten violent protests against speakers they object to on ideological grounds.