BREAKING: President Trump announces that antifa will be designated a terrorist organization

President Trump announced on Sunday that antifa, the infamous far-left organization responsible for much of the current street violence in America, will be designated as a terrorist organization. 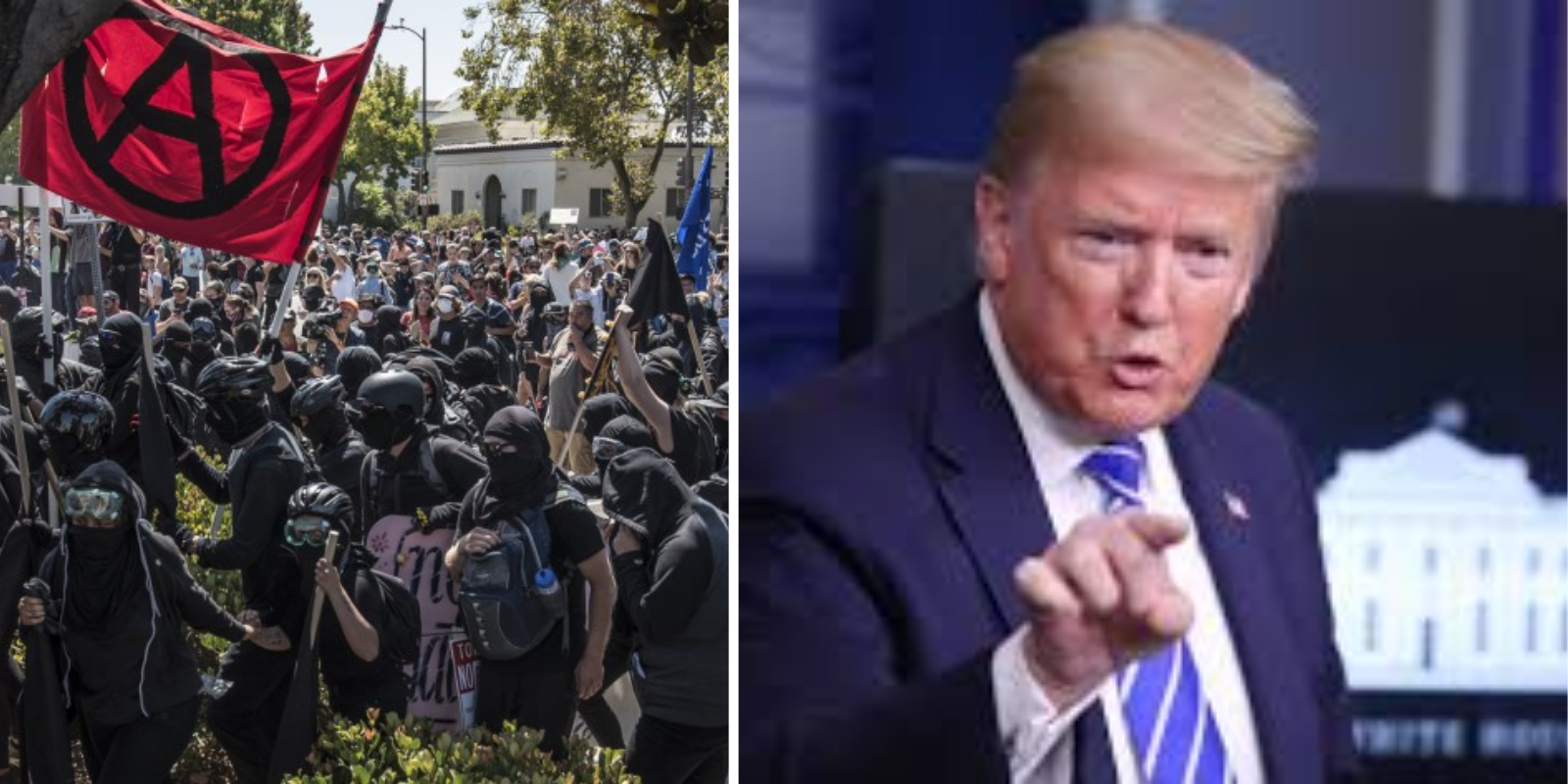 President Trump announced on Sunday that antifa, the infamous far-left movement and networks of groups responsible for much of the current street violence in America, will be designated as a terrorist organization.

The move comes after a week of rioting and senseless violence in the streets of America. While protestors rightfully and peacefully demonstrated over the tragic and senseless death of George Floyd across the nation this week, they were joined by antifa members who spread violence and chaos on the streets.

Antifa emerged as a far-left group that seeks to instigate violence as a means to combat what they see as fascism. However, their tactics have more in common with anarchists than any kind of legitimate protest group. Responsible for terrorizing Seattle and Portland, finding safe harbour in the arms of progressive Democrats, it is believed that many of these militant activists are responsible for the more severe actions in US cities this week, during protests in the wake of George Floyd's death in Minneapolis.

They typically dress in black, cover their faces with balaclavas and masks well before the pandemic created this new norm, and identify those who are opposed to them and their tactics as white supremacists and alt-right.