The Portland Police Bureau stated that their goals for the day's protests were to protect the rights of free speech and maintain public safety. 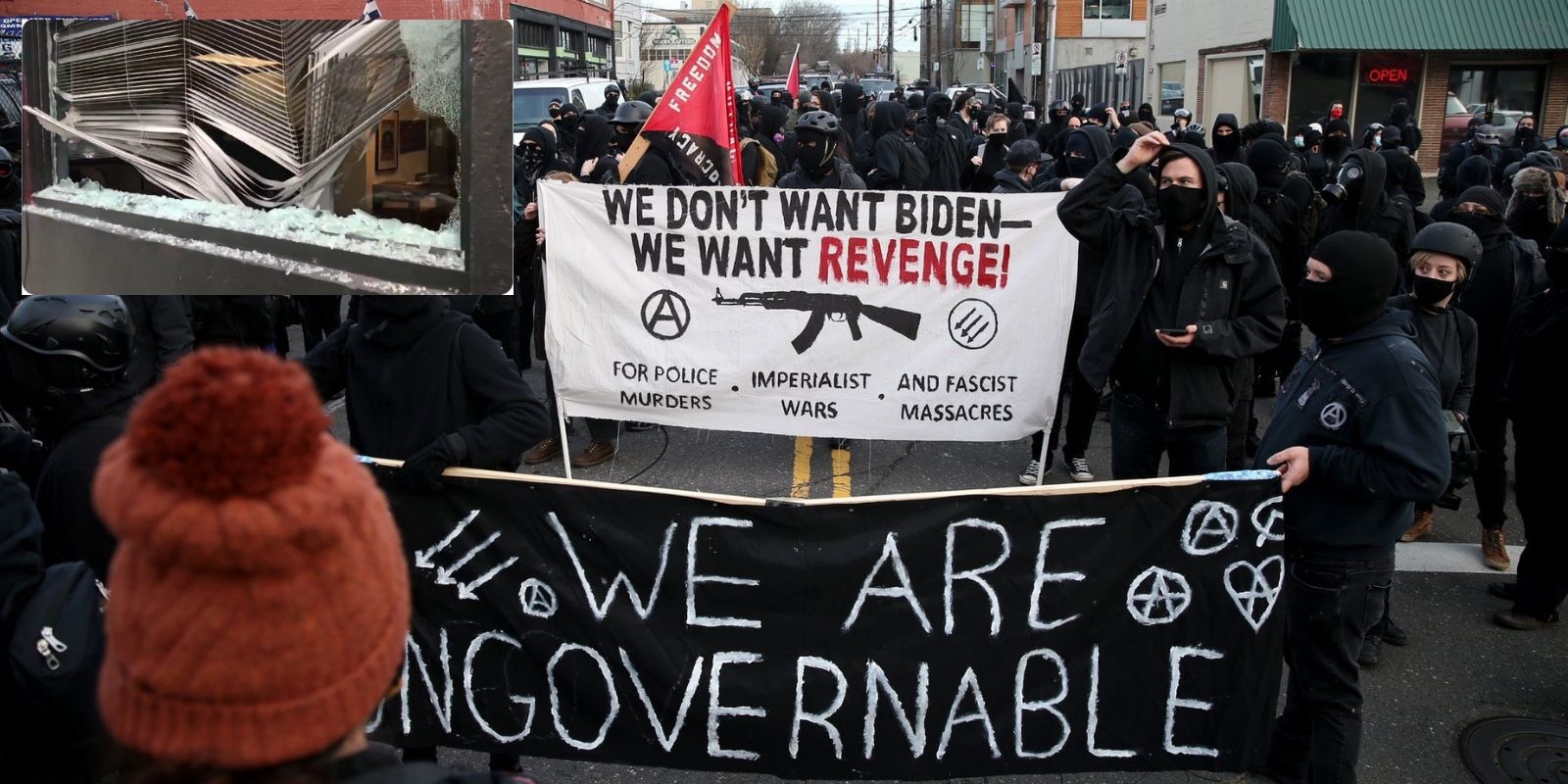 Antifa in Portland, Ore., continued to protest on Wednesday, taking aim at the Democratic Party of Oregon headquarters. Windows and doors were smashed, the building vandalized with graffiti that reads "F*ck Biden."

The Oregonian reported that about 200 Antifa activists gathered in Southeast Portland and marched through the streets as part of a J20 protest. This event followed the inauguration of President Joe Biden.

Protesters were greeted at Revolution Hall by Portland Police officers. Local news KATU reported that Antifa activists grabbed an officer's bike and that the police retreated while Antifa threw things at them.

The group arrived at the Democratic Party headquarters near 4:00 pm, at which time a second protest began at Northeast Portland's Irving Park. Video shot from a helicopter shows that two people were detained by officers at Buckman Field Park during a confrontation.

The Portland Police Bureau stated that their goals for the day's protests were to protect the rights of free speech and maintain public safety.

J20, or Disrupt J20, was organized to protest the inauguration of President Donald Trump four years ago. The event has picked up again this year as Antifa and many on the far left do not support President Biden or his administration.