Rep. Alexandria Ocasio-Cortez faked being handcuffed as she was escorted away by police at Tuesday's pro-abortion Supreme Court protest, video shows. 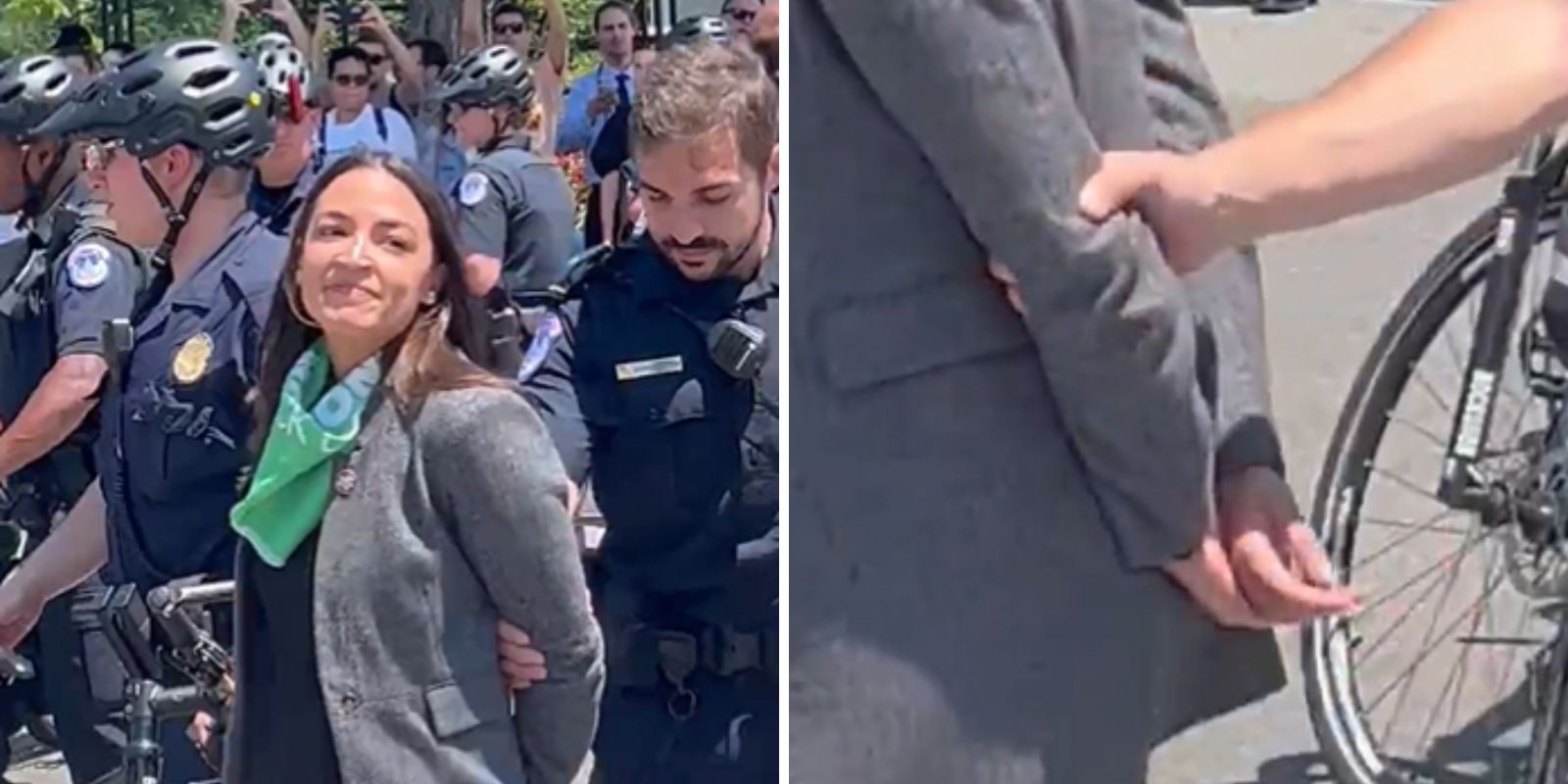 Rep. Alexandria Ocasio-Cortez faked being handcuffed as she was escorted away by police at Tuesday's pro-abortion Supreme Court protest, video shows.

Cori Bush, as well as other Congresswomen were seen being escorted away from the Supreme Court on Tuesday as pro-abortion activists protested outside the nation’s highest court.

Ocasio-Cortez was seen being walked away by an officer alongside another protestor with her hands crossed behind her back, both of which had green bandanas, with the color being associated with the pro-abortion group Rise Up 4 Abortion Rights and pro-abortion protests across the country.

Congresswoman Cori Bush, as well as Carolyn Maloney, Ilhan Omar, and other members of the Democratic Women’s Caucus were arrested or detained.

Shortly after the incident, Bush retweeted a video of her being detained, and added, "I introduced legislation yesterday and today to protect reproductive freedom. Today my colleagues and I put our bodies on the line—because we will leave no stone unturned in our fight for justice. Bans off our bodies."

Speaking in regards to her arrest, Maloney stated, "There is no democracy if women do not have control over their own bodies and decisions about their own health, including reproductive care."

"I have the privilege of representing a state where reproductive rights are respected and protected — the least I can do is put my body on the line for the 33 million women at risk of losing their rights. The Republican Party and the right-wing extremists behind this decision are not pro-life, but pro-controlling the bodies of women, girls, and any person who can become pregnant. Their ultimate goal is to institute a national ban on abortion. We will not let them win. We will be back," she added.

Members of Congress were seen amongst those detained by police in an area taped off by police near the court.

In a post to Twitter, US Capitol Police said that demonstrators had illegally blocked First Street NE, which runs alongside the Supreme Court and the Capitol Building. They said that three warnings had been issued, and made arrests, with the street being cleared just after 1:30 pm.

Capitol Police also noted that 34 people in total were arrested outside the court building, with 16 being members of Congress.