Individuals were quick to point out the self-described Marxist's hypocrisy and slammed the former bartender on Twitter for virtue signaling and attending the event without a mask on. 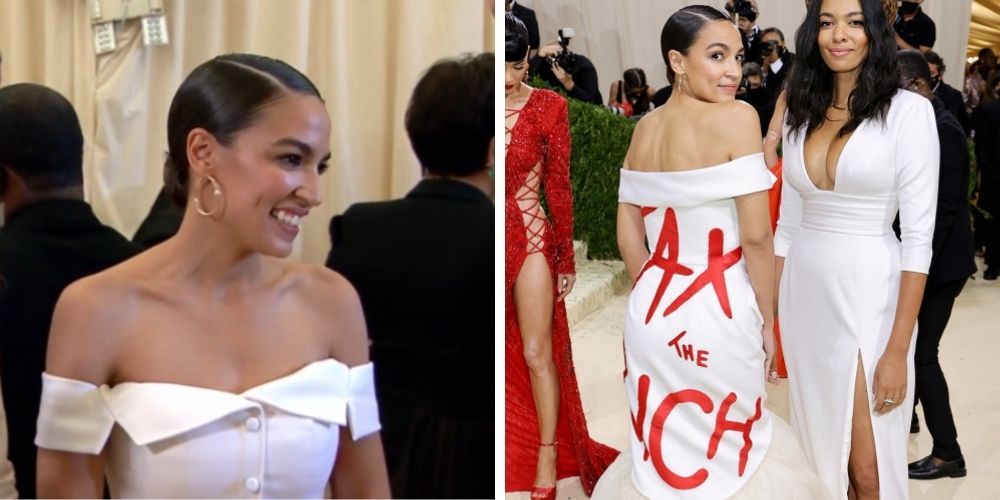 Socialist congresswoman Alexandra Ocasio-Cortez from New York made a red carpet debut on Monday night for the ultra-exclusive Met Gala while flaunting a "Tax the Rich" gown. She flaunted the gown alongside the nation's richest elite, where a ticket to the event costs a minimum of $30,000 and a table goes for the grand total of $275,000.

In an interview with Vogue, the congresswoman from New York City referred to herself as a "working class" citizen despite her $174,000 taxpayer funded congressional salary.

"When Aurora and I were first partnered, we really started having a conversation about what it means to be working class women of color at the Met. We said 'We can't just play along but we need to break the fourth wall and challenge some of the institutions,'" AOC said. "The Met is known for its spectacle. We should have a conversation about it."

Individuals were quick to point out the self-described Marxist's hypocrisy and slammed the former bartender on Twitter for virtue signaling and attending the event without a mask on, a requirement she mandated for her constituents.

"Cost per Ticket: $30,000. Virtue signaling to your base while partying—without a mask—with the people you claim to hate: Priceless," Texas senator Ted Cruz said.

"What makes @AOC a bigger fraud: The "tax the rich" dress while she's hanging out with a bunch of wealthy leftwing elites or the lack of masks after spending the past 18 months as one of the biggest authoritarian mask Karens in the country?," Donald Trump Jr. said of the congresswoman's hypocrisy.

New York representative Carolyn Maloney was also in attendance and bore a gown which advocated for women to have "equal rights" in which they are already granted in the United States.