The federal government, under the Biden administration, "has exerted tremendous pressure on social-media companies—pressure to which companies have repeatedly bowed." 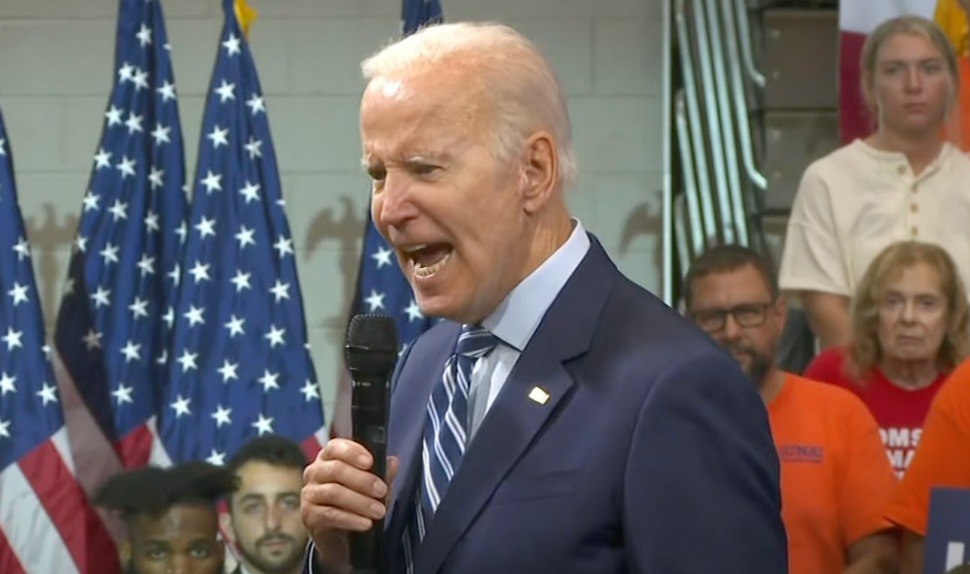 Federal officials in the Biden administration secretly conspired and communicated with social media companies to censor and suppress Americans' private speech. This is revealed in a new lawsuit brought in a joint effort by The New Civil Liberties Alliance, the Attorney General of Missouri, and the Attorney General of Louisiana against the President of the United States. The suit is brought under the first amendment right to freedom of speech. The lawsuit seeks to identify among other things "all meetings with any Social-Media Platform relating to Content Modulation and/or Misinformation."

The discovery shows that there was "A recurring meeting usually entitled USG – Industry meeting, which has generally had a monthly cadence, and is between government agencies and private industry. Government participants have included CISA’s Election Security and Resilience team, DHS’s Office of Intelligence and Analysis, the FBI’s foreign influence task force, the Justice Department’s national security division, and the Office of the Director of National Intelligence. Industry participants have included Google, Facebook, Twitter, Reddit, Microsoft, Verizon Media, Pinterest, LinkedIn and the Wikimedia Foundation. The topics discussed include, but are not limited to: information sharing around elections risk, briefs from industry, threat updates, and highlights and upcoming watch outs."

Communications across 11 federal agencies reveal that the federal government, under the Biden administration, "has exerted tremendous pressure on social-media companies—pressure to which companies have repeatedly bowed," the New Civil Liberties Alliance details in a new release. The social media companies that were part of this Partner Support Portal include Twitter, Facebook, Instagram, YouTube, and LinkedIn.

The CDC invited "all tech platforms" in to their meeting to discuss how to suppress free speech about Covid online.

Those agencies involved include the White House, HHS, DHS, CISA, the CDC, NIAID, the Office of the Surgeon General, the Census Bureau, the FDA, the FBI, the State Department, the Treasury Department, and the U.S. Election Assistance Commission. The NCLA notes further that, during the discovery process of this lawsuit, "the government has been uncooperative and has resisted complying with the discovery order every step of the way—especially with regard to Anthony Fauci's communications."

The reasons for noncompliance include the defendants claims that "White House communications are privileged, even though such privilege does not apply to external communications," the NCLA states.

In a 700+ page Joint Statement on Discovery Disputes, what was termed the Partner Support Portal was revealed, an integrated communication system between government agencies and officials and social media companies to regulate and control Americans' speech not only with regard to Covid but as regards their own experiences.

Meta identified 32 federal officials who were involved in censorship requests on the platform, while Twitter disclosed 9 and YouTube 11. Communications did not only go from the government to the platforms. One notable occurrence happened after President Joe Biden claimed, in July 2021, that Facebook was "killing people." Meta reached out to the Surgeon General after that comment to "engage in damage control and appease the President's wrath," the NCLA states.

A Meta executive reported back to the government, saying "I wanted to make sure you saw the steps we took just this past week to adjust policies on what we are removing with respect to misinformation, as well as steps taken to further address the 'disinfo dozen': we removed 17 additional Pages, Groups, and Instagram accounts tied to the disinfo dozen...."

According to emails, the information that was censored includes vaccine refusal, and members of the military were targeted. "Vaccine refusal appeared in two main contexts in highly engaged posts - military refusals and consequences (often employment-related) for refusing the vaccine."

They targeted people who were sharing their own stories and experiences. "News and reports of severe vaccine side effects included both first- and secondhand reports in Groups, with users sharing photos and video related to their own experiences. Highly engaged Page posts contained some news reports of bad side effects, but also included content meant to educate the public."

Another communication came from "strategic communications and marketing firm" Reingold, indicating that outside consultants were brought in to manage the government's collaboration with social media companies to censor Americans' speech. Reingold discussed which government agencies' emails should be linked to the portal to flag and censor speech. This was for done for the CDC and the Census Bureau, per the below email.

"I hope you had a good weekend," it begins. "I'm following up about the partner support portal enrollment for CDC. Does the Twitter account need to be connected to a cdc.gov email or is any account fine? Also, would there be any issues or complications stemming from flagging COVID misinformation on the portal using the existing census.gov accounts that have access? We'll want to have at least some CDC accounts whitelisted, but that backup may be helpful in the
short-term."

An email sent from a Facebook email address to someone at the State Department gives details on the efforts Facebook had taken to "control information and misinformation related to Corona virus." This was sent in February 2020, before the pandemic was substantially underway in the US. It reads:

The government officials and social media platforms worked together to remove "misinformation" reported from women about peculiarities in their menstrual cycle after taking the Covid vaccine. It was later confirmed that the vaccine did have an impact on menstruation.

The team suppressed "misinformation" about vaccine passports, which were later made compulsory in places like New York City.

Side effects from vaccination were also suppressed as "misinformation."