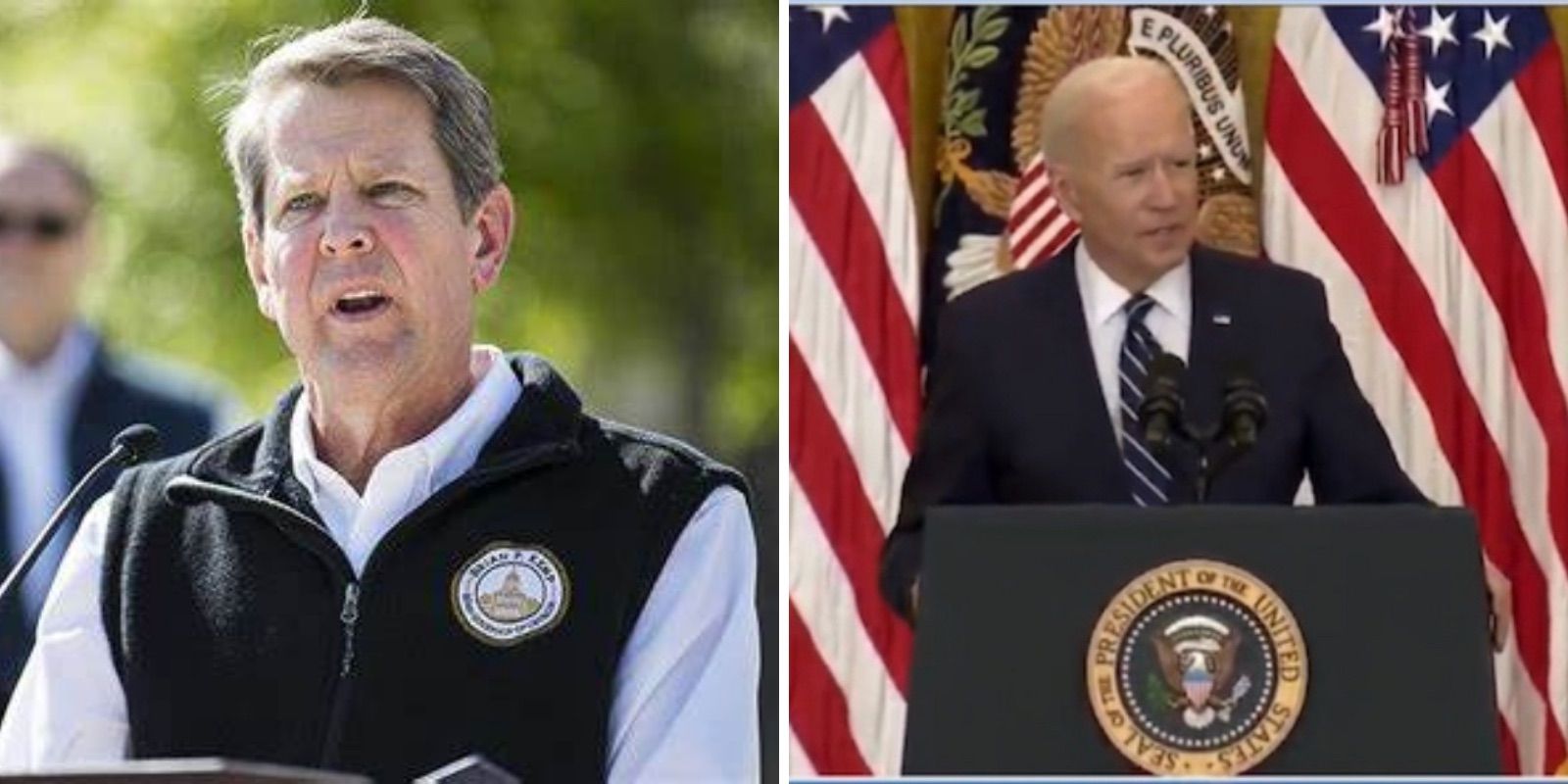 After Georgia Governor Brian Kemp signed new voting regulations into law on Thursday, President Joe Biden issued a statement saying the laws were akin to the segregationist Jim Crow laws that were prevalent in the southern US in the mid-20th century.

The statement "on the Attack on the Right to Vote in Georgia" read that "...instead of celebrating the rights of all Georgians to vote or winning campaigns on the merits of their ideas, Republicans in the state instead rushed through an un-American law to deny people the right to vote.

"This law, like so many others being pursued by Republicans in statehouses across the country is a blatant attack on the Constitution and good conscience. Among the outrageous parts of this new state law, it ends voting hours early so working people can't cast their vote after their shift is over. It adds rigid restrictions on casting absentee ballots that will effectively deny the right to vote to countless voters. And it makes it a crime to provide water to voters while they wait in line–lines Republican officials themselves have created by reducing the number of polling sites across the state, disproportionately in Black neighborhoods."

Of the law, Biden said "This is Jim Crow in the 21st Century. It must end. We have a moral and Constitutional obligation to act. I once again urge Congress to pass the For the People Act and the John Lewis Voting Rights Advancement Act to make it easier for all eligible Americans access the ballot box and prevent attacks on the sacred right to vote."

So what does the law say? The 96 page bill overhauls many of Georgia's election laws, GPB News reports.

Called SB 202, the bill looks to change many of the state's voting laws in the wake of recent elections, where, according to the bill's official text, a lack of confidence in the Georgia election systems has increased.

The bill adds the ability for the Attorney General to establish a telephone hotline regarding voter intimidation and election fraud. Also amongst the sweeping new laws, the bill requires testing voting machines for accuracy on or before three days preceding a primary or election.

It allows poll officers to serve in neighboring counties to where they resides to help fill in if there is a poll worker shortage, which happened during the 2020 election.

If a precinct has more than 2,000 electors and those waiting in line to vote had to wait more than one hour, the superintendent will either reduce the size of the precinct to contain 2,000 electors or provide additional voting equipment and/or poll workers.

Advance voting will be allowed for up to 17 days before an election up 11 days before the date of the primary or election.

Counties would be required to have two Saturday dates for advance voting, and have the option for two Sundays.

Standardized hours would be established from 9 am to 5 pm, or as early as 7 am and as late as 7 pm.

Absentee balloting and out of precinct voting

An absentee ballot application must received  no less than 11 days before the election or primary.

The bill also looks to ban out-of-precinct voting until 5 pm, where upon arrival the voter must certify that they cannot make their precinct in time.

The bill would also shorten the runoff time period from nine weeks to four weeks, and pushes up the deadline to get the results certified to the Monday directly following the election.

The bill, passed on party lines through both the State House 100-75 and the Senate 34-20, on Thursday, making a quick trip to Gov. Kemp's desk Thursday evening.

"The changes made in this legislation in 2021 are designed to address the lack of elector confidence in the election system on all sides of the political spectrum, to reduce the burden on election officials, and to streamline the process of conducting elections in Georgia by promoting uniformity in voting," the bill states.