Speaking with the press on Wednesday, Biden suggested that the billionaire was "worthy of being looked at" as a national security risk. 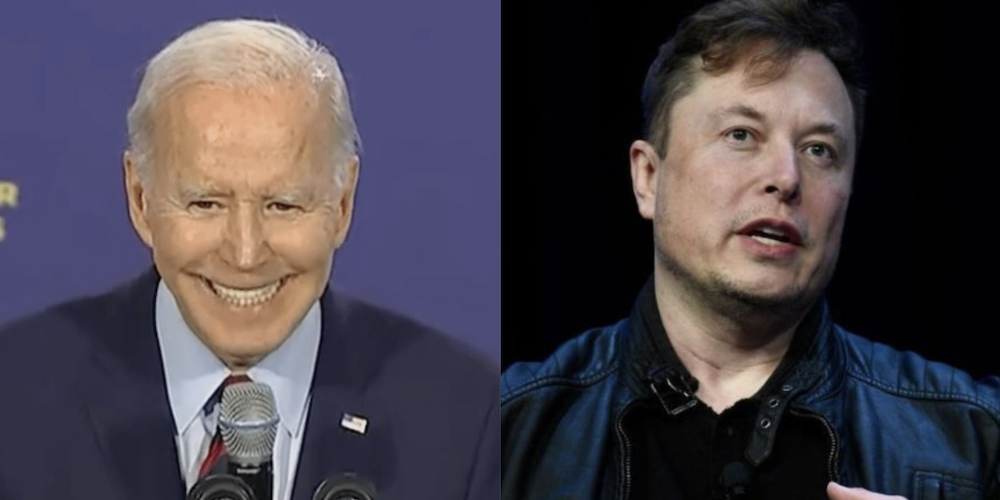 Jarryd Jaeger Vancouver, BC
Nov 9, 2022 minute read
ADVERTISEMENT
ADVERTISEMENT
On Wednesday, President Biden was asked during a press conference about Elon Musk and his acquisition of Twitter.

In his response, Biden suggested that the billionaire was "worthy of being looked at" as a national security risk.

"Mr. President do you think Elon Musk is a threat to national security?" she asked. "And should the US, with the tools you have, investigate his joint acquisition of Twitter with foreign governments, which include the Saudis?"

Biden paused for a few seconds and chuckled.

"I think that Elon Musk's cooperation and or technical relationships with other countries is worthy of being looked at," he said. "Whether or not he is doing inappropriate, I'm not suggesting that, I'm suggesting it's worth being looked at, and that's all I'll say."

This is not the first time such a question has been raised. Many questioned whether Musk's list of fellow investors, which includes Saudis and Qataris, could potentially pose a threat to national security given their respective regimes' history of limiting freedom of speech.

According to Bloomberg, Musk's acquitision of Twitter was financed in part by coffers controlled by the Saudi and Qatari governments, as well as the private office of Saudi Prince Alwaleed bin Talal.

"Dear friend 'Chief Twit'," Talal said to Musk on Twitter. "Together all the way."

In an attached press release, the partial funding of Musk's Twitter acquisition was noted to be "in line with the long-term investment strategy for which Kingdom Holding Company is known for."