“I don’t there is any such a thing as the ability to easily use a tactical weapon and not end up with Armageddon,” Biden said. 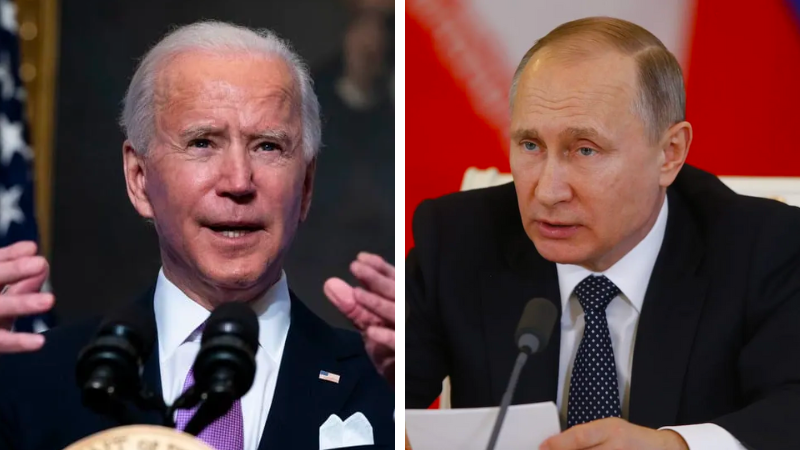 Libby Emmons Brooklyn NY
Oct 6, 2022 minute read
ADVERTISEMENT
ADVERTISEMENT
Speaking at a fundraiser on Thursday night, President Joe Biden told the assembled that Russian President Vladimir Putin is "not joking when he talks about the use of tactical nuclear weapons or biological chemical weapons."

"We have not faced the prospect of Armageddon since Kennedy and the Cuban Missile Crisis," Biden said, according to PBS.

"First time since the Cuban missile crisis, we have the threat of a nuclear weapon if in fact things continue down the path they are going. We are trying to figure out, What is Putin’s off ramp? Where does he find a way out?" Biden said.

Biden spoke about Putin's "nuclear doctrine" that a lower-yield nuclear weapon, used in a tactical way, would be of lesser consequence that something more powerful, saying that any engagement with nuclear weapons has the capability to become an all-out nuclear holocaust.

“I don’t there is any such a thing as the ability to easily use a tactical weapon and not end up with Armageddon,” Biden said.

Putin warned in a speech "that should Western forces endanger the 'integrity' of Russian territory — which, as Putin defines it, may now include the four regions of Ukraine that he illegally annexed — 'we will certainly use all the means at our disposal.' He added, 'This is not a bluff,'" The New York Times reported this week.

National security advisor Jake Sullivan said that shoudl Putin use nuclear weapons there would be "catastrophic consequences" and that these had been "spelled out" privately to Moscow.