Black Lives Matter activist John Sullivan, 25, who was caught in a photograph of the Capitol Hill riot on Jan. 6, was arrested Thursday for participating "knowingly and willfully" in illegal conduct when he breached the Capitol, according to a sworn affidavit. 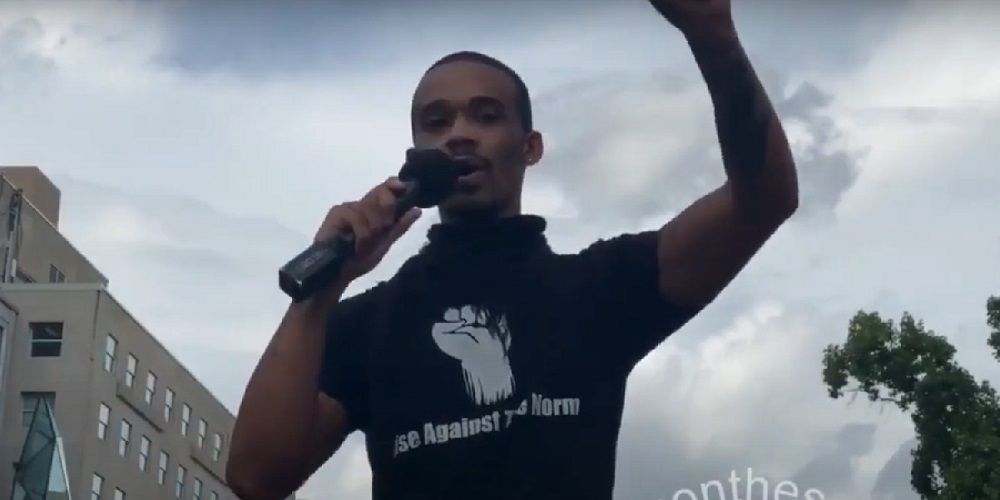 Black Lives Matter activist John Sullivan, 25, who was caught in a photograph of the Capitol Hill riot on Jan. 6, was arrested Thursday for participating "knowingly and willfully" in illegal conduct when he breached the Capitol, according to a sworn affidavit.

Reports identified Sullivan as being present at the riot and breaching the building alongside other rioters who, once inside, committed destruction of property as well as violence against police.

The affidavit said that Sullivan participated in illegal conduct when he breached into the Capitol along with other protesters intent on disturbing a Congressional proceeding.

"Specifically, on or about January 6, 2021, SULLIVAN knowingly and willfully joined a crowd of individuals who forcibly entered the U.S. Capitol and impeded, disrupted, and disturbed the orderly conduct of business by the United States House of Representatives and the United States Senate," according to the affidavit.

The affidavit also cited recorded examples of Sullivan inciting violence amongst the rioters.

"Later, SULLIVAN’s video includes footage of individuals climbing a wall to reach a plaza just outside the Capitol Building entrance, as seen in the screenshot below. As individuals are climbing the wall, SULLIVAN can be heard saying, 'You guys are fucking savage. Let’s go!'"

Sullivan was previously arrested at a Black Lives Matter riot in Utah in July 2020 as the founder of Utah based BLM extremist group Insurgence USA, which promoted an event called "Kick These Fascists out of DC." Sullivan was booked into the Utah County Jail at the time for investigation of rioting, making a threat of violence, and criminal mischief, DeseretNews reported.

He previously claimed that he was at the riot for purposes of documenting what was occurring. "It’s just recording, solely, and not being active in it," he told Fox News. The affidavit also referenced this claim, noting that Sullivan did not have press credentials when supposedly documenting the riot in a journalistic capacity.

"SULLIVAN claimed to be an activist and journalist that filmed protests and riots, but admitted that he did not have any press credentials," according to the document.