During the trial of Kyle Rittenhouse on Tuesday, video was entered into evidence that showed the shooting for which the young man is on trial from an aerial angle. The video had not yet before been seen. 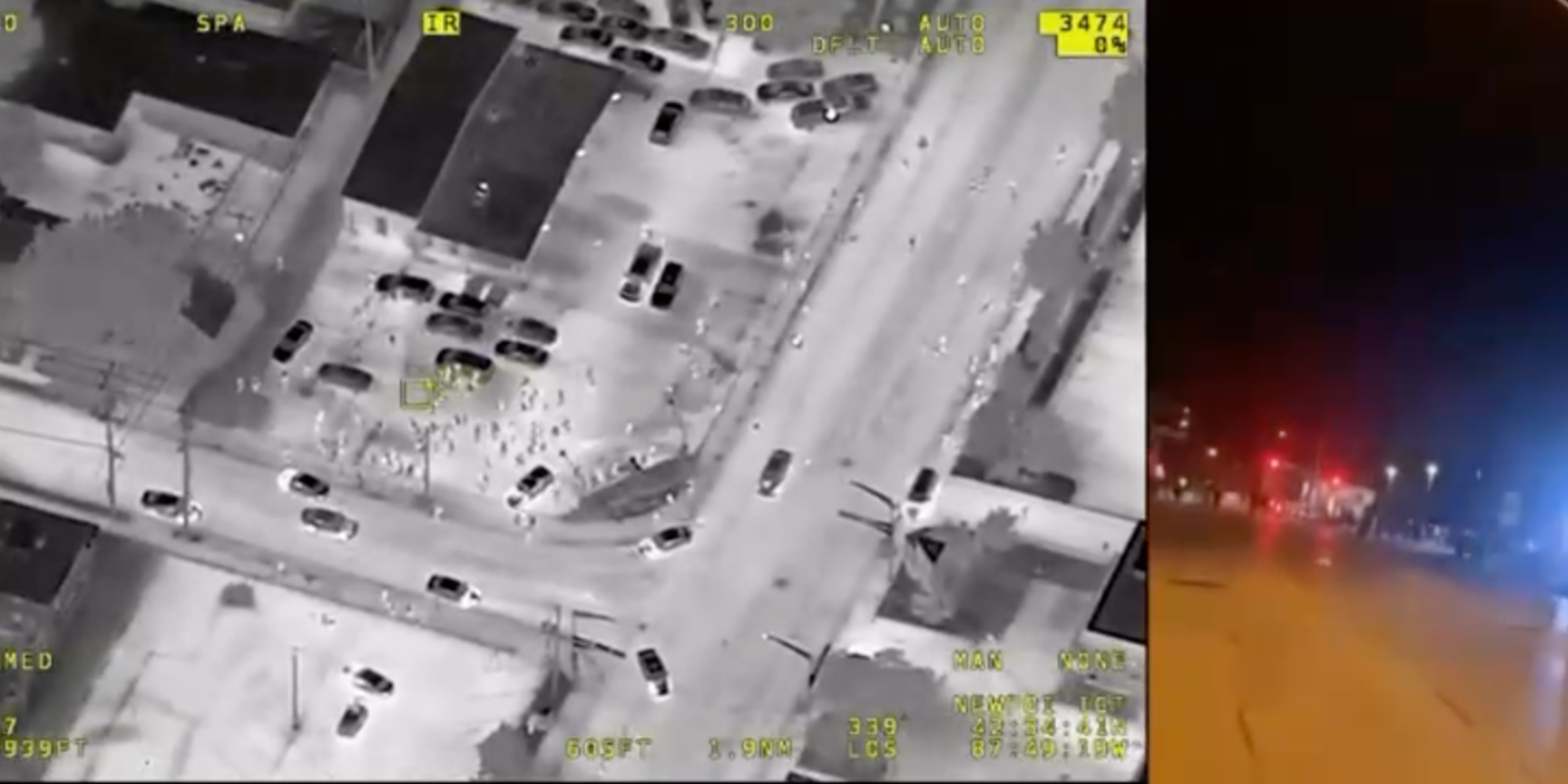 During the trial of Kyle Rittenhouse on Tuesday, video was entered into evidence that showed the shooting for which the young man is on trial from an aerial angle. The video had not yet before been seen.

The video was obtained by Jack Posobiec of Human Events Daily prior to its presentation into evidence.

The new video was presented into evidence on Tuesday by the defense, with descriptions given prior to the showing of the video to give jurors a sense of what was happening in the video. Still photographs showed Rittenhouse, as well as the men who were shot, and reporters who were on the scene.

The video was shot via an FBI plane during the riot in August 2020 when Rittenhouse shot three men, killing two and injuring a third.

Tuesday's footage compliments a previous video published in September 2020 by an organization that was raising funds for Rittenhouse's legal defense. Free speech group #FightBack Foundation posted the separate 11-minute video, detailing the order of events on that fateful night in Kenosha.

The video from last year showed how tensions rose as Black Lives Matter rioters set a dumpster ablaze, moving it towards a gas station.

Rosenbaum reportedly retaliated, focusing his attention on a guard in a green t-shirt dressed similarly to Rittenhouse. Rosenbaum was also allegedly seen starting more fires down the street on the night in question. Rittenhouse was simultaneously spotted running with a fire extinguisher.

The sequence showed reporter Richard McGinniss filming the foot pursuit on his cell phone, following close behind. Directly in front of Rittenhouse, a mob armed with bats formed a barricade. Rittenhouse's back was to the initial shot.

The clip with the same angle was transposed onto Tuesday's footage at the 1:46 second mark, visible in the lower right-hand corner.