"The defendant solicited young girls, including the minor plaintiff, for the purpose of knowingly persuading, inducing, enticing and coercing them to engage in sexual activity..." 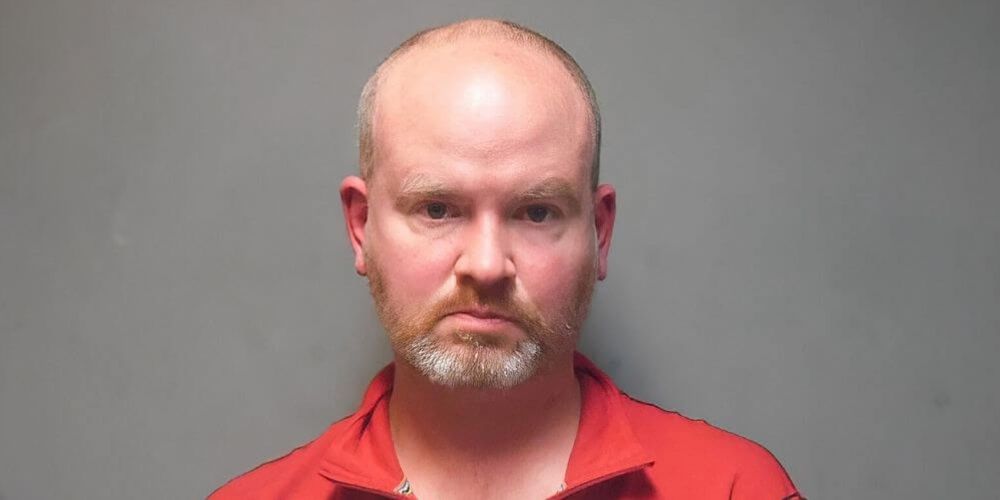 Ari Hoffman Seattle WA
Dec 12, 2022 minute read
ADVERTISEMENT
ADVERTISEMENT
Former CNN senior producer John Griffin has pleaded guilty in federal court after being accused of child sex crimes and charged a year ago. He plead guilty to "using interstate commerce to entice and coerce a 9-year-old girl to engage in sexual activity at his Vermont ski house," per AP.

Two of the three charges against Griffin, 45, were dropped by the federal government as part of the agreement. According to the Associated Press, Griffin "must pay full restitution to the victims, an amount which will be determined by the court" and "has agreed to forfeit a Tesla vehicle, and electronic items and to donate half of the proceeds from the sale of his Vermont home and the upcoming sale of a Mercedes vehicle into the court registry."

Griffin’s sentencing is scheduled for March 2023. He faces a minimum of 10 years to life in prison and a fine of up to $250,000, must pay full restitution to the victims of an amount to be determined by the court. After his prison sentence, he also likely faces supervised release with conditions which include participating in a sex offender treatment and registering as a sex offender and cannot have contact with anyone under the age of 18, except in the presence of probation officer approved adult and will be prohibited from being near schools, playgrounds, theme parks, and other areas where children congregate, unless approved in advance by the probation officer.

The ex-CNN producer has agreed to forfeit his Tesla as well as electronic items and to donate half of the proceeds from the sale of his Vermont home and a Mercedes vehicle into the court registry.

According to a federal indictment, Griffin, a resident of Stamford, Connecticut was charged by a grand jury in Vermont "with three counts of using a facility of interstate commerce to attempt to entice minors to engage in unlawful sexual activity," for coercing parents to allow their minor daughters as young as seven years old to engage in sexual activity in his Vermont ski home.

The US Attorney's office in Vermont wrote in a statement last December that Griffin "sought to persuade parents to allow him to train their daughters to be sexually submissive."

According to the indictment, between April and July 2020, Griffin used online messaging platforms such as Google Hangouts to contact parents with underage daughters and told them "that a 'woman is a woman regardless of her age,' and that women should be sexually subservient and inferior to men.”

The US Attorney alleged, "Griffin later transferred over $3,000 to the mother for plane tickets so the mother and her 9-year-old daughter could fly from Nevada to Boston’s Logan airport. The mother and child flew to Boston in July of 2020, where Griffin picked them up in his Tesla and drove them to his Ludlow house. At the house, the daughter was directed to engage in, and did engage in, unlawful sexual activity.”

According to messages included in the indictment, the CNN veteran said he believed there is a "wanton whore" at "the core of any" female and that "a woman is a woman regardless of her age."
In text messages the CNN producer sent to the mother of two daughters, ages 9 and 13, he said, "One of the big lies of this society is that women are delicate innocent angels and they are in actuality, naturally, the dirtiest sluts possible, in EVERY metric."

Griffin also texted the mother, "When handled appropriately, a woman is a woman regardless of her age" and encouraged the mom to make sure her 13-year-old daughter was "trained properly."
The indictment indicated that the producer for CNN's now-canceled morning program "New Day" had "sexually trained girls as young as 7 years old" and advised a mother that her 14-year-old daughter "would be a good candidate for such training."

According to Fox News, he said training should begin in a video chat where he "planned to instruct the 14-year-old and her mother to remove their clothing and touch each other" and eventually declared in-person meetings would include "spanking" and "c--k worship."

According to court filings, the evidence against Griffin included a drone footage taken by the ex-CNN producer which showed a "completely naked 9-year-old girl" standing next to him in his underwear.

The prosecutor's pretrial detention memo stated, "When confronted with this video during an interview by FBI agents, Griffin's first response was merely to suggest he was not looking at the naked girl, despite that she was standing so close to him to be touching.”

Griffin was employed by the network for eight years and was fired shortly after his arrest. He was also hit with a $15 million civil lawsuit by a 9-year-old "Jane Doe."