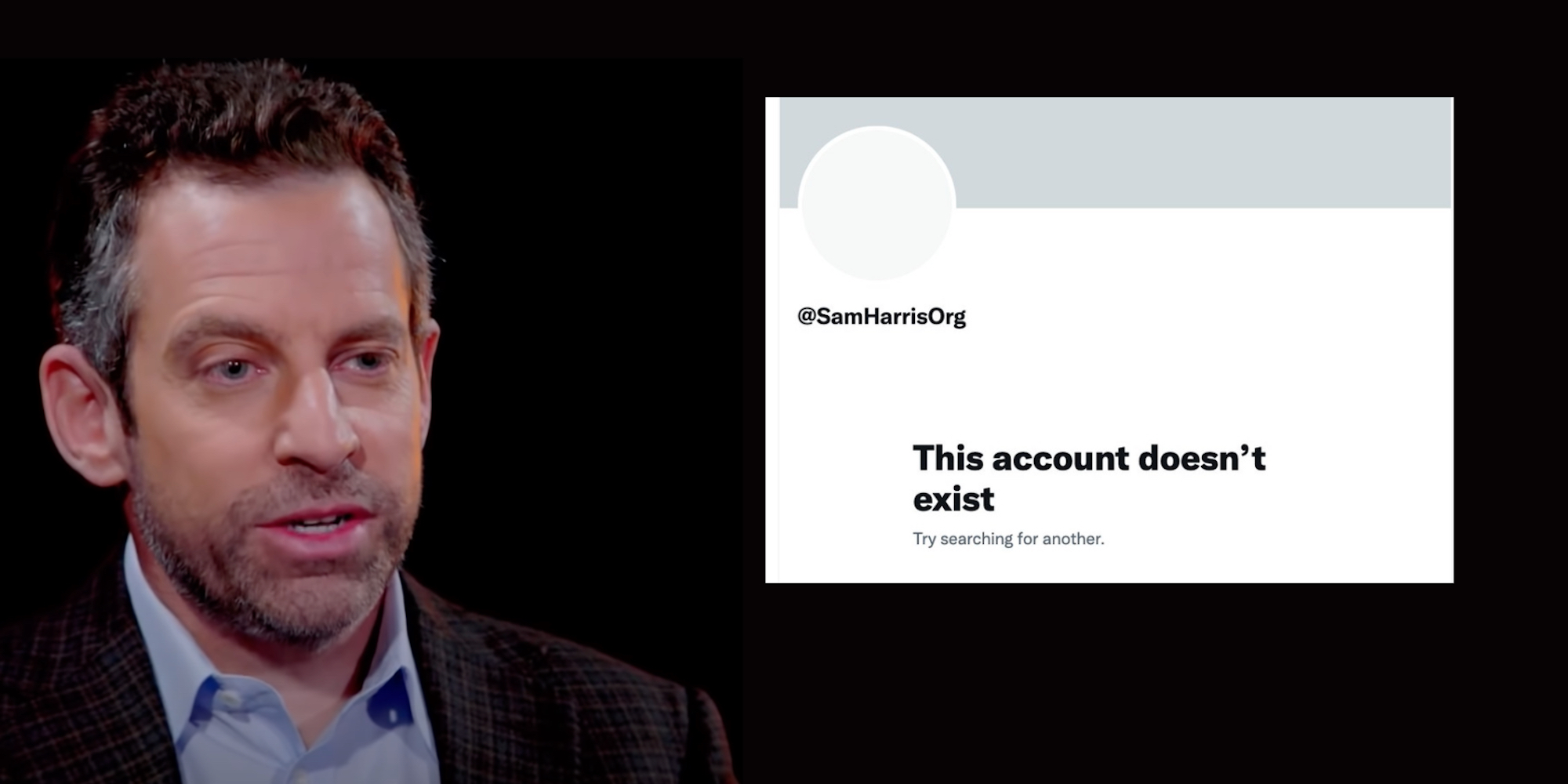 The move comes after the Waking Up podcast host was slammed for stating that he hated Trump to such an extent that he wouldn't have cared if Hunter Biden "had the corpses of children in his basement" in the lead up to the 2020 election.

When users click on @SamHarrisOrg's profile, a message pops up stating that, "This account doesn't exist." All the tweets and replies he sent are also gone, with only those screenshotted by other users still on the site.

Eric Weinstein, a longtime friend and frequent podcast guest of Harris', said that he had checked in and confirmed that the account was deleted of his own volition. He, likely many, pointed out that Harris' tone had shifted after 2020.

Gad Saad suggested that Harris' decision to leave Twitter was just the latest in a string of "acts of childish insolence," where he "broke friendships, doubled down, and exhibited astounding pomposity."