On Wednesday, Musk revealed that Twitter has interfered with elections. On Friday, he revealed the true story of the suppression of Emma Jo Morris' bombshell reporting on Hunter Biden's laptop.

Elon Musk announced on Friday that that "What really happened with the Hunter Biden story suppression by Twitter will be published on Twitter at 5pm ET!" And then he spilled the tea.

"What you’re about to read is the first installment in a series, based upon thousands of internal documents obtained by sources at Twitter.

"The 'Twitter Files' tell an incredible story from inside one of the world’s largest and most influential social media platforms. It is a Frankensteinian tale of a human-built mechanism grown out the control of its designer.

"Twitter in its conception was a brilliant tool for enabling instant mass communication, making a true real-time global conversation possible for the first time.

"In an early conception, Twitter more than lived up to its mission statement, giving people “the power to create and share ideas and information instantly, without barriers.

"Slowly, over time, Twitter staff and executives began to find more and more uses for these tools. Outsiders began petitioning the company to manipulate speech as well: first a little, then more often, then constantly.

"By 2020, requests from connected actors to delete tweets were routine. One executive would write to another: 'More to review from the Biden team.' The reply would come back: 'Handled.' 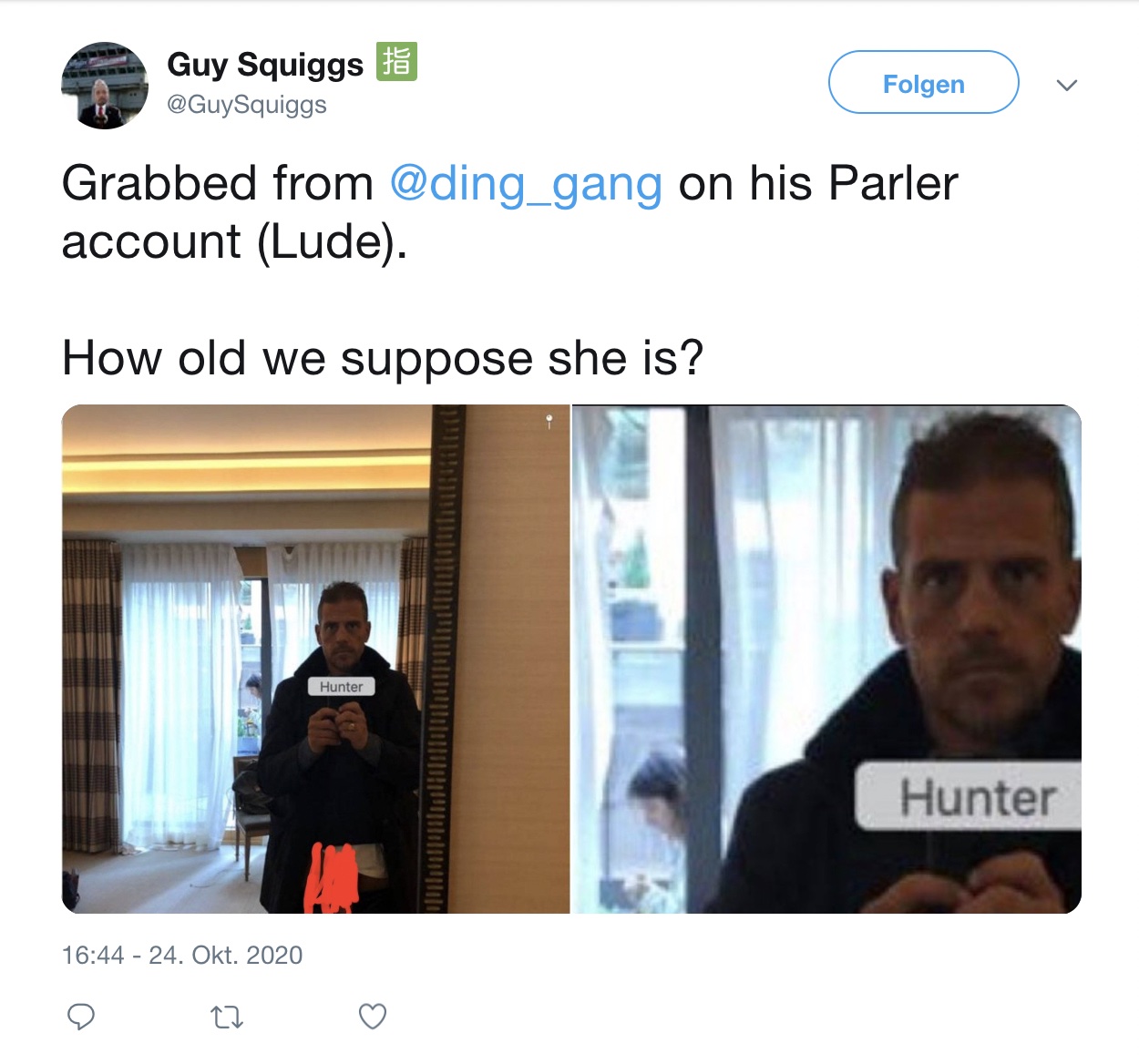 "Celebrities and unknowns alike could be removed or reviewed at the behest of a political party: 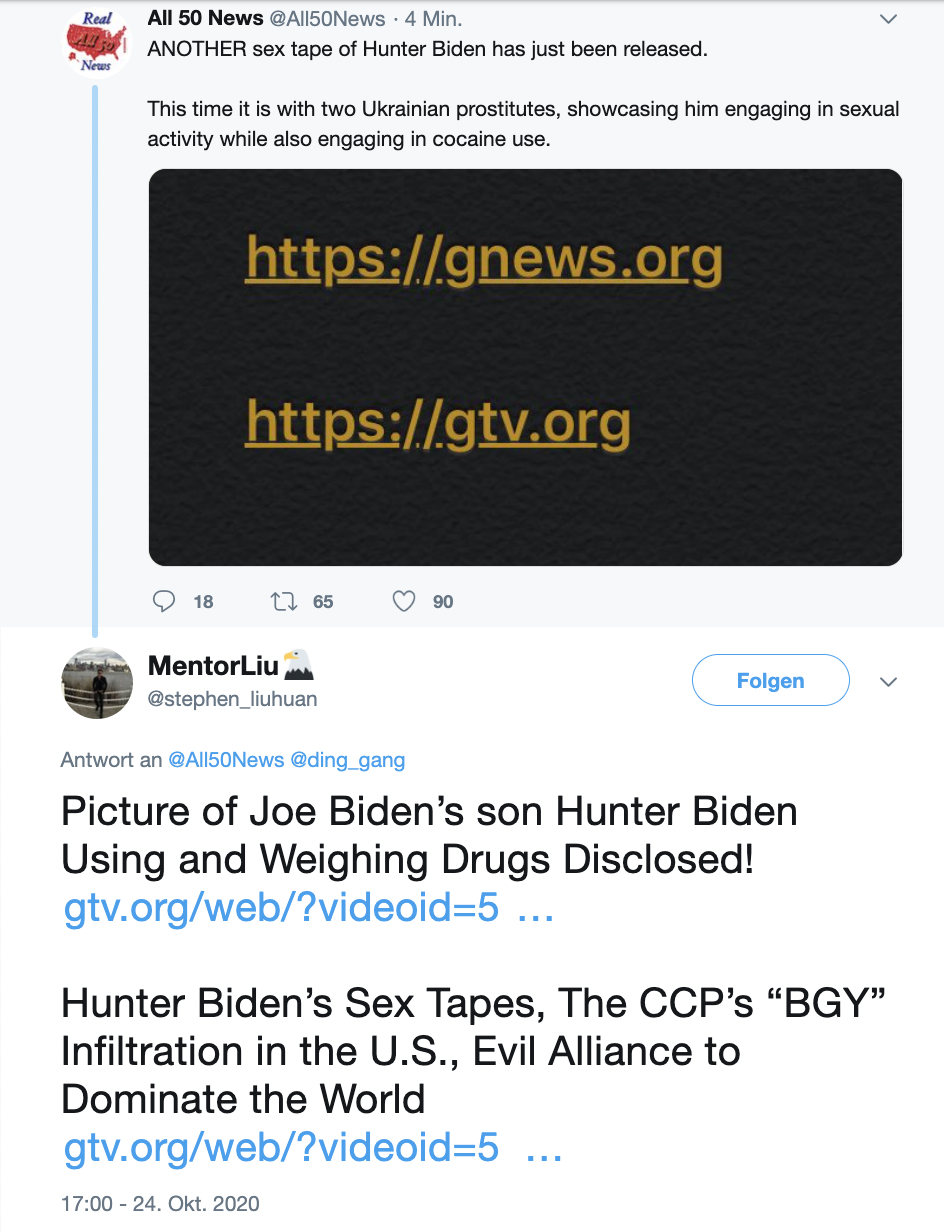 "Both parties had access to these tools. For instance, in 2020, requests from both the Trump White House and the Biden campaign were received and honored. However:

"This system wasn't balanced. It was based on contacts. Because Twitter was and is overwhelmingly staffed by people of one political orientation, there were more channels, more ways to complain, open to the left (well, Democrats) than the right. https://www.opensecrets.org/orgs/twitter/summary?id=D000067113

"The resulting slant in content moderation decisions is visible in the documents you’re about to read. However, it’s also the assessment of multiple current and former high-level executives.

"Okay, there was more throat-clearing about the process, but screw it, let's jump forward

"On October 14, 2020, the New York Post published BIDEN SECRET EMAILS, an expose based on the contents of Hunter Biden’s abandoned laptop:

"Twitter took extraordinary steps to suppress the story, removing links and posting warnings that it may be 'unsafe.' They even blocked its transmission via direct message, a tool hitherto reserved for extreme cases, e.g. child pornography.

"White House spokeswoman Kaleigh McEnany was locked out of her account for tweeting about the story, prompting a furious letter from Trump campaign staffer Mike Hahn, who seethed: 'At least pretend to care for the next 20 days.'

"This led public policy executive Caroline Strom to send out a polite WTF query. Several employees noted that there was tension between the comms/policy teams, who had little/less control over moderation, and the safety/trust teams:

"Strom’s note returned the answer that the laptop story had been removed for violation of the company’s “hacked materials” policy: https://t.co/EdTa2xbXn1

"Although several sources recalled hearing about a “general” warning from federal law enforcement that summer about possible foreign hacks, there’s no evidence - that I've seen - of any government involvement in the laptop story. In fact, that might have been the problem...

"The decision was made at the highest levels of the company, but without the knowledge of CEO Jack Dorsey, with former head of legal, policy and trust Vijaya Gadde playing a key role.

“'They just freelanced it,' is how one former employee characterized the decision. 'Hacking was the excuse, but within a few hours, pretty much everyone realized that wasn’t going to hold. But no one had the guts to reverse it.'

"You can see the confusion in the following lengthy exchange, which ends up including Gadde and former Trust and safety chief Yoel Roth. Comms official Trenton Kennedy writes, 'I'm struggling to understand the policy basis for marking this as unsafe':

"By this point 'everyone knew this was fucked,' said one former employee, but the response was essentially to err on the side of… continuing to err.

"Former VP of Global Comms Brandon Borrman asks, 'Can we truthfully claim that this is part of the policy?'

"To which former Deputy General Counsel Jim Baker again seems to advise staying the non-course, because 'caution is warranted':

"A fundamental problem with tech companies and content moderation: many people in charge of speech know/care little about speech, and have to be told the basics by outsiders. To wit:

"In one humorous exchange on day 1, Democratic congressman Ro Khanna reaches out to Gadde to gently suggest she hop on the phone to talk about the 'backlash re speech.' Khanna was the only Democratic official I could find in the files who expressed concern.

"Gadde replies quickly, immediately diving into the weeds of Twitter policy, unaware Khanna is more worried about the Bill of Rights:

"Khanna tries to reroute the conversation to the First Amendment, mention of which is generally hard to find in the files:

"Within a day, head of Public Policy Lauren Culbertson receives a ghastly letter/report from Carl Szabo of the research firm NetChoice, which had already polled 12 members of congress – 9 Rs and 3 Democrats, from 'the House Judiciary Committee to Rep. Judy Chu’s office.'

"NetChoice lets Twitter know a 'blood bath' awaits in upcoming Hill hearings, with members saying it's a 'tipping point,' complaining tech has 'grown so big that they can’t even regulate themselves, so government may need to intervene.'

"Szabo reports to Twitter that some Hill figures are characterizing the laptop story as 'tech’s Access Hollywood moment':

"An amazing subplot of the Twitter/Hunter Biden laptop affair was how much was done without the knowledge of CEO Jack Dorsey, and how long it took for the situation to get 'unf*cked' (as one ex-employee put it) even after Dorsey jumped in.

"While reviewing Gadde's emails, I saw a familiar name - my own. Dorsey sent her a copy of my Substack article blasting the incident

"There are multiple instances in the files of Dorsey intervening to question suspensions and other moderation actions, for accounts across the political spectrum.

"The problem with the 'hacked materials' ruling, several sources said, was that this normally required an official/law enforcement finding of a hack. But such a finding never appears throughout what one executive describes as a "whirlwind" 24-hour, company-wide mess.

"It's been a whirlwind 96 hours for me, too. There is much more to come, including answers to questions about issues like shadow-banning, boosting, follower counts, the fate of various individual accounts, and more. These issues are not limited to the political right."

And with that, Matt Taibbi signed off, saying "Good night, everyone. Thanks to all those who picked up the phone in the last few days."

On Wednesday, Musk revealed that Twitter has interfered with elections. It was in response to a report from Reuters about Twitter's move to free speech under Musk, he replied that "The obvious reality, as long-time users know, is that Twitter has failed in trust & safety for a very long time and has interfered in elections. Twitter 2.0 will be far more effective, transparent and even-handed."

In October 2020, in the lead up to the general presidential election in the US, Emma Jo Morris broke the story in the New York Post of a discarded laptop left at a Delaware computer repair shop. That laptop belonged to Hunter Biden, and on it, a treasure trove of explicit material was found. But what Morris wrote about was the evidence contained on that laptop that pointed to the Biden famliy having engaged in influence peddling as well as shady international business dealings.

The story was suppressed and censored by social media platforms Twitter and Facebook, both outlets assuming that the information was false. The reason they believed it to be false, then Twitter CEO Jack Dorsey and Facebook CEO Mark Zuckerberg said, was because they had been contacted by agents with the FBI who said the platforms should be on the lookout for a so-called misinformation dump. When the laptop story broke, the platforms assumed that was it, and censored the story.

Those with the Biden campaign called it "Russian disinformation," but the laptop was very real. The younger Biden had dropped the computer off at a Delaware repair shop and simply never came to pick it up. The repair shop, per their policy, takes possession of materials that are left in their possession for more than 90 days. The owner of the shop realized the potential bombshell he had on his hands, and managed to get the laptop to Rudy Giuliani.

Twitter claimed that they believed the data revealed by Morris and the Post had been hacked— it wasn't. But under their terms of service, hacked material is not allowed on the platform. The New York Post's Twitter account was locked, and many media outlets, from NPR to The New York Times to the Washington Post all issued explainers to readers as to why they refused to cover the story rather than actually cover the story. CBS only just admitted that it was real.

After the presidential election, in which the winning votes went to Joe Biden, it was revealed that nothing about the story was false, hacked, or misinformation, and that the social media platforms, which essentially operate as the American newsstand, had censored information that was essential for the American public. Polls after the election showed that many Americans would likely not have voted for Biden had they known about the contents of the laptop.

Dorsey and Zuckerberg had to go before Congress and apologize to the American people for what they had done, which each of them assumed was in the best interests of the nation, the American elections, and their platforms.
ADVERTISEMENT
ADVERTISEMENT
musk hunter joe