CBS News has finally admitted that the Hunter Biden laptop story is real—nearly 800 days after the New York Post broke the story. 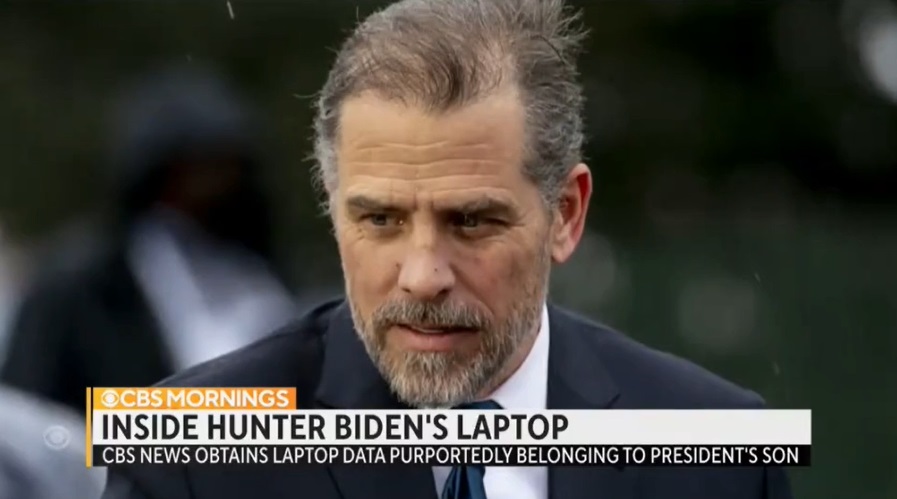 During a segment on Monday, CBS News said that it has authenticated the data from Hunter Biden's laptop. The laptop links President Joe Biden to his son Hunter and brother Jim Biden's foreign influence peddling. The story was widely censored by big tech companies after intelligence officials claimed that the story was Russian disinformation, conveniently, right before the 2020 election.

CBS is the latest outlet to admit that the story is real, after both the Washington Post and The New York Times did so in March of this year. The recently-fired CNN anchor Brian Stelter would also end up acknowledging the story in August of this year.

The CBS report by correspondent Catherine Herridge shows how she received a copy of the hard drive from former computer repairman John Paul Mac Isaac, and that the files were deemed legitimate by a former Secret Service computer crimes expert.

She said that there is no evidence that the documents were altered.

"The laptop data we've analyzed showed no evidence it was faked or tampered with," she said.

During the report, she says that two sources confirmed to her that Biden was the "big guy" from a May 2017 email that described putting 10 percent of a deal aside with a China-backed company.

"Two of Hunter Biden’s former business partners, including Tony Bobulinski, who received the email, told CBS News that the 10 percent ‘held by H for the big guy’ was shorthand for 10 percent held by Hunter for his father," Herridge reported. "The author [of the email, James Gilliar] has not responded to CBS News’ questions."

The laptop was brought into a Delaware computer shop and never picked by. The FBI took the laptop in December 2019 after Mac Isaac told the Bureau of its contents, and in October 2020, he gave the files to The New York Post.

"At no time did any individual, including Mr. Mac Isaac, have Mr. Biden’s consent to access his computer data or share it with others," Hunter Biden’s attorney Chris Clark said.