Now, The New York Times has admitted that the reporting was real, legitimate, and accurate, despite their previous statements that it was not. 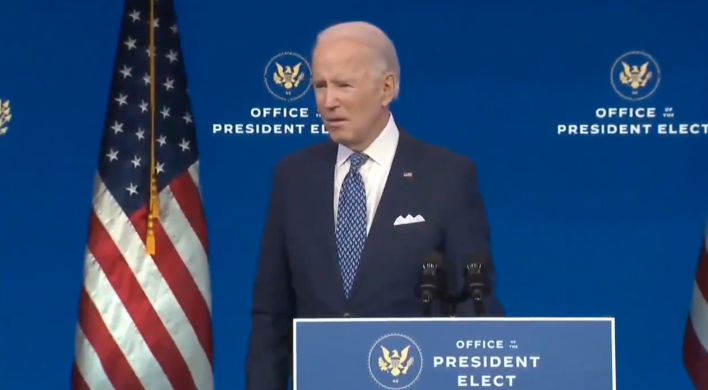 When President Biden was asked by Fox News' Peter Doocy if he believed that the bombshell reporting on his son's laptop by the New York Post was "Russian disinformation," he said "yes." Now, the New York Times has admitted that the reporting by the Post, gathered from Hunter Biden's laptop, was entirely legitimate.

The Post reported extensively on the laptop, and what it revealed about Biden's involvement in his son's business dealings in Ukraine, when Hunter Biden was on the board of energy giant Burisma. Biden, his team, and Democrats spread rumors that the information on the laptop was Russian disinformation; it wasn't.

Big tech companies censored and suppressed the stories, claiming they were based on hacked information. The Biden campaign team facilitated these stories about the laptop being disinformation. Twitter later apologized, but the damage was done, the stories were suppressed from the news cycles leading up to the 2020 presidential election.

Now, The New York Times has admitted that the reporting was real, legitimate, and accurate, despite their previous statements that it was not. Instead of reporting on the information contained on the laptop, the Times, NPR, Washington Post, and other outlets reported on why they wouldn't report on it, instead reporting on the revealed fact.

As recently at September 2021, The New York Times called the story "unsubstantiated." Months before, Hunter Biden said that the laptop was likely his.

Many on Twitter pointed out this hypocrisy. "Twitter suspended a major newspaper’s account for a story everyone is now forced to acknowledge was true. That’s fine, right? We’ll just be moving on?" The Post's Karol Markowicz asked.

Drew Holden issued an epic thread on the outlets that worked seemingly in lockstep to suppress the information.

Meanwhile, the White House, as recently as December, has refused to acknowledge the veracity of the laptop, its contents, or the implications for the Biden administration.