This is the latest policy update to come amid the company’s response to the unfolding invasion of Ukraine. 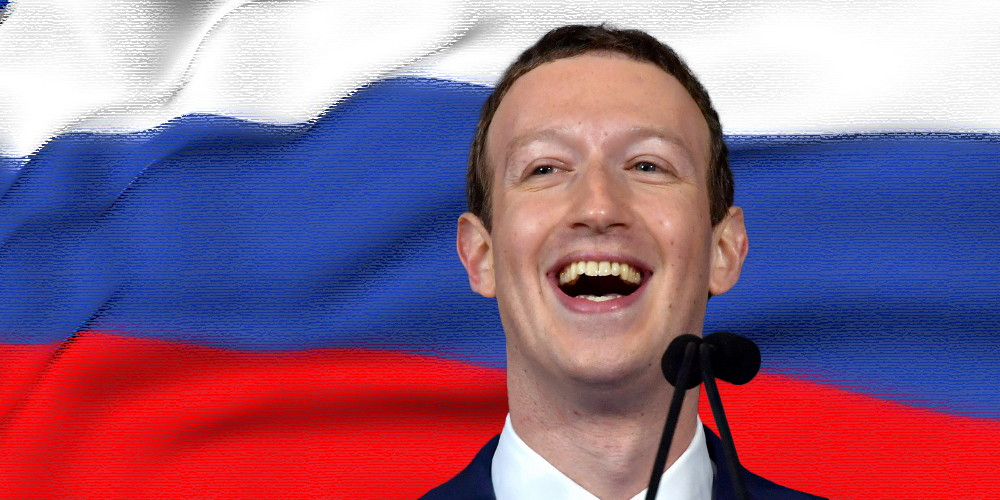 Reuters has since changed their headline to say "invading Russians" in particular.

Original story is as follows below:

Meta’s Facebook and Instagram on Thursday have made changes to their hate speech policy to allow for calls of violence against Russians and Russian soldiers amidst the Ukraine invasion.

In an exclusive from Reuters, they cite "internal emails" to content moderators about the updated revision. The outlet adds that calls for the death of Russian President Vladimir Putin or Belarusian President Alexander Lukashenko will be allowed to stay up on the platform within areas like Poland, Russia, and Ukraine.

The only time the company is said to take action against the aforementioned posts unless they have "two indicators of credibility, such as the location or method."

At the start of the Russia - Ukraine conflict, The Intercept revealed how Facebook decided to allow praise for the alleged Neo-Nazi Azov Battalion, as well. Previously the group was labeled under "Dangerous Individuals and Organizations," which the platform strictly moderates discussions on.

Last week, Meta released a public statement regarding how they were responding to the Ukraine invasion. In response to the crackdown on alleged Russian "misinformation" and the curtailment of outlets like Russia Today and Sputnik News.

In response, this led to Putin blocking access to Facebook for Russian citizens. It’s unclear how this latest policy change from Meta’s end will factor with that, going forward.

Mutual reactions of shock to the Reuters story have since cropped up:

"Is Facebook, by acting as a sovereign and declaring Russians belligerents should be killed, tagging itself as a participant in a hot war? Has anyone at Facebook thought through this?"

"If you're willing to adjust your principles in a crisis, they weren't really principles."

"Yet Donald Trump is still banned."

Other recent additions to Facebook in the "misinformation" vein include auto-filters for posts linking to things flagged by fact-checkers. The alternative search engine DuckDuckGo separately revealed their intentions to downgrade "Russia disinformation" sites in their results display, going forward.

In terms of perspective – it was at the beginning of February that the social media giant banned a group promoting an American trucker's convoy protest, given the widespread attention given by the Canadian government to the one then ongoing in Canada.