BREAKING: Heckler interrupts Trudeau, calling him a 'traitor to Canadians'

"Every Canadian is suffering, Justin! You're a traitor to Canadians!" The man said. 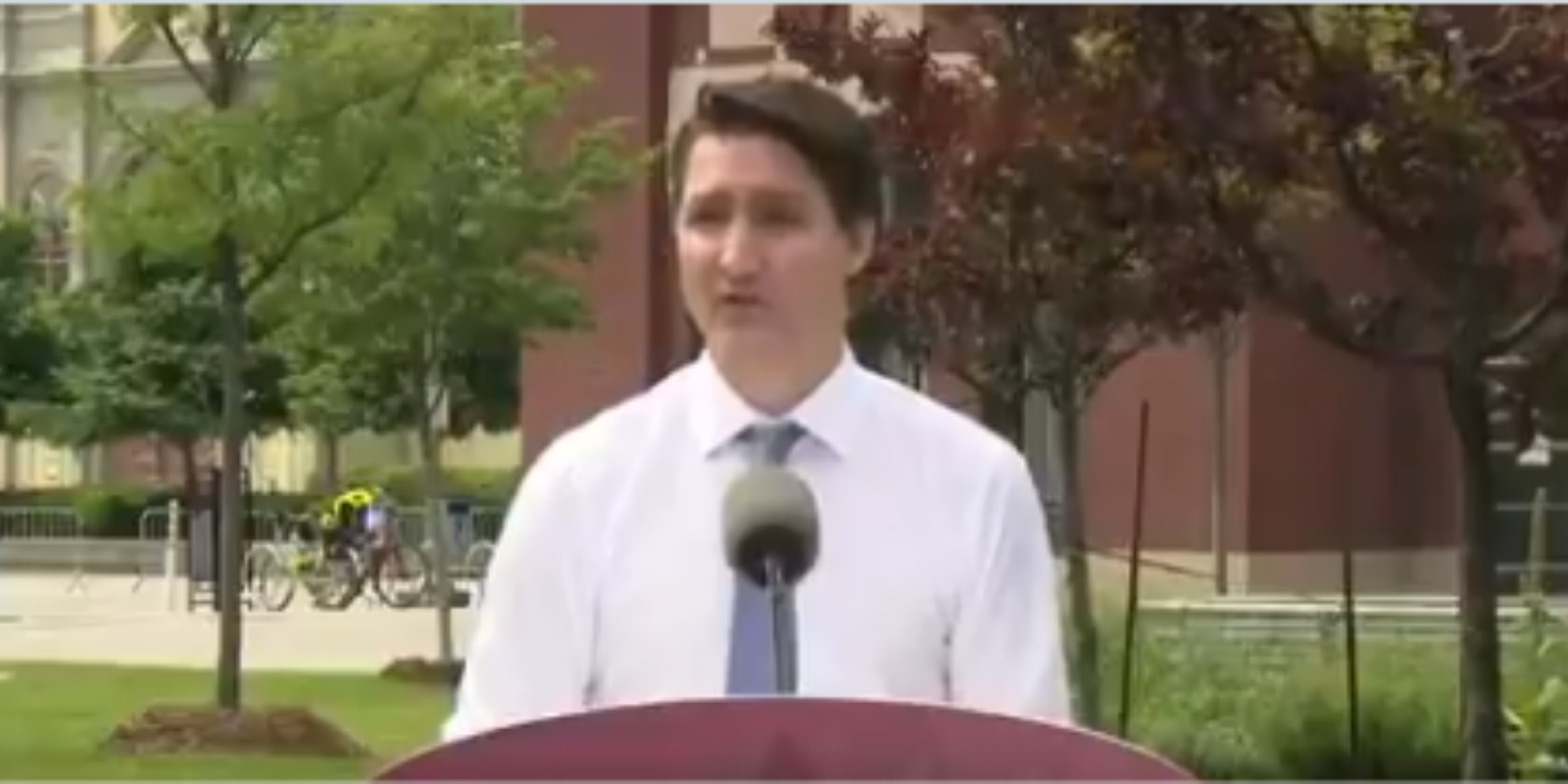 Prime Minister Justin Trudeau spoke on Thursday about wild fire which destroyed most of the town of Lytton, BC when a he was interrupted by a heckler.

"Buy everybody out. This is bankrupting us. Canada is bankrupt!" The man yelled.

Trudeau was just summarizing his points in English and starting to repeat them in French when a voice can be heard off-screen in the video.

"Every Canadian is suffering, Justin! You're a traitor to Canadians!" The man said.

"That's not fair. You're just thinking of yourself!" He said Trudeau should be arrested. Trudeau kept on speaking, giving remarks in French. He appeared nonplussed by the heckling.

Earlier in the press conference, Trudeau was asked about when the Canada-US border would reopen.

"Canadians still don't know when we might see some movement in opening with the US border, I'm hoping you can provide an update for me as to how talks with the United States are going on that front... At this point do you anticipate having to keep the border with the US closed to non-essential travel past July 21?"

Trudeau said that Canada is working "very closely with the United States to make sure that we're aligned in our approach, keeping both our citizens safe, while ensuring economics opportunities and trade continues uninterrupted, as it has over the past year despite the border being closed to 90 percent of travel."

As of Monday, the Prime Minister said, "Canadians will be able to start fully travelling again if they're fully vaccinated, and not have to quarantine when they come home."