The superintendent said the district "has a tradition of excellence and academics and everything we do, but the incident is being investigated and once the investigation is complete, appropriate action will be taken." 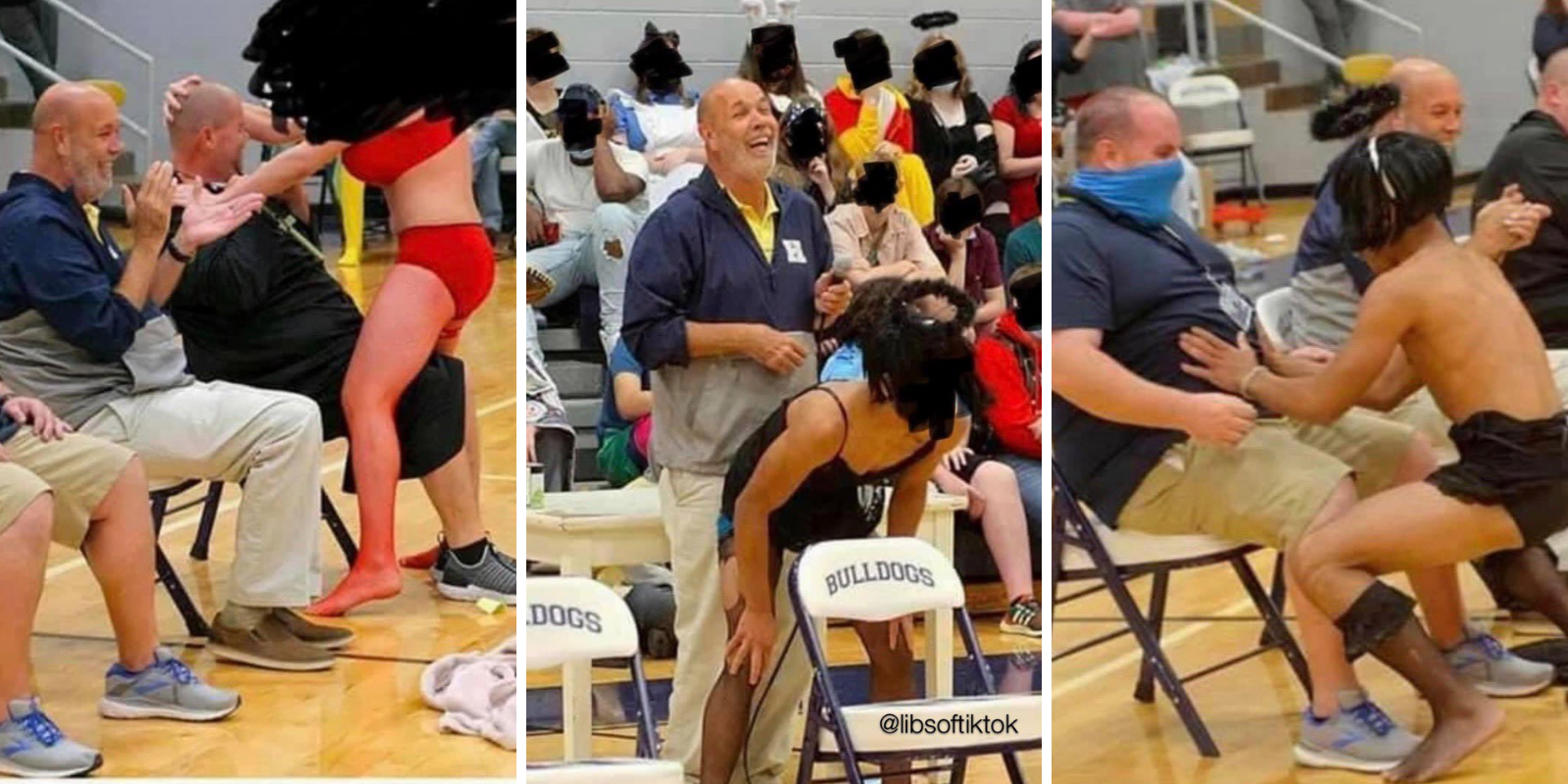 UPDATE: Hazard Independent Schools have released a statement regarding the viral photos of the high school assembly where male students wore women’s lingerie and danced on and around administrators and female students dressed as Hooter’s waitresses.

ORIGINAL STORY: An investigation is underway after photos surfaced on social media depicting a homecoming event at a Kentucky high school where male students partook in a "man pageant."

The male students seen in photos taken at Hazard High School's homecoming week festivities on Tuesday wore scant clothing, including women's lingerie, and gave staff members lap dances in the gymnasium, according to The Courier Journal.

Students and staff reportedly took part in a "Man Pageant" and "Costume Day" on Tuesday, according to Hazard High School's Facebook page.

Other photos removed from the athletics page, where the photos were first posted, showed female students dressed as Hooters waitresses and students and staff reportedly appearing to paddle each other.

Superintendent of Hazard Independent Schools Sonda Combs told The Courier Journal that the district "has a tradition of excellence and academics and everything we do, but the incident is being investigated and once the investigation is complete, appropriate action will be taken."

She declined to comment on whether the "Man Pageant" was an annual event, or give details on the investigation.

Toni Konz Tatman, Kentucky Department of Education spokeswoman, said the department is "aware of what took place in Hazard Independent Schools" and has "been in contact with the superintendent, who has informed us that the incident is under investigation."

"Kentucky law provides that school district superintendents are required to report instances of educator misconduct to the Education Professional Standards Board (EPSB). Therefore, if the investigation finds a certified educator likely violated the Kentucky Educator Code of Ethics, the superintendent is required to report this to the EPSB for potential action," Konz Tatman wrote in an email.

"If any citizen of Commonwealth feels that that Kentucky's educator Code of Ethics was violated by a certified educator, they can also file a complaint with the EPSB," she continued.

Aster Sizemore, a board member for Hazard Independent Schools, said he was at the high school Tuesday but did not attend that event.

"Normally, the principal, Happy Mobelini, is pretty dad-gum strict, so that surprises me, unless someone pulled something out of a hat," Sizemore said. "A kid comes to school with a short dress, you know, he makes them go home and change."