BREAKING: Jim Banks will introduce amendment to ban critical race theory in the US Armed Forces

Banks writes that "The United States' commitment to the equal dignity and natural rights of all mankind is the strongest possible defense against racism and oppression of all kinds." 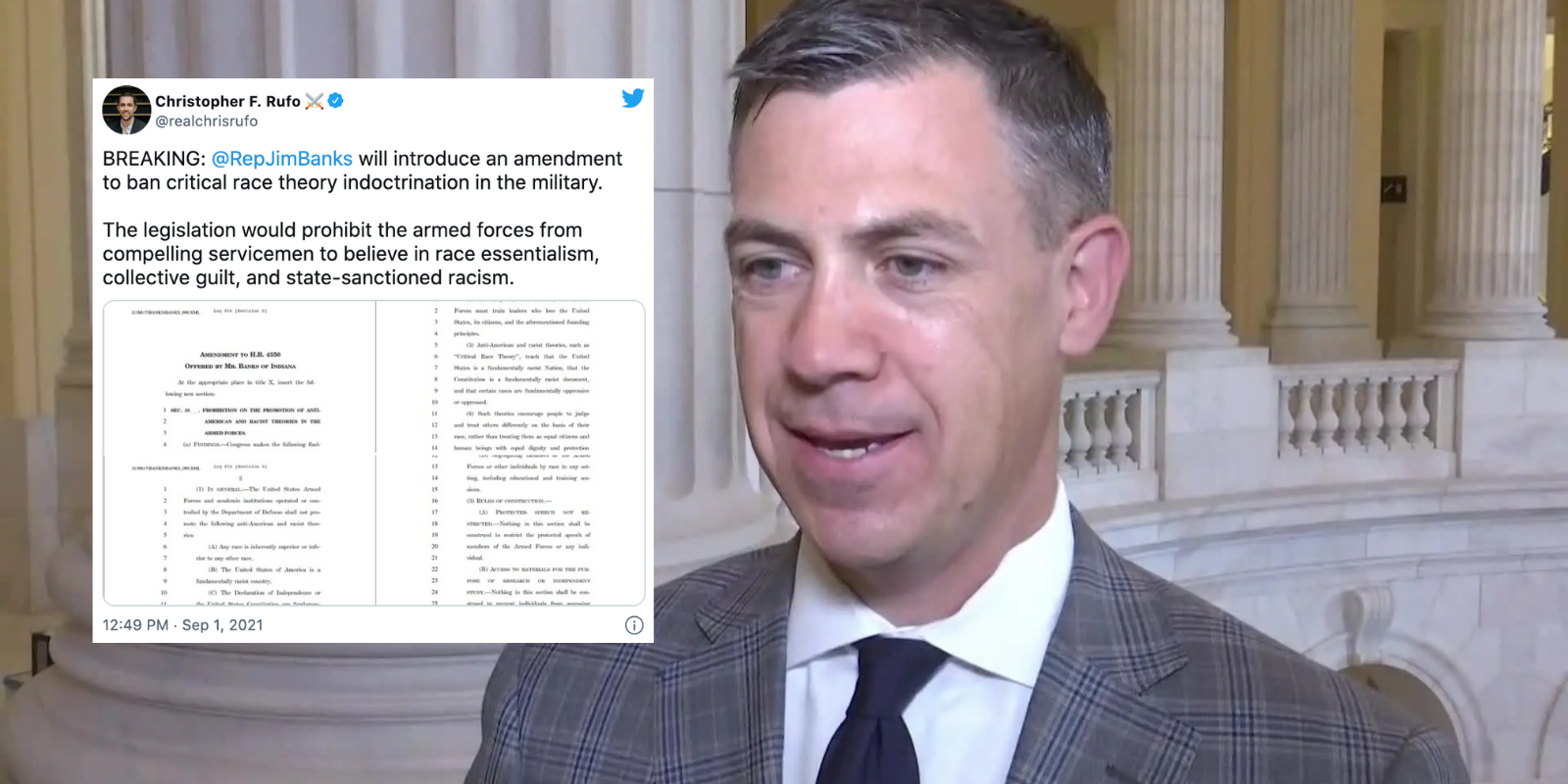 Rep. Jim Banks (R-IN) will introduce an amendment to HR 4350, which is the National Defense Authorization Act, to ban critical race theory in the military. It would "prohibit the armed forces from compelling servicemen to believe in race essentialism, collective guilt, and state-sanctioned racism."

Banks, who was disallowed by House Speaker Nancy Pelosi from servicing on the Jan. 6 special committee, wrote that "The United States' commitment to the equal dignity and natural rights of all mankind is the strongest possible defense against racism and oppression of all kinds."

In order for the US Armed Forces to enact their mission, they must, he wrote, "train leaders who love the United States, its citizens, and the aforementioned founding principles."

These theories, he writes, "encourage people to judge and treat others differently on the basis of their race, rather than treating them as equal citizens and human beings with equal dignity and protection under the law."

As such, he wants this material and ethos disallowed from the armed forces. What would specifically be banned would be the promotion of the idea that "any race is inherently superior or inferior to any other race," that the "United States of America is a fundamentally racist country," that the founding documents are racist, that race is a determinant in any person's moral character or worth, that race connotes that any person "is inherently racist or oppressive, whether consciously or unconsciously," or that a person of a given race "bears responsibility for the actions committed by other members of his or her race."

Chairman of the Joint Chief's of Staff General Mark Milley has defended the teaching of critical race theory to service personnel, saying that they were learning about it to get a "situational understanding about the country for which we are here to defend."

"But I do think it's important, actually, for those of us in uniform, to be open minded and be widely read in the United States Military Academy is a university. And it is important that we train, and we understand," said Milley said in June.