The public health emergency was set to expire on January 11, and the report comes nearly two months after he declared on 60 Minutes that "the pandemic is over," a statement that the White House later walked back. 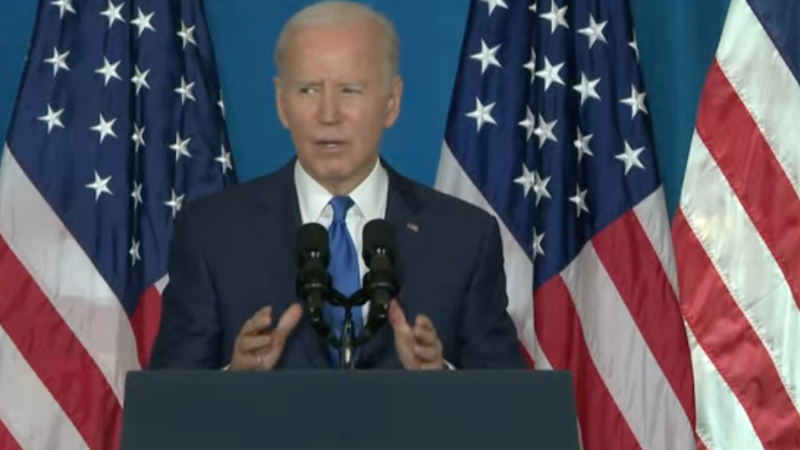 It was revealed on Friday that President Joe Biden is set to extend the Covid-19 public health emergency through at least April of next year.

The public health emergency was set to expire on January 11. This report comes nearly two months after Biden declared on 60 Minutes that "the pandemic is over," a statement that the White House later walked back, with Press Secretary Karine Jean-Pierre saying he said it because he was walking around the Detroit Auto Show.

The move, per the administration, will give the government more time to hand off responsibility for Covid-19 tests, vaccines, antiviral treatments, and other pharmaceuticals related to the virus to the private sector, one administration official told Reuters. The move also comes ahead of the possibility of another winter surge in cases, mirroring last year when Omicron circulated around the county.

The public health emergency had been declared in January of 2020 when the pandemic began taking place on American soil, and has been renewed every quarter since. In August, officials had signaled thought that they intended to let it expire in January.

The announcement also comes as House Speaker Nancy Pelosi stated that the US House would continue remote voting through Christmas Day, citing the ongoing "public health emergency" as the reason for the continued remote voting option.

Critics of the plan say that this is yet another move by the Biden administration to consolidate and retain federal power, bypassing the people's representatives in Congress.