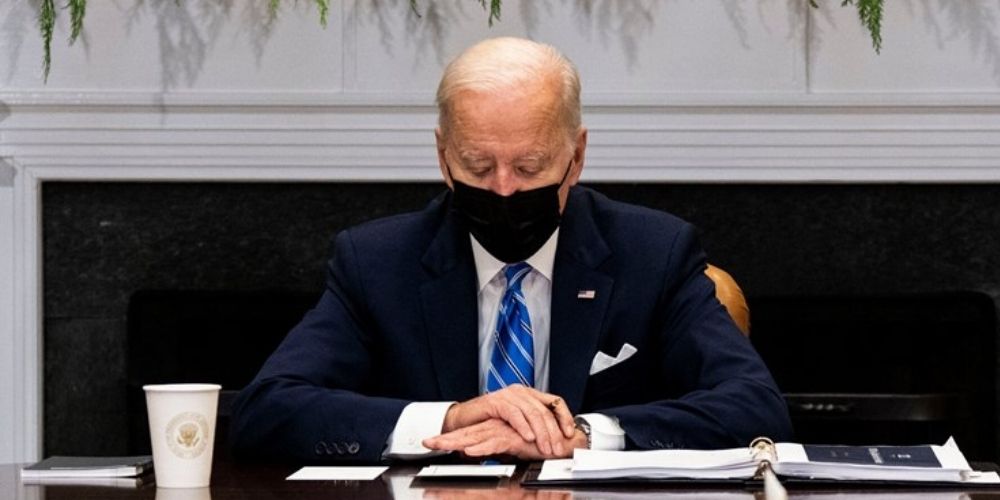 This is down from the last time Quinnipiac asked the question in November, when 36 percent of Americans approved, while 53 percent disapproved.

A notable amount of Democrats have flipped their stance of Biden’s job approval, with 75 percent approving and 14 percent disapproving in the recent poll.

Quinnipiac asked survey takers about Biden's handling of three key issues: the economy, foreign policy, and COVID-19 response, all of which received a majority of respondents saying they disapproved.

35 percent said they approved of his foreign policy response, with 54 percent saying they disapproved.

Nearing the one year mark of the Biden presidency, 50 percent of Americans said the job Biden is doing is what they had expected of him

Biden received a nearly split vote on whether he has united the country or divided it, with a slight majority, 49 percent, saying that he is doing more to divide it. 42 percent said he’s doing more to unite it.

Divisions and other factors within the current state of the US prompted a majority of respondents to say that a bigger danger to the US is political instability from within, not outside countries or forces.

76 percent said the biggest danger was internal instability, while just 19 percent said adversaries of the US was the bigger issue.

A majority of Americans also said that American democracy is in danger of collapse, with 58 percent saying so. 37 percent said it is not in danger.