BREAKING: Joe Rogan responds to 'political hit job' against him

"But, I do think you have to be very careful to not apologize for nonsense," Rogan noted. 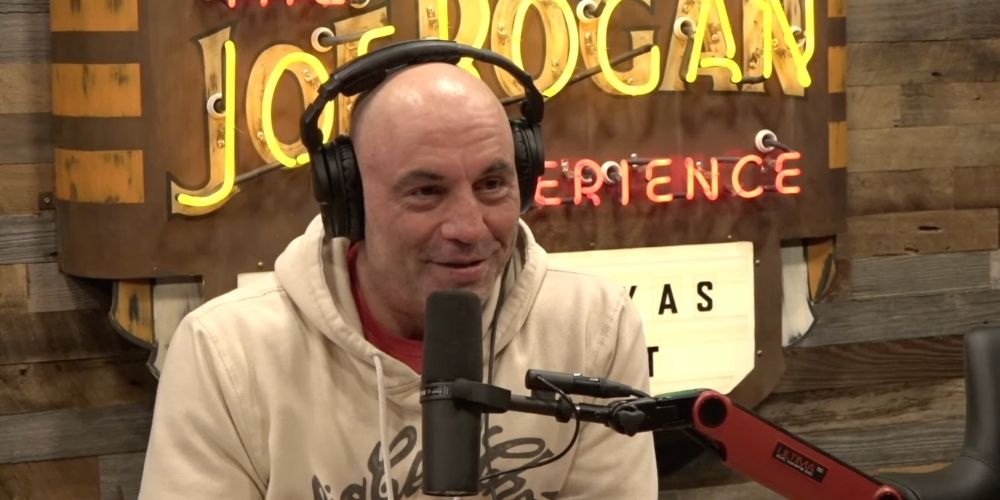 In Tuesday’s episode of the Joe Rogan Experience on Spotify, the show's namesake addressed the recent controversies he’s been at the center of, and the ongoing efforts to cancel and censor him.

Speaking with stand-up comedian, podcaster, and actor Akaash Singh, the episode opens up with the two discussing the most recent of the controversies regarding Rogan's past use of the n-word.

"If you stay offline it's just real life," said Rogan. "You just have to stay offline. You just, life goes on as normal."

"In real life is people that know you, and you're a great guy," said Singh.

Rogan went on to call the incident both a "political hit job," as well as a "relief."

"You know, in a lot of ways, like, all this is a relief, because it's like, just because that that video it always been out there. It's like, this is a political hit job. And so they're taking all this stuff that I've ever said that's wrong and smoosh it all together, but it's good because it makes me address some sh*t that I really wish wasn't out there," said Rogan.

"But, I do think you have to be very careful to not apologize for nonsense," Rogan noted.

As an example, Rogan noted a recent defense given by Asian-American actress Awkwafina for the way she talks, with critics saying that she talks with a "Blaccent."

On Monday, both former President Donald Trump and Florida governor Ron DeSantis both urged Rogan to stop apologizing for his past statements.

Trump released a statement on Monday telling Rogan to "to stop apologizing to the Fake News and Radical left maniacs and lunatics."

"Joe Rogan is an interesting and popular guy, but he’s got to stop apologizing to the Fake News and Radical left maniacs and lunatics. How many ways can you say you’re sorry? Joe, just go about what you do so well and don’t let them make you look weak and frightened. That’s not you and it never will be!" Trump said.

In an interview with Fox News the same day, DeSantis expressed a similar sentiment, saying that legacy media outlets and the left "fear the fact that he can reach so many people, and so they're out to destroy him."

"No, he shouldn't have apologized. I mean, you see what happens? The mob will come after people, and they're targeting Rogan because he's threatening to upset the apple cart on some of the things that they're holding dear. And with COVID, he's just bringing opposing views. He's letting people decide. They say he's against [the COVID vaccine]. I do not listen to his show, but then I read he specifically advocated for people with co-morbidities and elderly to get vaccinated," DeSantis said.

"I think a lot of the legacy outlets and I think the left fear the fact that he can reach so many people, and so they're out to destroy him. But what I would say is don't give an inch. Do not apologize. Do not kowtow the mob. Stand up and tell them to pound sand; if you do that, there's really nothing that they're able to do to you. The only way they have power is if you let them get your goat," he added.