"I would be so thrilled if President Trump runs. And I would absolutely wholeheartedly support him," Kari Lake said. 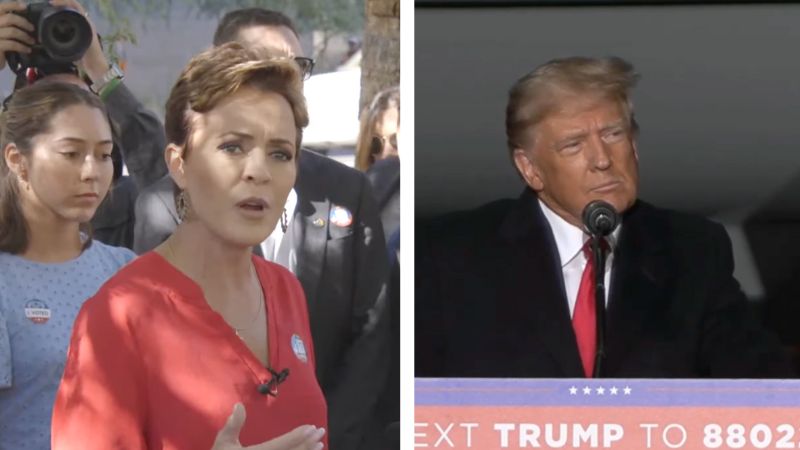 In response to a question asking about what her response would be if Trump announces another run for president, Lake said she would be "elated."

"I would be so thrilled if President Trump runs. And I would absolutely wholeheartedly support him," she said.

"We need President Trump back in office to fix what Joe Biden has screwed up," she added.

The statement from Lake came less than a day after the former president teased a "major announcement" to be made from Mar-A-Lago on November 15.

"We want nothing to detract from the importance of tomorrow," Trump said in a Monday evening rally.

Lake also addressed reports of malfunctioning machines in Maricopa County, telling the crowd, "this is incompetency, I hope it’s not malice."

"They may be trying to slow a red tsunami, but it’s coming. And we are going to take back Arizona," she said, urging voters not to get out of line.

"Don’t let this craziness stop you from voting," she later added.