Addressing a reporter's question on the matter, he said "But I understand why individuals want to do it, and we'd look at it," he said. 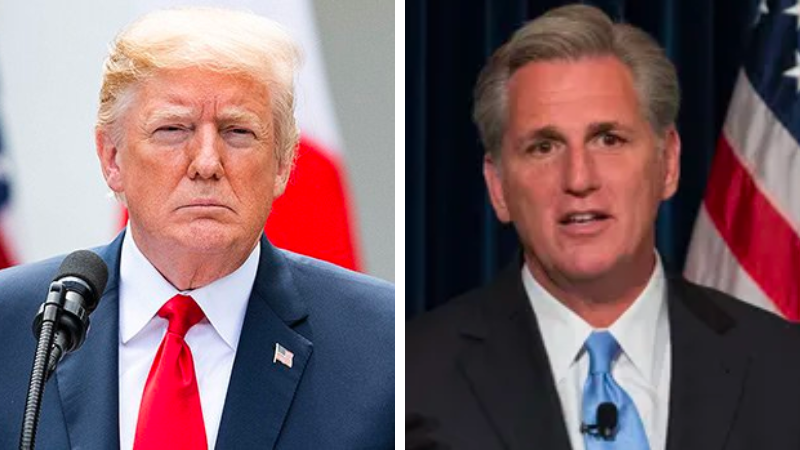 Libby Emmons Brooklyn NY
Jan 13, 2023 minute read
ADVERTISEMENT
ADVERTISEMENT
"I would understand why members would want to bring that forward," McCarthy said of those lawmakers who might like to expunge former President Trump's impeachment votes, both of which were undertaken on false premises.

Addressing a reporter's question on the matter, he said "But I understand why individuals want to do it, and we'd look at it," he said, per The Hill.

The 117th Congress saw a group of GOP legislators led by Markwayne Mullin of Oklahoma bring a resolution to expunge the 2021 impeachment, which came as Trump was already on his way out of office. The House brought the impeachment charge after the Capitol riot of January 6, 2021, deciding unilaterally that Trump was to blame and had been in violation of his oath of office.

After that impeachment, the House under former House Speaker Nancy Pelosi convened a special committee to investigate the event, and was unable to provide any proof, even after two years, that Trump had been involved in staging or instigating a riot.

Mullin alos looked to expunge Trump's impeachment of 2019, which was based on a faked dossier that alleged Trump had colluded with Russia to influence, or steal the 2016 presidential election. The documents that were the basis of the charge were later found to have been fabricated by those affiliated with opponent Hillary Clinton's campaign.

McCarthy won a contentious vote in the House to become Speaker of the House on January 6, and was able to win the votes needed after negotiations within the Republican Party. The democratic process took 15 votes to result in a victory for McCarthy, but led to a broader unification of the Republican Party in Congress.