BREAKING: Maricopa County election officials try to reassure voters amid reports that 'nothing is working'

Gates continued on to say that officials are trying to fix this issue "as quickly as possible," and added that "we also have a redundancy in place." This as poll workers report that "nothing is working." 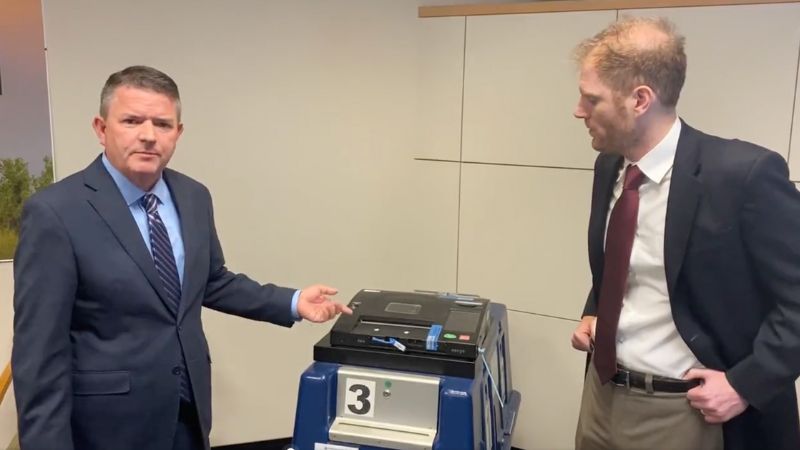 The update from officials comes as more reports of malfunctioning voting machines emerge in the Arizona county. One poll worker was seen telling a voter that "nothing is working for the last half hour," and reiterated the statements made by county officials.

Bill Gates, Chairman of the County Board of Supervisors, and County Recorder Stephen Richer provided an update to Twitter as to the complications their tabulating machines are currently facing.

"We've already had almost 44,000 people show up this morning, check-in and be available to vote, and things are going great out there," said Gates.

"But there's one thing that we wanted to address to make people aware of today, and that has to do with our tabulators. We've got about 20 percent of the locations out there where there's an issue with the tabulator, where some of the ballots that after people have voted them, they try and run them through the tabulator and they're not going through," he added.

Gates continued on to say that officials are trying to fix this issue "as quickly as possible," and added that "we also have a redundancy in place."

"If you can't put the ballot in the tabulator, then you can simply place it here, where you see the number three, and this is a secure box where those ballots will be kept for later this evening. We'll bring them in here to central count to tabulate them," said Gates.

Richer said that the redundancy option would function "much like early voting functions," and added that "this is actually what the majority of Arizona counties do on Election Day.

Additionally, Gates said that that there are 223 voting centers across the county, and if "there were long lines at the location you’re at, or issues with the tabulator, if you would prefer to go to another location you can do that."

Another poll worker was seen on Tuesday morning explaining that one tabulator was not working, and the other one was rejecting 25 percent of ballots, explaining that in this case, voters should drop their ballots in box 3.