At a polling location at the Anthem Outlets on Tuesday morning, a poll worker informed a line of Arizonans waiting to cast their vote that their two tabulators are not working properly. 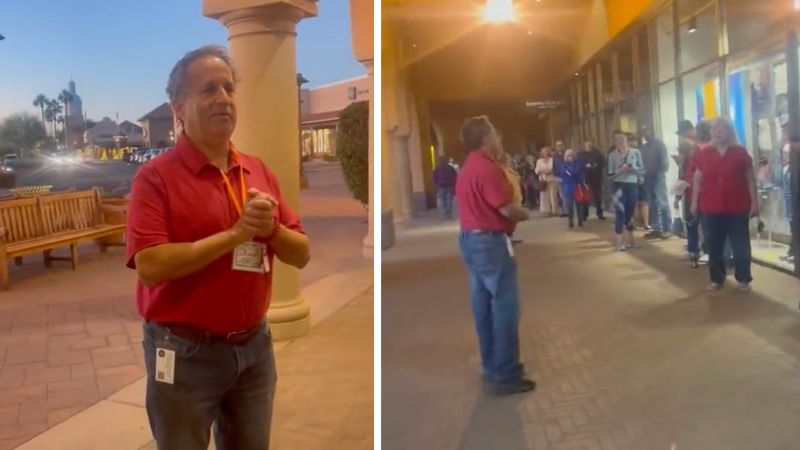 As Americans head to the polls in Arizona, voters in Maricopa County, the most populous county in Arizona, are running into issues as they attempt to turn in their ballots.

At a polling location at the Anthem Outlets on Tuesday morning, a poll worker informed a line of Arizonans waiting to cast their vote that their two tabulators are not working properly.

"So when it’s misread, you have an option to put it into what’s called box 3, and it gets read, whether it goes downtown and gets read manually, or whether it gets re-fed into our tabulators, they get read."

"So no one’s trying to deceive anybody," he added.

When a woman asked if this were to happen to her, could she take her ballot from the building to another polling location, the man informed her that the ballots cannot leave the building.

The woman left the line, saying that she doesn’t trust the box 3 to be counted.

Across the county in Phoenix, poll workers at the Burton Barr Library revealed similar issues with their tabulators, according to ABC15 reporter Amelia Fabiano.

Poll workers are reported telling voters to vote down the street at the art museum.


On Twitter, Maricopa County said that voters have three options: "hey can drop off ballots at door number three, wait for tabulator to come online, or go to another location nearby."

According to Maricopa County, the county uses Dominion Democracy Suite 5.5B to tabulate votes.