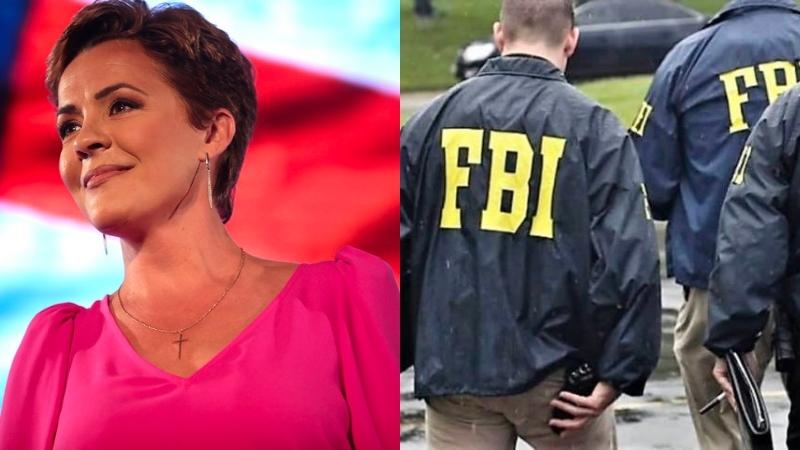 According to a Daily Mail report, law enforcement officials were present at the offices from 10 pm to 5 am the next morning after Lake's team reported what they believe to be a "terroristic attack, trying to intimidate Kari and the campaign staff."

A source familiar with the Republican's campaign told Daily Mail that "one of Kari's staffers opened up an envelope that had a suspicious white powder in it and had a letter in there with a bunch of vulgarities and ranting and raving about Kari."

"The employee then noticed [a] second package that was exactly like the first one she had opened and she reported it," the source claimed.

The report was responded to by a hazmat team and bomb squad, as well as the FBI who took the powder away for analysis.

Sergeant Phil Krynsky of the Phoenix Police Department said "Officers responded to a found property call at an office building near 40th Street and Camelback Road. When officers arrived they learned there were suspicious items located inside the mail. Additional resources responded to collect the items and secure the area."

According to Krynsky, no one was hurt, but the "investigation remains active."

The Arizona gubernatorial race is getting tight just days before the election, with Lake in the lead according to a new FOX 10 InsiderAdvantage poll. The poll found that Lake is up by three points at 51 percent to Hobbs' 48 percent.

Last Tuesday, police responded to Hobbs' campaign headquarters to reports of a break-in, which Hobbs initially suggested was the result of Lake's campaign and her rhetoric.

However, it was revealed that the suspect was an illegal alien from Portugal, 36-year-old Daniel Mota Dos.

Immigration and Customs Enforcement (ICE) said that before an immigration detainer could be issued, Mota was released on bond.

According to Yasmeen Pitts O'Keefe, ICE's public affairs officer, Mota is "currently at-large for administrative immigration violations for failing to maintain his status as a registered student at an academic institution."
ADVERTISEMENT
ADVERTISEMENT
kari lake fbi