Kari Lake turns tables on Liz Cheney, thanks her for 'attack ads'

Cheney, who lost her GOP primary election to Harriet Hageman in August after losing much of her base due to her devout never-Trumpism, spent $500,000 from her new PAC, The Great Task, to tell Arizona voters to ditch pro-Trump Lake. 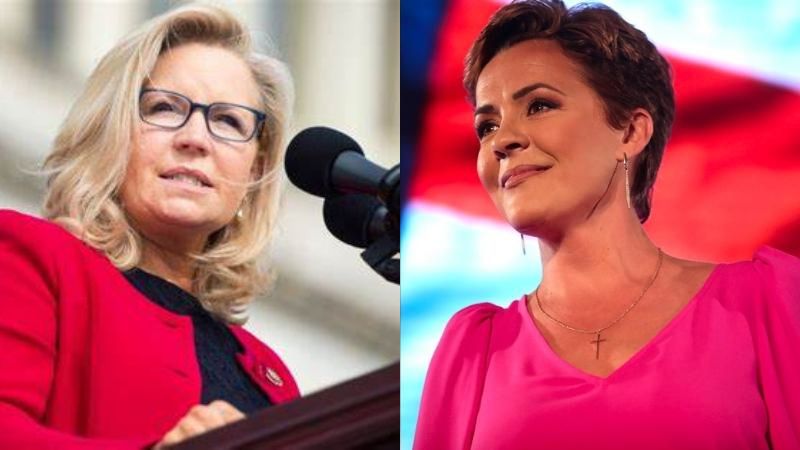 Cheney, who lost her GOP primary election to Harriet Hageman in August after losing much of her base due to her devout never-Trumpism, spent $500,000 from her new PAC, The Great Task, to tell Arizona voters to ditch pro-Trump Lake, according to Daily Mail.

The ad featured a clip of Cheney from her recent appearance at a McCain Institute event at Arizona State University's campus in Tempe, in which she slammed Lake as well as Republican secretary of state candidate Mark Finchem.

"And if you care about the survival of our republic, we cannot give people power who will not honor elections."

Hours after the ad aired, Lake released her fiery response.

"Dear Liz, Thank you for your generous in-kind contribution to my campaign," Lake wrote.

"Your recent television ad urging Arizonans not to vote for me is doing just the opposite. Our campaign donations are skyrocketing and our website nearly crashed from traffic as people rushed to learn more about my plan to put Arizona first and join our historical political movement."

"In fact, my team tells me your commercial should add another 10 points to our lead! I guess that's why they call the Cheney anti-endorsement the gift that keeps on giving," she added.